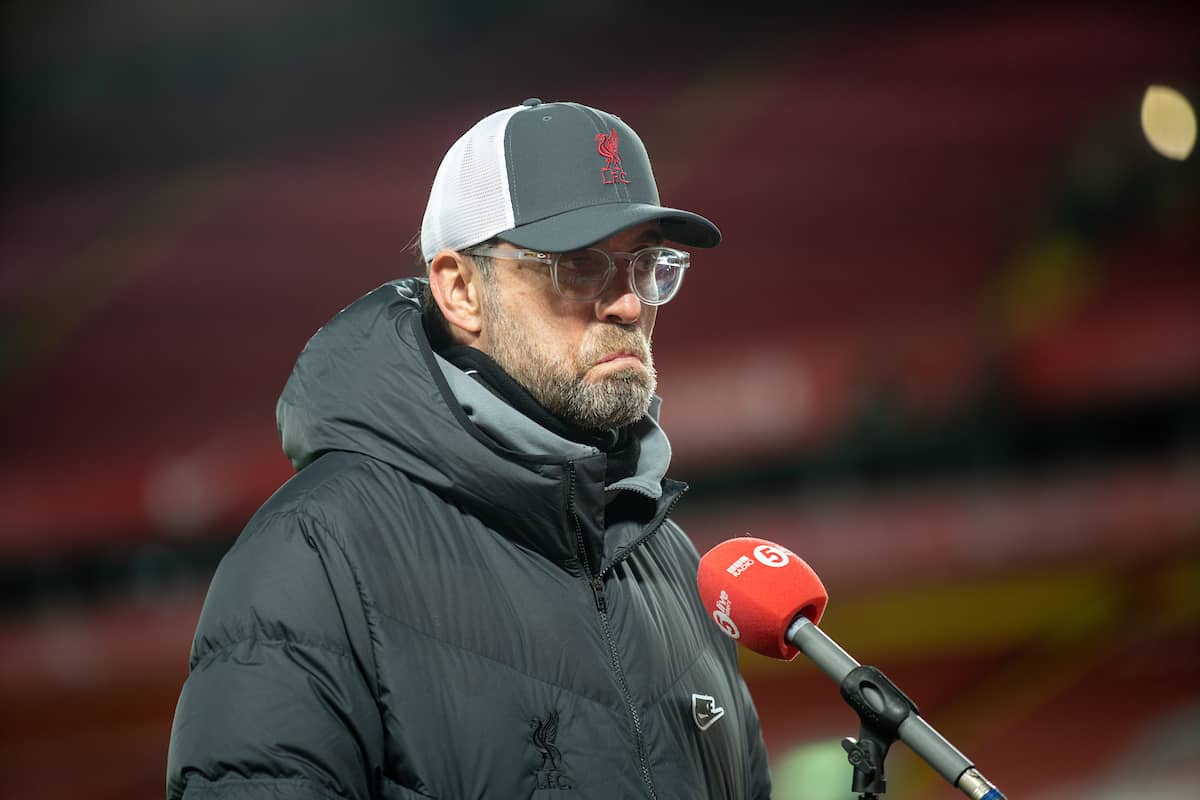 Jurgen Klopp conceded Liverpool were not good enough “in the decisive moments” in their 1-0 defeat to Chelsea as the boss refused to blame the circumstances for the result.

It was another game where Liverpool found themselves on the end of a narrow defeat, but an inability to muster an attacking threat ensured they could never drag themselves back.

Mason Mount’s boot was the one to inflict the defeat in another game which showed off all of the Reds’ shortcomings this season.

The result is one that leaves Klopp’s men with a mountain to climb for a top-four spot and when reflecting on the game, it was all about the decisive moments.

“Yeah [I will try to lift them], but not tonight. I will try to be as honest as possible, I told the boys what I saw tonight” Klopp told reporters.

“It’s not that we go for any issues in this moment, these games are decided in moments, always like this, and to get these moments back you have to fight.

“And some moments you have to fight on a different level as well, that’s what I told the boys. It’s not about tactics in these moments, it’s about being resilient and heart and all these kind of things.

“It’s not that the boys didn’t show heart, I know they did and what they invest, but we talk about the last three to four decisive percent and it will never happen that we will start blaming the circumstances or whatever.

“We had a really good team on the pitch tonight, but in the decisive moments we were not good enough.”

The boss also offered an explanation for substituting the club’s leading goalscorer Mo Salah when chasing the game.

Not that it was not before, but Sunday’s matchup with Fulham is a must-win to at least look to keep pace with those challenging for the top four.