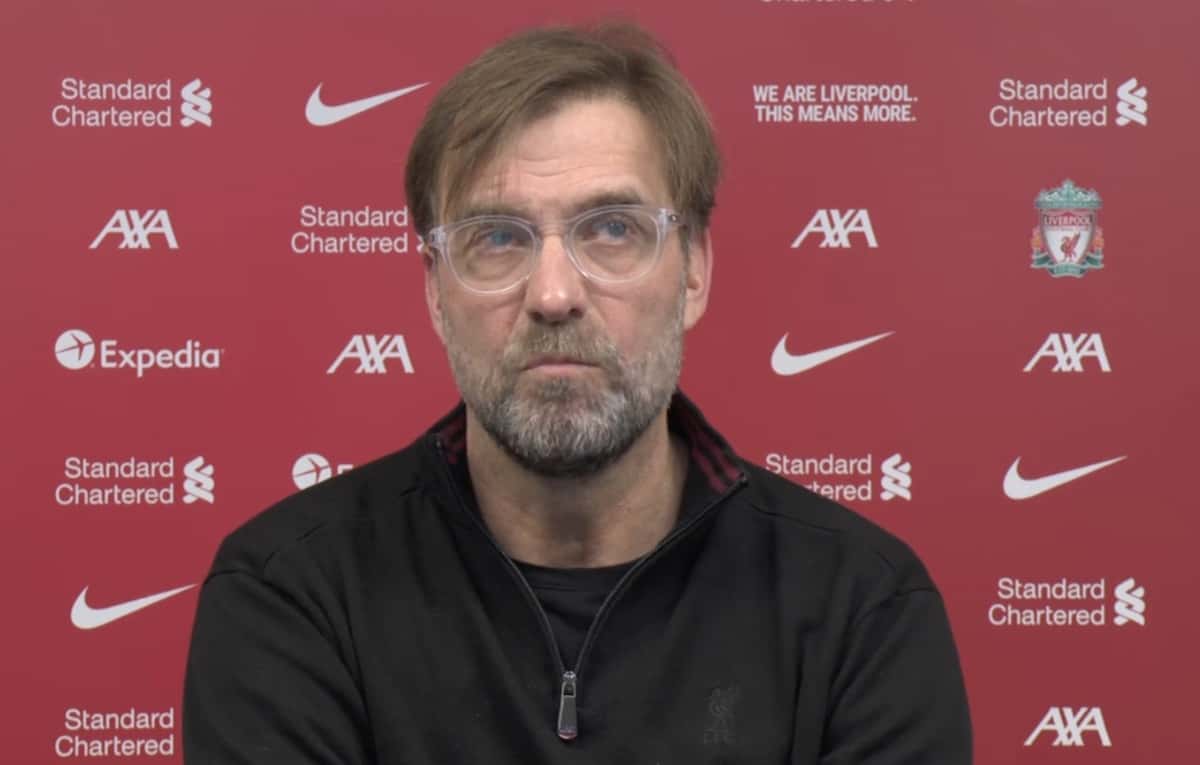 Jurgen Klopp was quick to note Fulham’s point haul surpasses that of his side in recent weeks to ensure it will be a “tough” contest on Sunday in a sign of the times.

It’s a sad sight when you realise in the last six games Fulham have picked up nine points whereas the Reds have accumulated a measly three.

It leaves Scott Parker’s side clawing their way out of the drop zone while Klopp’s men fall further away from the top four as they are instead the ones with relegation form.

A game such as this should not hold such trepidation but without a win at Anfield in the last five and without a goal in open play in more than 10 hours it is hard not to feel as such.

And the manager acknowledged the state of play in his pre-match press conference as he refused to judge the Cottagers based on their position as their recent results speak for themselves.

“For Fulham, a difficult start but in the last few weeks for sure they’ve got more points than we’ve got and that says everything so it will be a tough one,” Klopp told reporters.

“It’s a football-playing team. They have an incredible possession record for a team in that area of the table so they tried their way and it looks like it will work out.

“A few months ago maybe it looks like it was already decided which three teams go down and that’s now completely different so it’s all close again.

“I saw a few pictures from their game [against Tottenham] and you saw a very active Fulham side and Tottenham had to do everything to defend them, and that’s what will be the job for us as well.

“I hope we can have a little bit more possession and can create more problems for them but we have to be ready for a proper game because we shouldn’t make the mistake to judge Fulham because of their position in the table.”

The boss also revealed Ozan Kabak is unlikely to feature on the weekend due to “a little problem” while there were also words on Mo Salah after his substitution was met with bemusement on Thursday.