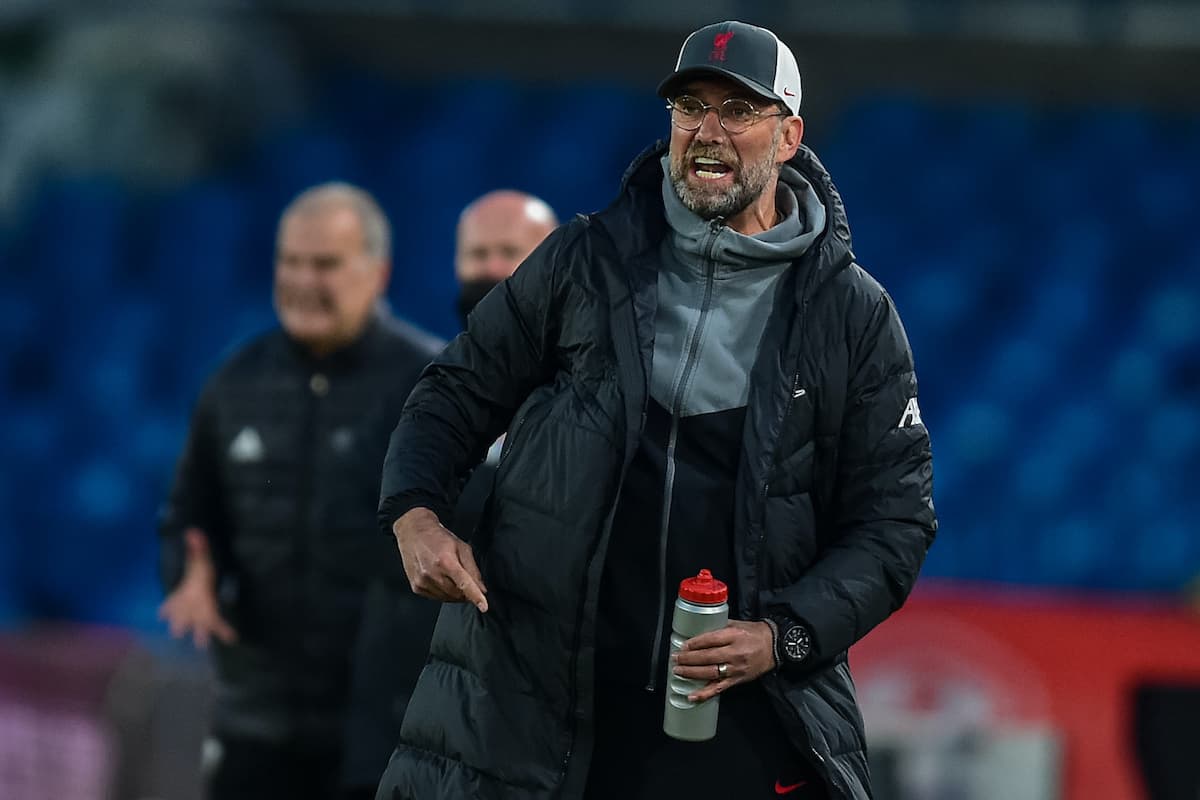 Jurgen Klopp is understood to have been “furious” over Liverpool’s involvement in the Super League and the announcement that was made on the eve of what was an important match.

The manager was thrown under the bus on Monday evening as the club’s owners safely sheltered in the shadows and watched the backlash to their abhorrent breakaway league unfold.

It overshadowed what was a vital game in the top-four race at Leeds with a win to move the Reds ahead of West Ham, but by kick-off, many were asking does any of it matter?

If the Super League were to come to fruition next season, Liverpool could lose every game from here on out and still go toe-to-toe with Europe’s ‘big guns’.

And Klopp once again reiterated that “I don’t think it’s a great idea” after the draw, becoming one of many growing voices to stand against the notion, which he only found out about on Sunday evening like the rest of us.

According to the Athletic‘s James Pearce, the manager was “furious over both FSG’s willingness to join the ESL and the timing of the announcement so close to a pivotal fixture against Leeds.”

Klopp had to therefore spend the day of the game preparing himself for the media onslaught and urge his side “not to be distracted” and “retain focus on achieving a top-four finish.”

A monumental task considering the role Liverpool’s hierarchy has played in all of this, which they remain tight-lipped out when you’d think they would be bragging about it.

But you wouldn’t know Klopp’s position if you were to look across to the club’s official website, with the transcript of his post-match press conference coincidentally missing all that was said about the Super League.

Treatment that was also given to James Milner who had hit the nail on the head with his assessment and hope that “it doesn’t happen.”

It’s a diabolical position for those at the top to put Klopp in and it’s no surprise that he would feel opposed to a concept that plays into the hands of billionaires and not the lifeblood of the club.

That they’ve already rendered a top-four race meaningless and hollow is an early window into what life would be like with the Super League.

The report states that Klopp “intends to seek urgent discussions with the owners” and that he himself said he “will try to sort it somehow” provides a flicker of hope for another u-turn.