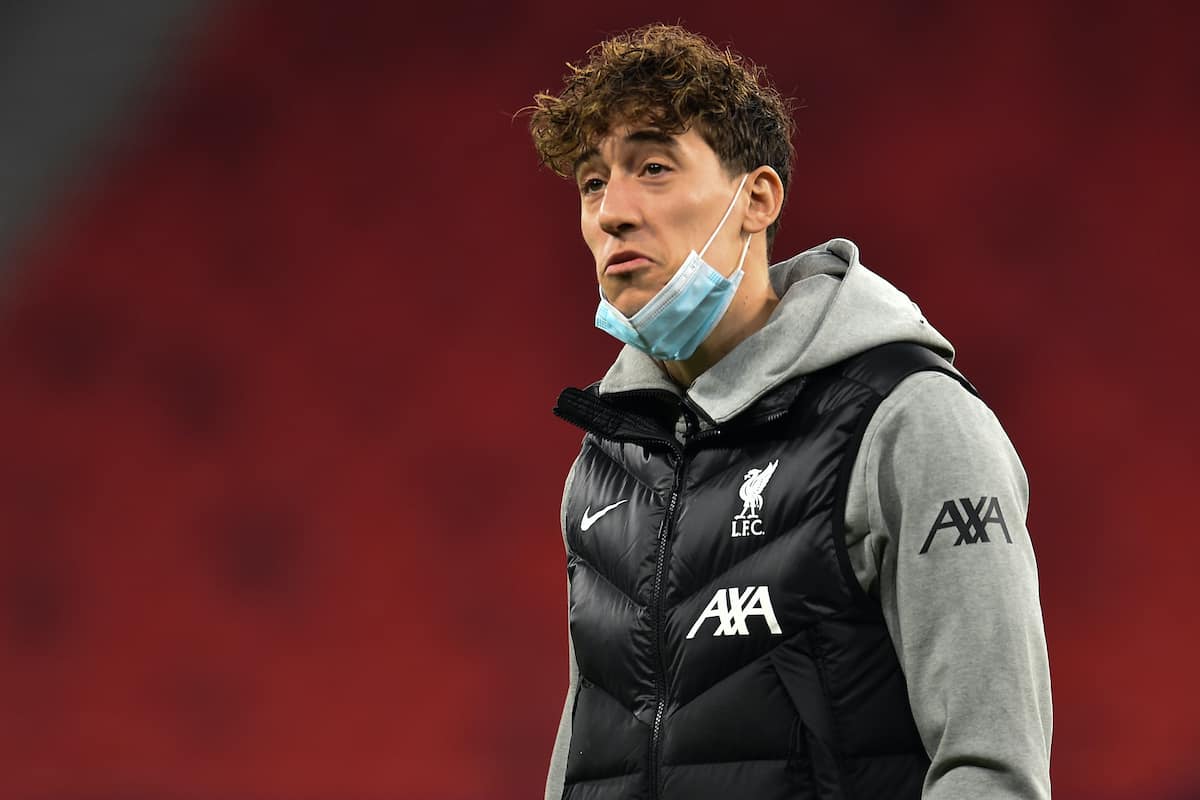 Despite Andy Robertson‘s overexposure for club and country this season, Kostas Tsimikas was left out again as Liverpool hosted Aston Villa, baffling supporters.

Tsimikas was brought in as much-needed cover for Robertson last summer, with the Greek arriving from Olympiakos in a £11.75 million deal following links with Jamal Lewis.

Lewis ultimately joined Newcastle and his disappointment at missing out on a move to Anfield has at least been tempered by the fact he has played the equivalent of 20 games more than Tsimikas so far this season.

Liverpool’s No. 21 has struggled with injuries and a bout of COVID-19 since arriving on Merseyside, but he has now been fit for almost three months and played just six minutes in that time.

Robertson, meanwhile, has clocked more minutes on the pitch than any other Reds player, and also played every minute of Scotland’s three games during the recent international break.

Ahead of a must-win Champions League quarter-final at home to Real Madrid on Wednesday, the Scot was expected to be rested against Villa, but instead he was handed his 49th start for club and country in 210 days.

Tsimikas, meanwhile, was forced to settle for a place on the Liverpool bench for the 22nd time, prompting fans to question why he was even signed:

Did I dream Liverpool signed Tsimikas? He must be angling for a move this summer. If he can’t be used in a season when games come every 72 hours he’s never getting a look-in.

I cannot even imagine how bad Tsimikas must be in training. Robertson playing again seems absolutely ridiculous.

Team selections are becoming more and more difficult to understand.

You would’ve thought playing the back-up left back once in a while might be worth a go when the first choice has barely had a rest in three years.

Kostas Tsimikas must be awful in training. Fit for the last three months, played SIX MINUTES in that time.

Robertson has started 5 games in 13 days for Scotland and Liverpool, playing 90 minutes in 4 of them.

We signed Tsimikas for this exact situation and he still can't start? It makes zero sense.

Tsimikas sounds like an insurance policy signing but not one who is trusted to cover in a proactive way more as a reactive way of/if any injuries happen to Robbo. He will burnout

The manner in which Tsimikas is being used is pointless. He's a very good left-back, can't understand why he's not getting any games. Can't be any worse than Robbo has been recently. https://t.co/dRGmP4gR2Q

Soon after Tsimikas’ arrival, Klopp explained how he and Neco Williams would be utilised to avoid burnout for Robertson and Trent Alexander-Arnold, as “they cannot play every season 50-something games.”

“It would limit their careers, to be honest, even when they come through,” the manager said.

That “proper option” has barely been used, and it looks unlikely he will be between now and the end of the season unless both Robertson and James Milner pick up injuries.

A lack of consistency at centre-back has restricted Klopp’s rotation with his full-backs, but with Nat Phillips and Ozan Kabak now settled and a big European decider on the horizon, surely now Tsimikas could be trusted.

It seems the answer is no.