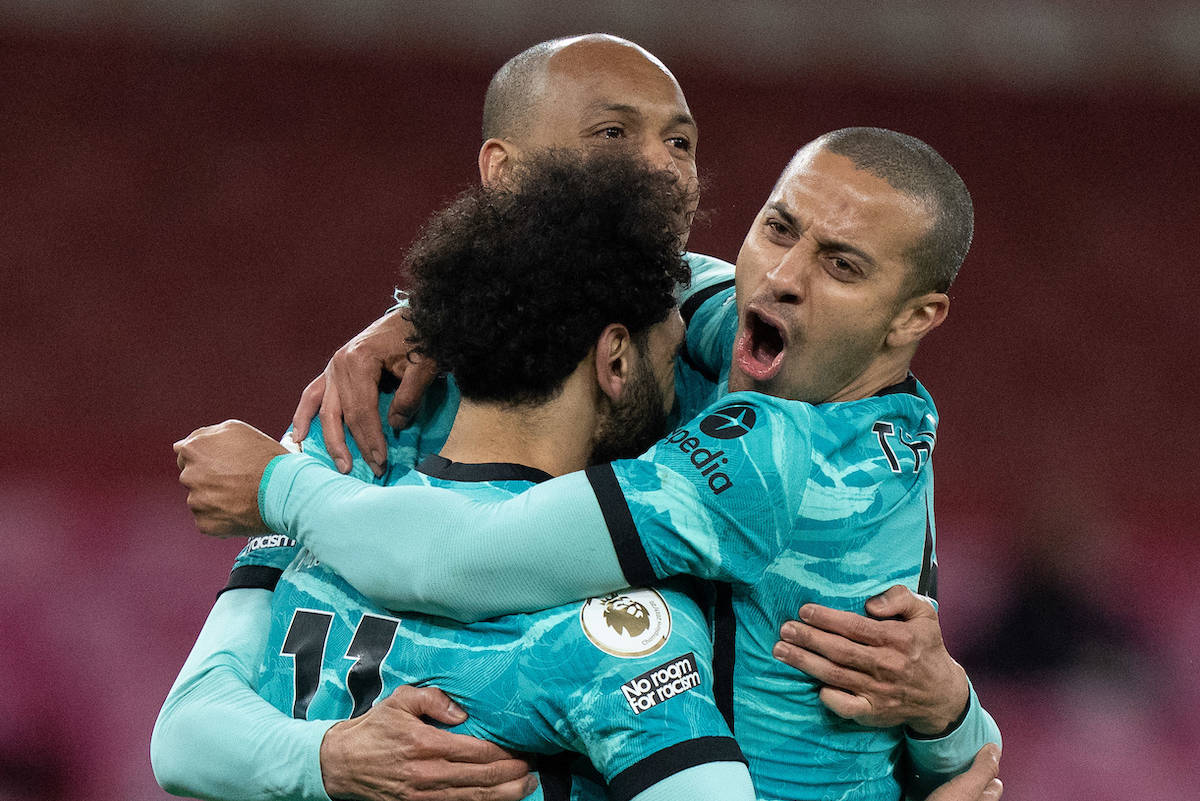 Thiago has reiterated Liverpool’s aim this season is to “win the Champions League,” with silverware and a place in the competition in 2021/22 a priority.

Jurgen Klopp‘s side breathed new life into their top-four hopes over the weekend, with a dominant 3-0 victory over Arsenal moving them to within two points of a qualification spot.

With eight games remaining, Liverpool have ample opportunity to keep within striking distance and secure passage to Europe’s top table for next season through the Premier League.

And the Reds hope to do just that with a winning run from now until the final game against Crystal Palace, as Diogo Jota and now Thiago have stated.

But a piece of silverware in the form of European Cup No. 7 sits alongside that target as the agenda for the remainder of the season, with Thiago outlining as such days out from the meeting with Real Madrid in the quarter-finals.

“Being realistic for this season, our aim is to win the Champions League and qualify for the next one,” he told BBC’s Football Focus.

“And then to try to win all the games in the Premier League. We are very optimistic with that and hungry about those games coming forward.

Liverpool will be eager to take one step closer toward their Champions League objective on Tuesday, where they will meet Real Madrid in the first leg in the Spanish capital.

Thiago himself is no stranger to European success having clinched the title with Bayern Munich last season and with Barcelona in 2010/11, adding more know-how into a side who have domestic and European triumphs to their name in recent years.

And the Spaniard, who has needed to adapt following his summer move, knows his team have the quality to achieve their goals.

“It’s fantastic to play under him. You learn a lot and you have to get used to a different way of playing, something I like very much,” Thiago added on playing for Klopp.

“This means that you have to adapt and develop. The quality of the teammates makes it even easier to play good football.”

There will be no stone left unturned in their bid to do so and to get to the final they would need to overcome the 2018 winners and one of Porto or Chelsea, but that the squad are on the same page shows the goal for the final games is clear.