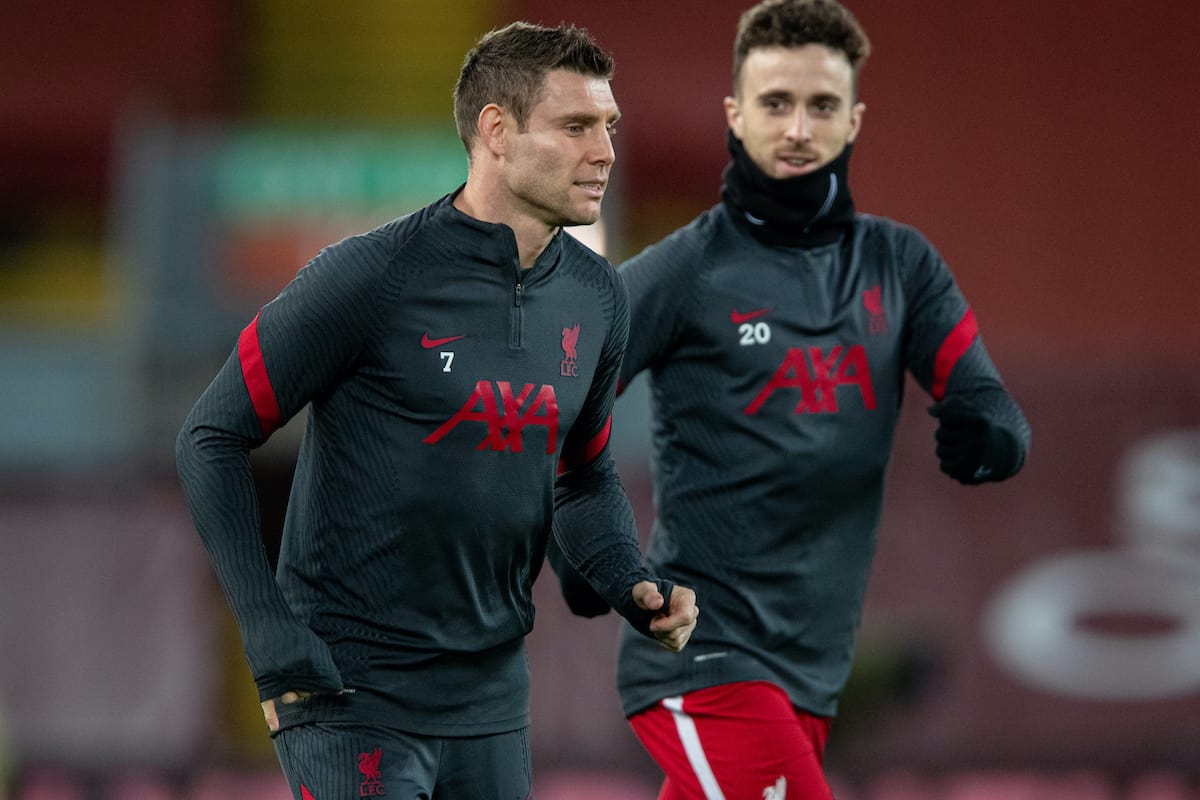 Rhys Williams has hailed James Milner as being “like another coach” for Liverpool during his injury layoff, which could hint at a longer-term role for the 35-year-old.

Milner has another year left on his deal with the Reds and is not looking to slow down any time soon.

The midfielder is in the top 10 when it comes to appearances made for Liverpool this season, having retained his importance to Jurgen Klopp‘s side in an injury plagued campaign.

This has largely come in his favoured role in the middle of the park, too, and Milner has impressed when called upon, covering for the absences of Jordan Henderson, Thiago, Naby Keita and Alex Oxlade-Chamberlain.

Sidelined himself in recent weeks, Milner has still travelled with the squad for matchdays and could be seen roaring Liverpool on from the bench during Sunday’s 2-1 win at West Brom.

The Mail‘s Dominic King described him as “a constant source of noisy backing, particularly encouraging Sadio Mane,” and now Williams has reinforced this.

“The fact that he feels that involved in a team and he knows we’re one big family…he’s the bigger presence around the squad,” the centre-back told LiverpoolFC.com.

“That’s brilliant for young players because before the game he was speaking to me and Nat, giving us advice.

“You can still hear him from the stands, he’s almost like another coach.

“When I was having a bit of trouble with the striker, he was telling me to get Fab in front or to get Robbo to block him from running in from the side.

“To have Milly there, it’s massive for us.” 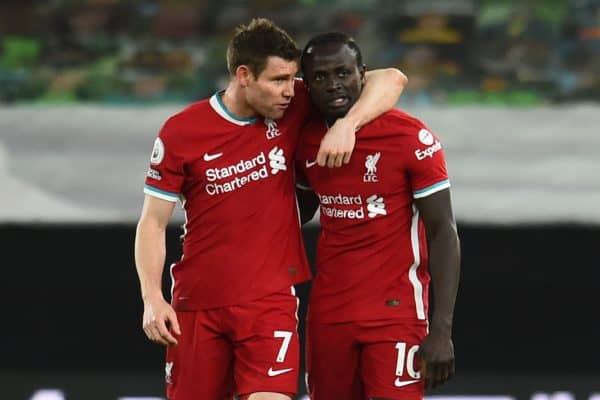 Milner is one of the most well-respected professionals in English football, and a highly valued part of Klopp’s first team, with his longevity a marker of his commitment and attitude.

But turning 36 at the start of next year, he will be considering his options for the near future, as though his playing career is still going strong, time will catch up with him at some point.

It had been suggested that he would look to return to his boyhood club, Leeds, but back in March he said: “My concentration is on Liverpool and contributing as much as I can and be at the club as long as possible.”

Liverpool could look to extend his contract by a further year, which would take him beyond his 37th birthday, but discussions may also take place over a possible coaching role.

Having Milner join the backroom staff would be a coup for the Reds, given his experience and knowhow at the very top level, particularly if he can learn his craft from the likes of Klopp and Pepijn Lijnders.