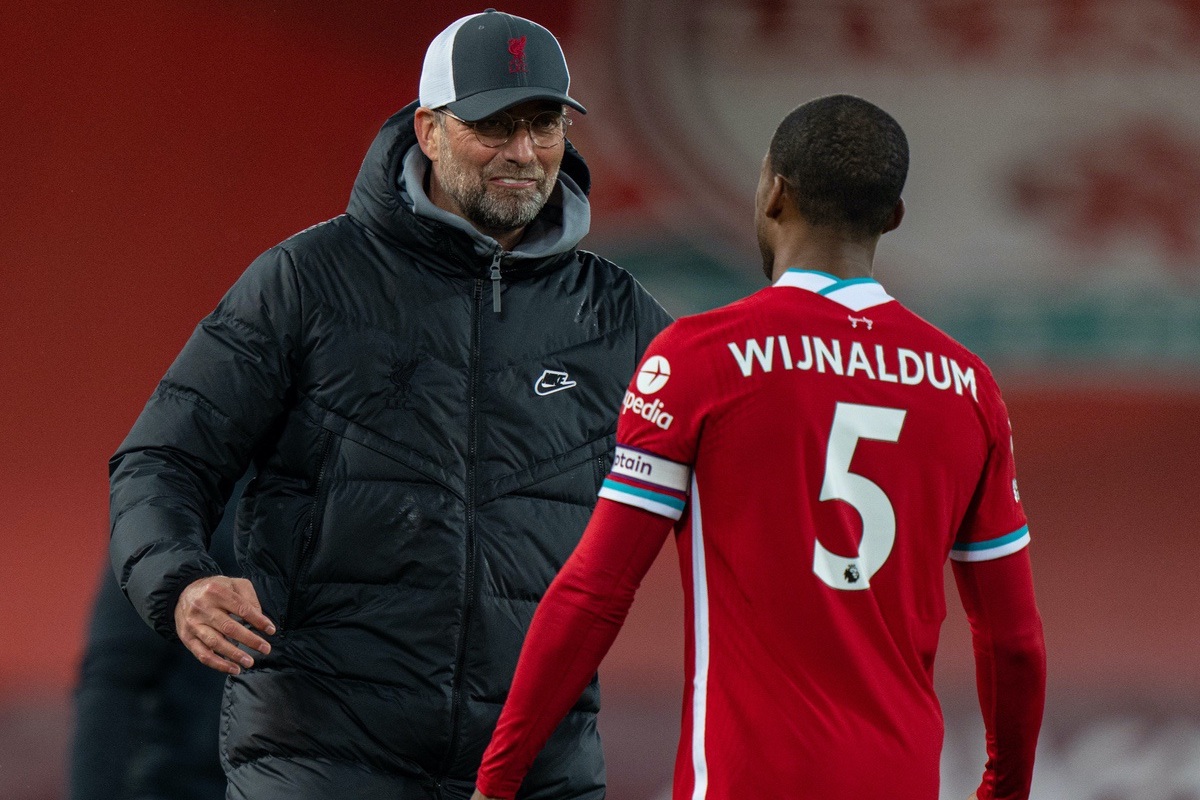 Gini Wijnaldum is poised to play his final game for Liverpool and while Jurgen Klopp was coy on his future, he insisted the Dutchman is ‘completely committed’ to the club.

The future of the No. 5 looks to continue away from Merseyside at the conclusion of the campaign with no fresh ink to grace a new contract.

Wijnaldum has attracted interest from across Europe as he enters the summer as a free-agent, with Barcelona, Inter Milan, PSG and most recently Bayern Munich all linked.

And with no official comment on exactly where his future lies, Klopp was twice posed the quesion of if we can safely presume the game against Crystal Palace will be his last.

“Nothing to really say in this moment because we have a game to play. We will see about all these things in the time after the final whistle on Sunday,” was his first response in his pre-match press conference.

And after being pressed on the issue once more, Klopp looked to stress Wijnaldum’s “sensational” character and that he remains “committed” until his final day, whenever that may be.

“It’s not the first time that we had situations like that,” Klopp added.

“The boys are incredible characters. It’s one thing to know exactly about the future, but the boys are used to being in negotiations, stuff like this.

“Gini’s character is without question, a sensational guy, completed committed to the team and the club until the last day – and we will see when that will be.”

Wijnaldum has been a reliable figure for Klopp over the last five seasons, with his consistency and ability to back up game after game seeing him become a trusted linchpin.

This season alone, Wijnaldum has featured in 50 of Liverpool’s 52 games, amassing the third-most minutes of any of his teammates, and while he is now 30, his expected departure will be a disappointing one.