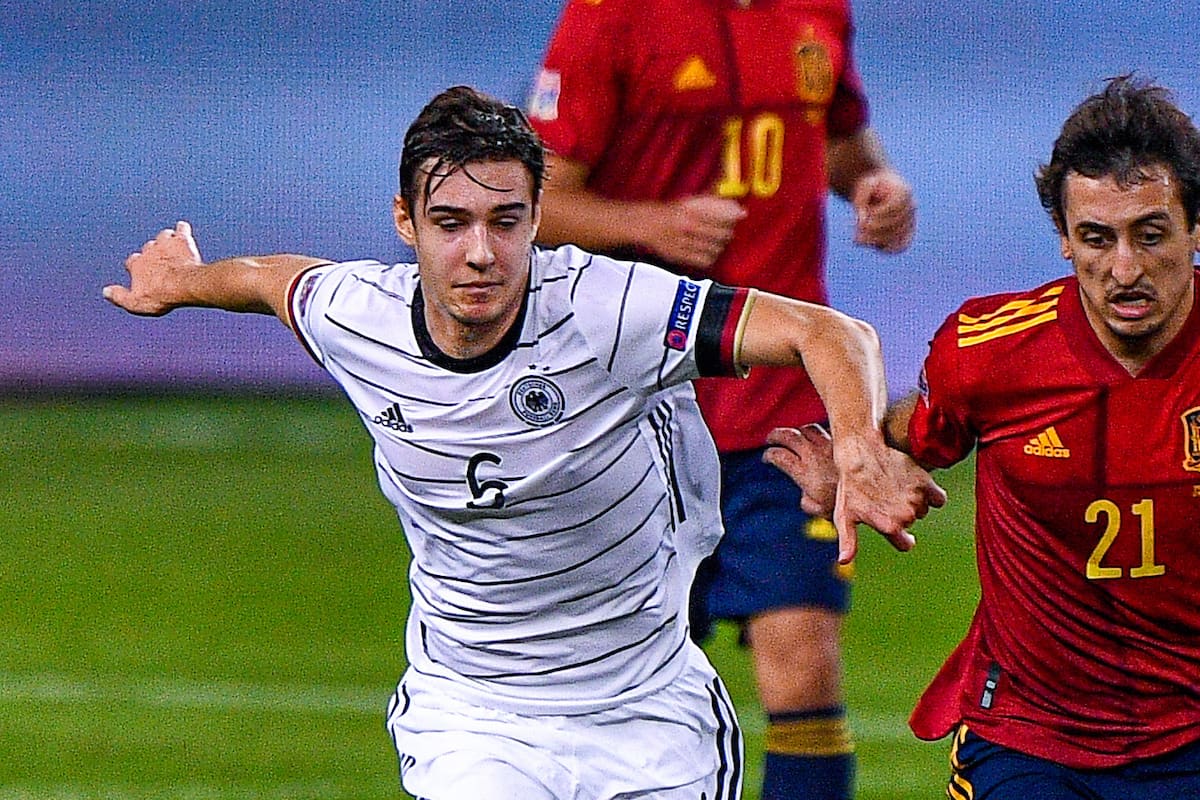 With Liverpool considering a move for Borussia Monchengladbach midfielder Florian Neuhaus, his comments on a move away from Germany are particularly interesting.

Neuhaus has emerged as a potential target for the Reds in the summer transfer window, following Gini Wijnaldum‘s decision to join PSG on a free transfer.

Wijnaldum’s direct replacement may come elsewhere in the squad, with Thiago and Curtis Jones both poised for a focal role next season, but the addition of another midfielder could be seen as a priority.

This Is Anfield’s David Lynch reports that Liverpool made contact with Neuhaus’ representatives earlier this year, and they will continue to monitor the 24-year-old at the Euros.

It had been previously claimed that Neuhaus had agreed a move to Bayern Munich, while his €40 million release clause was still in effect, but the player himself has quashed those rumours.

In an interview with Sport1 last week, the Gladbach midfielder admitted that while he “feels very much at home” at his current club, he “could very well imagine going abroad.”

“It will be very important how I feel, what my gut feeling is, how much you have the feeling that the club really wants you,” he said, when asked whether he would prefer a move to Bayern or outside of Germany.

“I’m not committed. I’m a person who likes to dare. I could very well imagine going abroad.

“That is a good feeling and another club must first come across that feeling in the talks.”

Neuhaus’ assertion is that any prospective buyer must convince him he will be as valued as he is at Gladbach if he opts to move, and fortunately for Liverpool, they have a very persuasive manager in Jurgen Klopp.

Klopp would seek face-to-face talks with Neuhaus if the Reds do decide to firm up their interest, and his experience with young players could be crucial.

The development of Wijnaldum himself could be used as a prime example of the benefits of joining Klopp’s side, with the Dutchman having progressed into a world-class midfielder at Anfield.

Wijnaldum was a similar age to Neuhaus when he made the move to Merseyside, and enjoyed a focal role in the club’s successful rise from challengers to champions.

He leaves big shoes to fill, but Gladbach’s No. 32 may be the ideal candidate to do so.