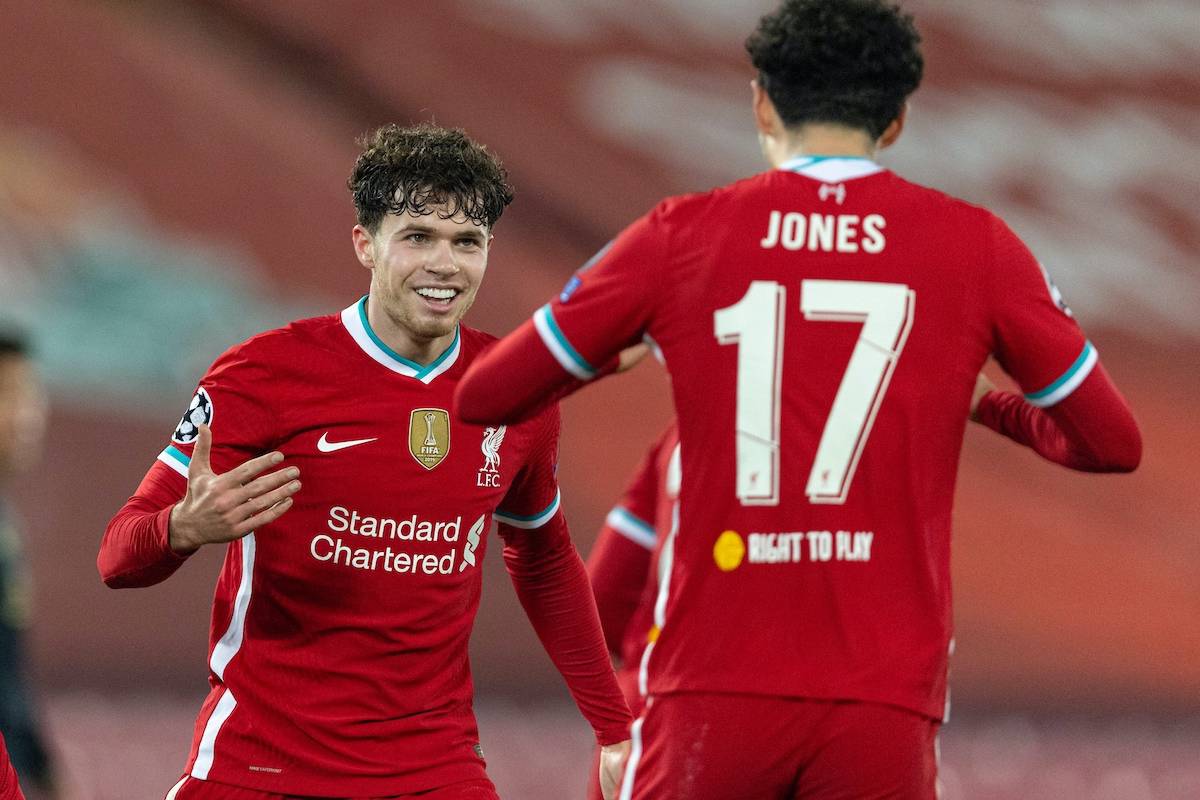 Liverpool will field enquiries over the availability of Neco Williams this summer, with clubs in the Premier League and Championship interested, but a loan is unlikely.

Williams struggled for minutes in his first full season as part of the Reds’ first-team squad, making only 14 appearances across all competitions.

The 20-year-old’s game time was sacrificed for a measure of stability in the back line with consistent starts for Trent Alexander-Arnold, and he was required to undergo extra training to prepare for the Euros.

Norwich, Southampton, Burnley, Cardiff and Swansea have all been credited with an interest in the Wales right-back this summer, while elsewhere it is claimed that Barnsley and Stoke are also weighing up a move.

But with a new deputy to Alexander-Arnold required if they allow Williams out on loan, Liverpool are not prepared to sanction a temporary move for their No. 76.

That is according to the Liverpool Echo‘s Paul Gorst, who claims “the plan for Williams is for him to stay put,” pointing to the £11.75 million spent to sign a backup to Andy Robertson last summer in Kostas Tsimikas and the need to do so again for the opposite flank if he left.

“The hope is that a lack of injured centre-backs might allow more rotation in full-back areas next season,” Gorst adds.

With Ibrahima Konate already brought in and Virgil van Dijk, Joe Gomez and Joel Matip all expected to be back fit in time for pre-season, Liverpool will be in a much stronger position at centre-back next term.

Decisions will need to be made over the futures of Nat Phillips and Rhys Williams, with one possibly sold and the other loaned out, while a proposed £18 million deal for Ozan Kabak has been turned down.

If Van Dijk and Co. can stay fit and return to form, there is more scope for both Williams and Tsimikas to be given opportunities at full-back.

This would, in turn, allow Alexander-Arnold and Robertson more much-needed rest, with the No. 66 currently sidelined with a quad injury likely sustained due to an overuse throughout 2020/21.

Williams is clearly valued highly by Jurgen Klopp and his backroom staff, having signed a new five-year deal with the club and making the matchday squad on 44 occasions last season.

But he needs to be given the minutes to progress as a young player if he is to reach the potential seen within him.