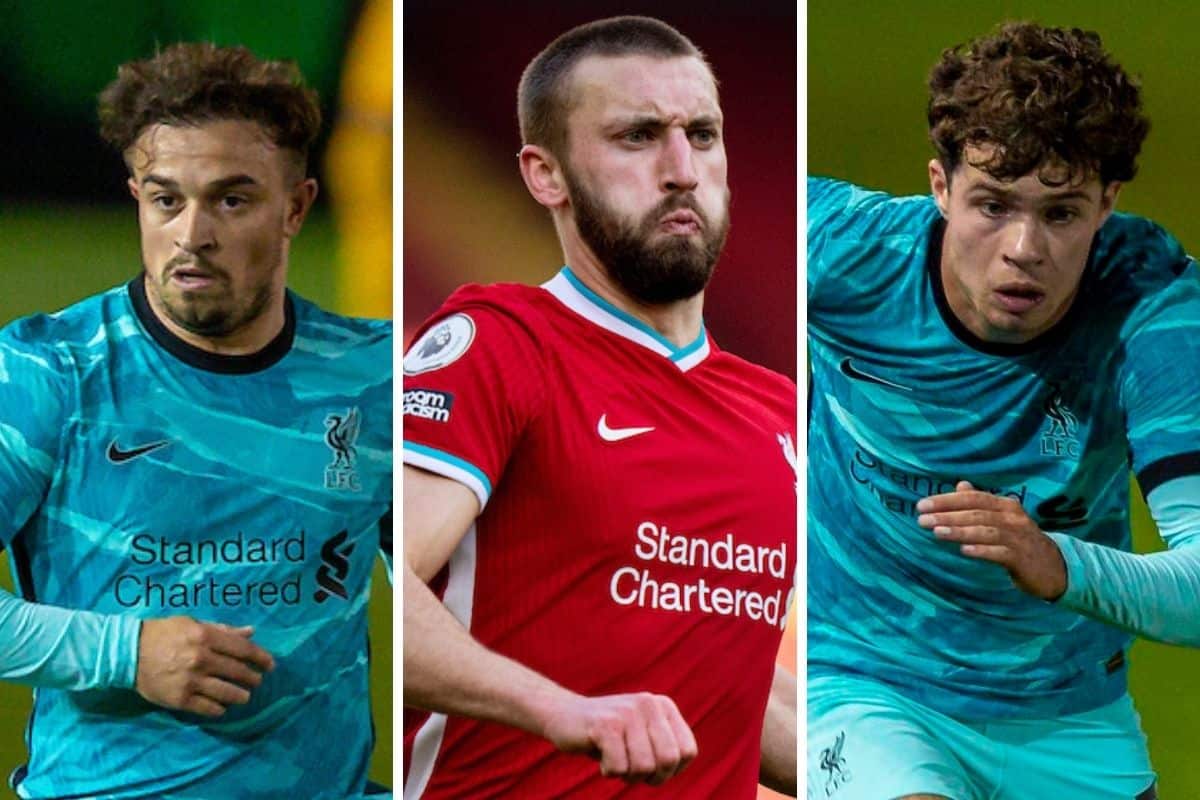 It has been a transfer window that has seen significantly more outgoings than incomings so far, but there is still plenty of business Liverpool could conduct to add to the coffers.

It’s been widely reported that the Reds are in the position of needing to sell to buy this summer, a stance that may not sit well for many.

But with the need to balance the squad in relation to homegrown talents in addition to carefully managing funds, it has all pointed to a patient approach.

Liverpool have already recouped just over £30 million through sales this summer, headlined by the exits of Harry Wilson (£12m to Fulham), Marko Grujic (£10.5m to Porto) and Taiwo Awoniyi (£6.5m to Union Berlin).

But there are still eight players with uncertain futures and should the Reds see their valuations met, a further £72 million windfall is possible to take summer earnings over £100m.

Nat Phillips is one of the players with the greatest return potential after a breakthrough season and he is not short on suitors, with five Premier League clubs and Bayer Leverkusen known to have registered interest.

The 24-year-old has a £15 million price tag, one akin to Xherdan Shaqiri who has already confirmed that he has informed Liverpool of his wishes to leave for a new challenge.

The future of Takumi Minamino, meanwhile, is one shrouded in uncertainty having yet to prove himself at Anfield following his arrival in January 2019.

Having arrived for £7.5m, Liverpool could well seek for a return in the region of £15m for a player who is heading into his prime years at 26 and with plenty of potential should clubs come knocking.

Such interest has also yet to come Divock Origi‘s way, with his initial valuation of £20m having already been reduced to £10m, the fee he joined Liverpool for back in 2014.

When you then add Neco Williams, who it’s been said Liverpool will ‘reluctantly’ sell for £10m, and Sheyi Ojo, Loris Karius and Ben Davies who could all depart for a combined £7m, you have a healthy return.

But while there is no guarantee that Liverpool will be able to find the abovementioned players a new home for the right price, even 50 percent of the target would see the Reds record a total return of £66m through sales.

That would ensure break-even for Ibrahima Konate‘s deal with an excess of £30m, funds that can be reinvested back into the squad with a midfielder and forward of top priority.