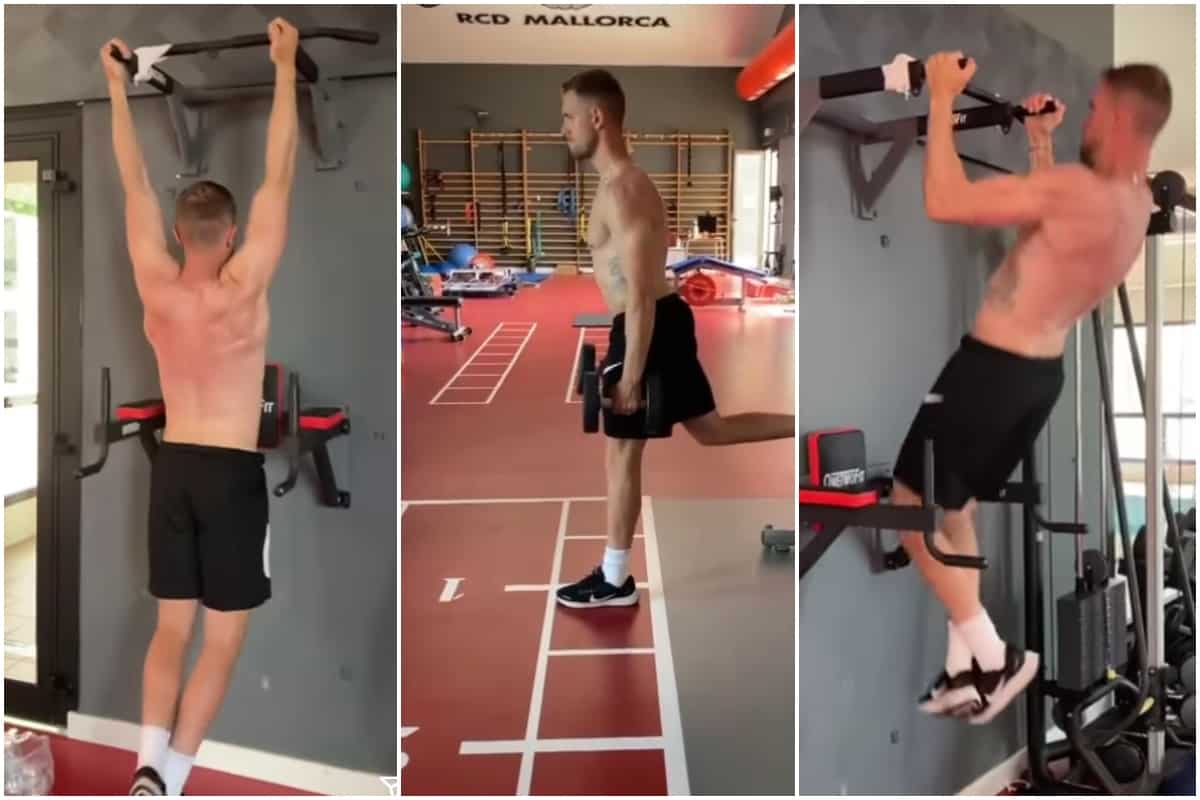 Jordan Henderson continues to put in the hard yards during his off-season, with Spain providing the backdrop before reuniting with his Liverpool teammates.

The Liverpool skipper is enjoying his summer break after his exploits with England took him to the Euro 2020 final, with his return pre-season not scheduled until the first week of August.

But it has not stopped Henderson from ensuring he is primed when he does arrive back after his three-week break, with the 31-year-old working out at the new home of former teammate Daniel Sturridge.

In a post on Instagram, Henderson showed off videos of him working out in RCD Mallorca’s gym, a club Sturridge has been handed a chance to impress at after a 16-month absence from football.

Although, the chance of the two crossing paths is unlikely with Real Mallorca currently in the midst of their pre-season preparations in Benidorm.

But back in Mallorca, the No. 14 was undertaking a series of indoor exercises, taking a break from the intense Spanish sun that has provided the captain with some early warm-weather training for his individual training programme.

It’s another welcome sight following his time with England, as he will head into the new season fit and firing after dusting off the cobwebs with the Three Lions over the summer.

With his groin injury behind him, it is all systems go even in the midst of reports that contract issues could lead to an early departure for Henderson.

Currently, there is little to worry over and Reds can look forward to seeing the captain link up with his teammates in just over a weeks’ time.

He will have two weeks to prepare for the season opener against Norwich on August 14, but his return to fitness should enable Jurgen Klopp to soon call upon a midfield trio of Thiago, Fabinho and Henderson for only the second ever time.