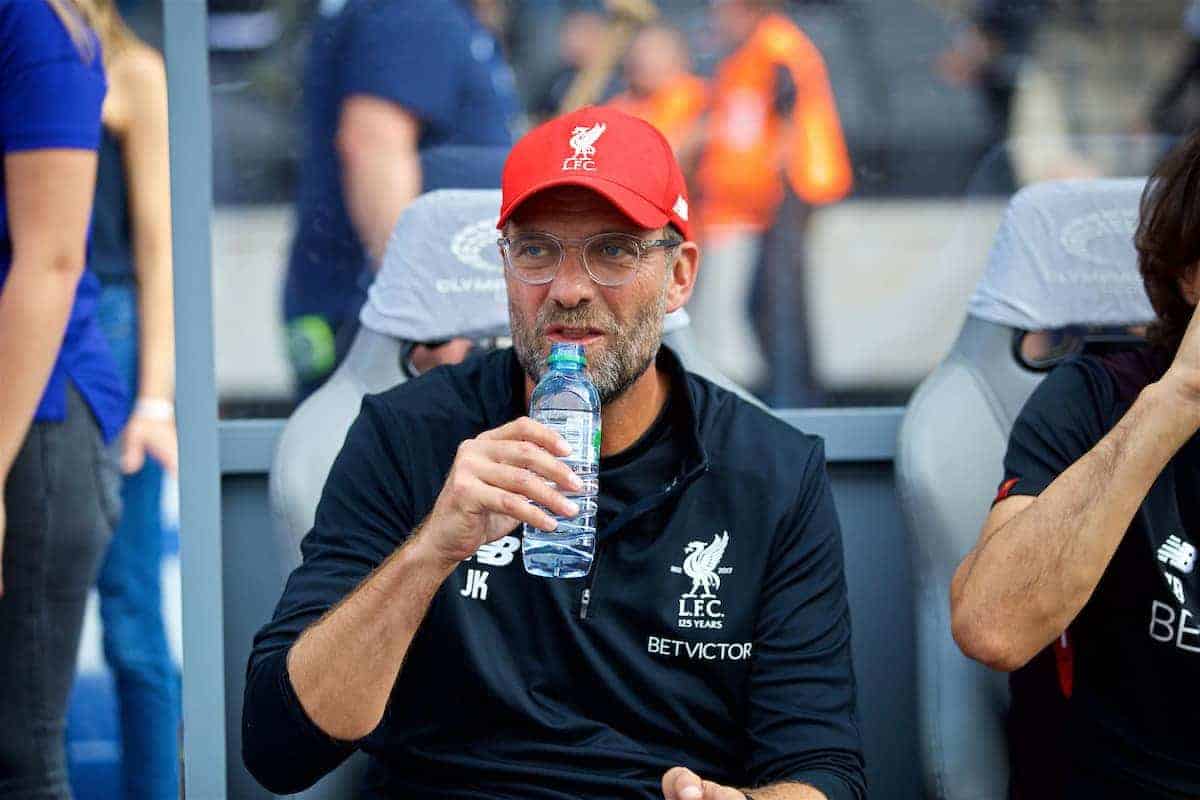 Liverpool’s pre-season schedule continues with another Bundesliga outfit, this time in the shape of Hertha Berlin – with a formidable and familiar face set to return.

Jurgen Klopp‘s men already have three friendlies under their belt this summer, with valuable minutes injected throughout the squad and it’s the same again against Hertha.

With less than 17 days until the season opener, the Reds are back on the field of play on Thursday as they add another 90 minutes to the tally having already accumulated 150.

It will act as another valuable test for members of the first team and those looking to break into Klopp’s plans for the upcoming season, not to mention the return of Virgil van Dijk.

So, what will be in store against Hertha?

When and where is the friendly?

Liverpool will make the short trip to Tivoli Stadium in Innsbruck, Austria on Thursday, July 29 to face Hertha, with kickoff scheduled for 7.20pm (BST) on LFCTV.

The game will be played in front of 15,000, with tickets having been available to those who are double vaccinated.

Who is at the helm of Hertha? 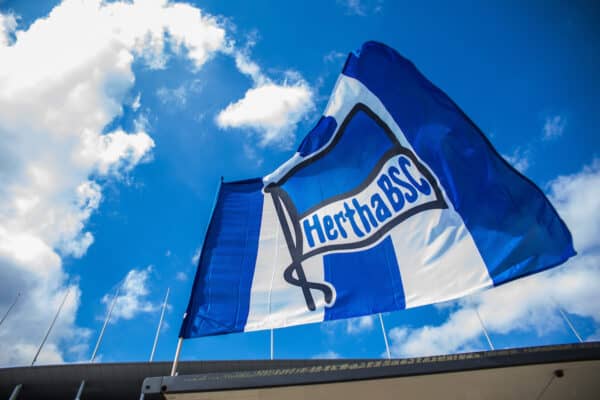 Pal Dardai is at the helm after putting pen to paper in January, in what is his second stint at Hertha having previously led them between 2015 and 2019.

The 45-year-old’s spell in the second half of last season took a little while to get going with just one point from his first five league games, but 17 in the following 11 would see them close out the season in 14th position.

The hope will be that he can replicate his feats in the 2016/17 season that saw the club finish in sixth to secure Europa League football for the first time since 2009/10.

He certainly isn’t without motivation with the club close to his heart having played donned their colours from 1997 to 2011, meaning he has come up against Klopp as both a player and manager.

Who are their key players? 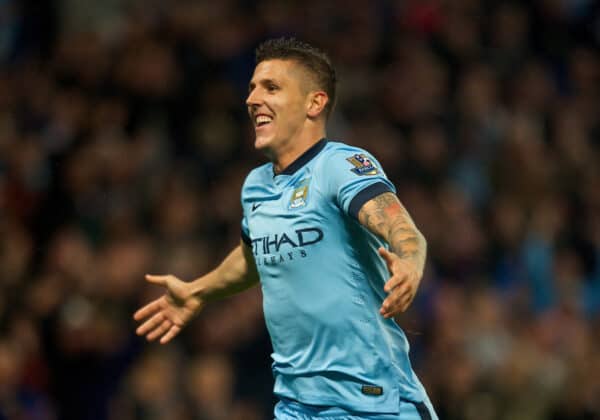 The trio are all expected to feature but they are to be without two of their key goalscorers from last season in Krzysztof Piatek, through injury, and Matheus Cunha due to Olympic involvement.

Winger Dodi Lukebakio, who scored the joint-second highest goals last season with seven, is to be relied upon, however.

Notably, Dardai’s son 19-year-old son Marton could also get a run out at centre-back after a breakthrough into the first team that amounted to 12 games in 2020/21.

Any history with Liverpool? 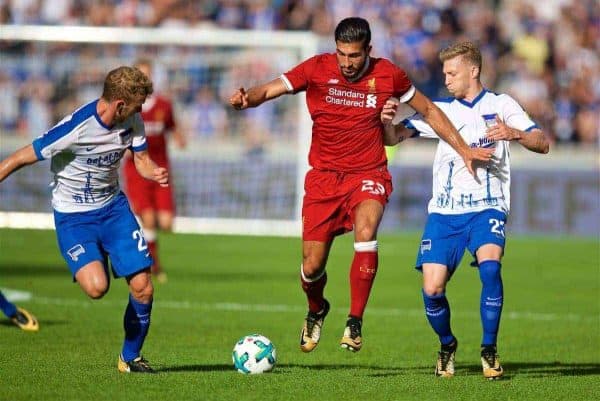 There have been four pre-season friendlies with the German side throughout the years, the most recent of which you may recall back in the summer of 2017.

Hertha played host on their historic home turf at the Olympiastadion Berlin in what was a celebration that saw both clubs mark their 125th anniversary, aptly under the banner of ‘Celebrating football since 1892’.

The fixture saw Liverpool emerge as 3-0 victors, with Dominic Solanke, Gini Wijnaldum and Mohamed Salah all finding the net, with only three of the players named in the starting XI that day still at the club.

Joe Gomez, Joel Matip and Sadio Mane all played their part, while only a further five members of the squad remain available to Klopp in present day.

The result in 2017 was a notable improvement on the goalless draw in 2008, when Rafa Benitez was at the helm and when Jamie Carragher, Martin Skrtel, Daniel Agger and Sami Hyypia were the centre-back options.

In regards to personnel in the transfer department, Marko Grujic spent two seasons on loan with Hertha in 2018/19 and 2019/20, joining Andriy Voronin (2008/09) as the sole double agents.

But Markus Babbel takes the crown for stepping into the deep end having been head coach from July 2010 to December 2011, when he led his Hertha side to promotion back to the Bundesliga.

It has been over nine months since Van Dijk last donned the Liverpool shirt, a painstaking wait that has required patience and caution throughout his journey.

But we need not wait any longer as the Dutchman is set to be handed minutes of action off the bench to mark his long-awaited return, the first step of many back to full match fitness.

Klopp said of the prospect: “I hope, I am not sure, that there is the opportunity that Virgil could play a few minutes.

“He looks really good in training and maybe we can bring [him in], but I need to have some final conversations. He looks ready and we will see.”

And on the matchup itself against Hertha Berlin, Klopp added: “I don’t like actually pre-season games when you win it four or five-nil – it can be the first game but they have no real value because it can lead you on the wrong path and all these kind of things.