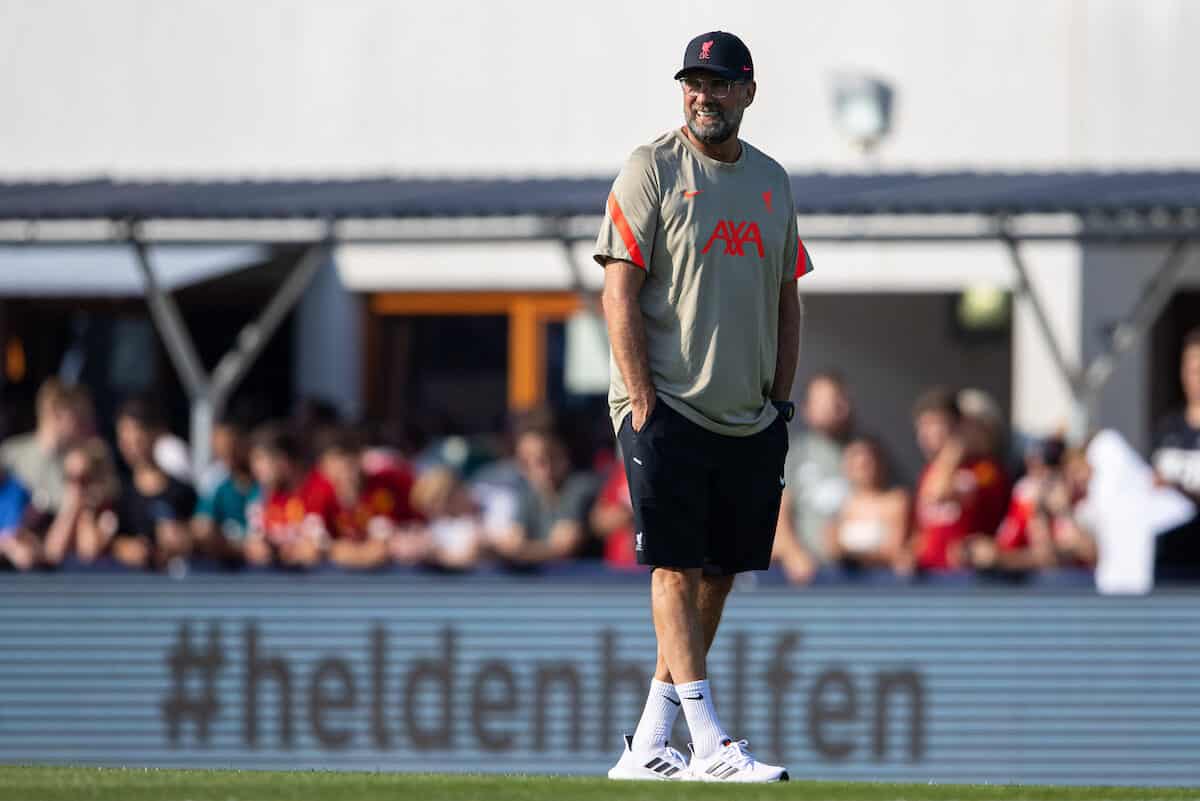 Liverpool are to add another pre-season friendly to their schedule before their return to Merseyside, with Italian side Bologna expected to offer another test for Jurgen Klopp‘s side.

The Reds are currently halfway into their training camp in Austria ahead of the new season, having already injected minutes into the squad with three friendly fixtures.

FC Wacker Innsbruck and Stuttgart were part of two 30-minute mini-games while Mainz provided the first 90-minute runout with games against Hertha Berlin, Athletic Bilbao and Osasuna to follow.

But with a gap in their schedule before the return to the UK after their camp on the continent, Liverpool are expected to travel to Evian, France to meet Serie A’s Bologna, according to the Liverpool Echo.

The game is pencilled in for Thursday, August 5, three days before the Reds are to host Athletic Bilbao in front of an Anfield that will be at 75 percent capacity.

Evian has been a previous destination for Klopp’s Liverpool in previous summers and had long been tipped to return to the itinerary this summer, restrictions allowing.

And it appears as though it is certainly in the reckoning with the Reds making the most of the nine-day gap that existed in their schedule between the friendly with Hertha and Athletic.

It would act as an invaluable opportunity to get more minutes into the squad, notably Virgil van Dijk, who is set for an appearance on Thursday, Diogo Jota, Andy Robertson and potentially even Joe Gomez.

Thiago, Jordan Henderson, Alisson, Fabinho and Roberto Firmino are scheduled to have arrived in the days preceding the friendly and could also be in line for a cameo appearance.

Bologna finished last season in 12th place in Serie A, the two clubs have never met in a competitive fixture.