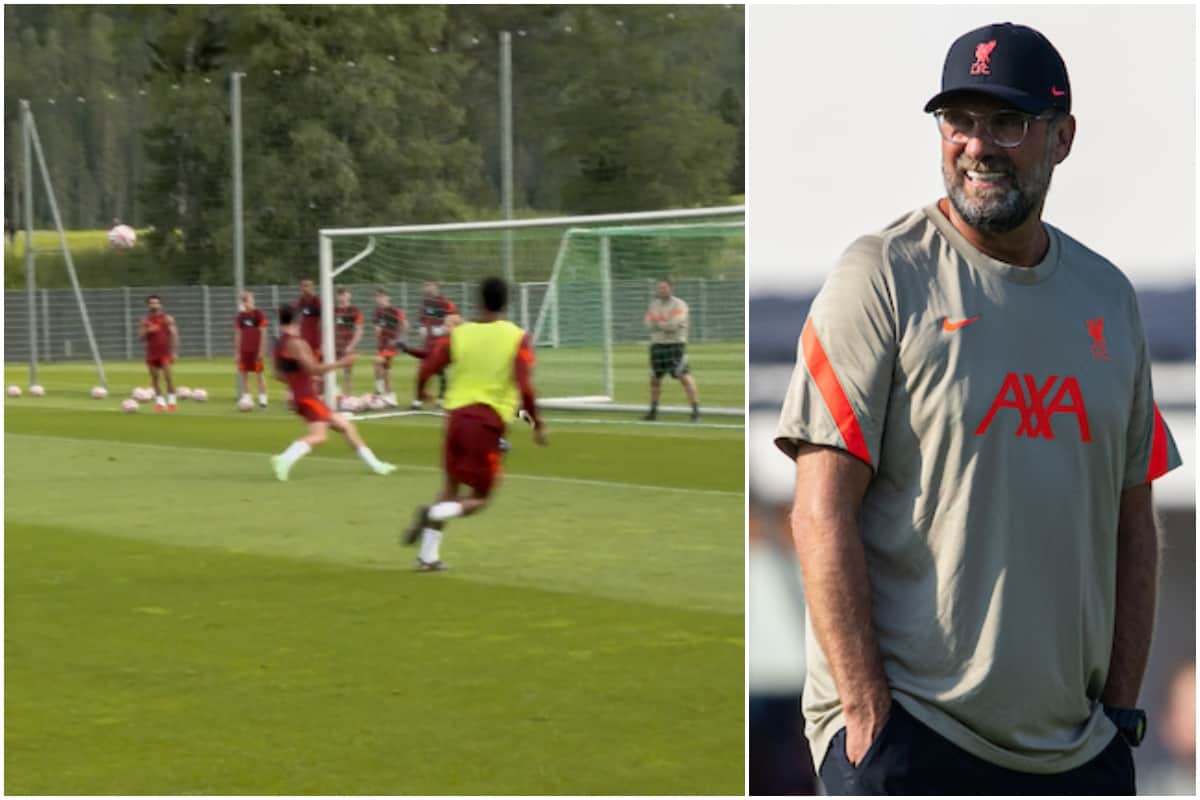 Liverpool’s training intensity continues to increase in Austria, and a Joe Gomez and Takumi Minamino link-up earned calls of astonishment and adulation.

The Reds are into the third week of their pre-season training camp in Austria, with the idyllic Tirol now playing host after moving on from Saalfelden.

Jurgen Klopp continues to see his squad bolstered by those returning from their summer break following international exploits, but Xherdan Shaqiri may not be one of them having confirmed plans to leave.

But for those currently working in the Austrian sunshine, they are living up to Pep Lijnders’ assertion that “our identity is intensity” if their counter-attacking work is anything to go by.

The Reds are one of the best counter-attacking teams and it all starts on the training pitch, with 3 vs. 2 scenarios keeping the tempo high with plenty of goals and defensive actions.

And one such move started by Gomez and finished off by Minamino took the plaudits as seen in a clip released on the club’s Twitter page, with a handful of impressed shouts from the touchline:

? Brand new episode of Inside Training ?

The move was kickstarted by James Milner laying the ball out wide to Gomez, who splits the opposition in Sadio Mane and Curtis Jones to lay off a first-time pin-point ball onto the onrushing Minamino.

As soon as it leaves the defender’s foot there are calls of, “Oh what a ball, Joe!” and the diving header inside the upright from the Japan international then leads to applause and calls of “Oh my god!”

Both players have different points to prove this summer and there were a few smiles around but that Lijnders was quick to ask “who is defending here?” after the move shows a one-track mind of consistently being on the move. 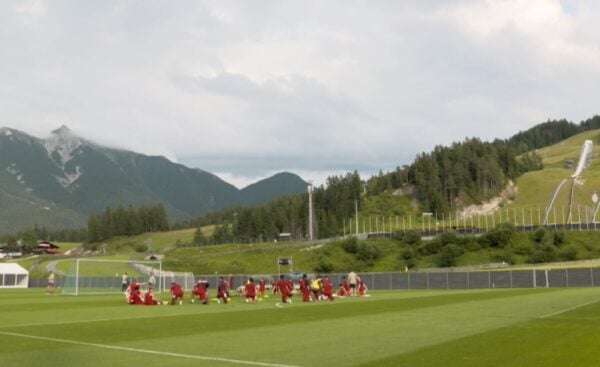 Restoring match sharpness is not a quick process but the Reds are clearly finding their feet, and the matchup against Hertha Berlin on Thursday will serve as another important piece of their pre-season puzzle as they look to be “better again.”

“Our training is our fuel, that’s what we believe. That’s how and why we created the team we have,” Lijnders said.

“Making the collective better, forcing the individuals to improve. We need full determination of each player to make the next step; we can – and we will – be better again.”