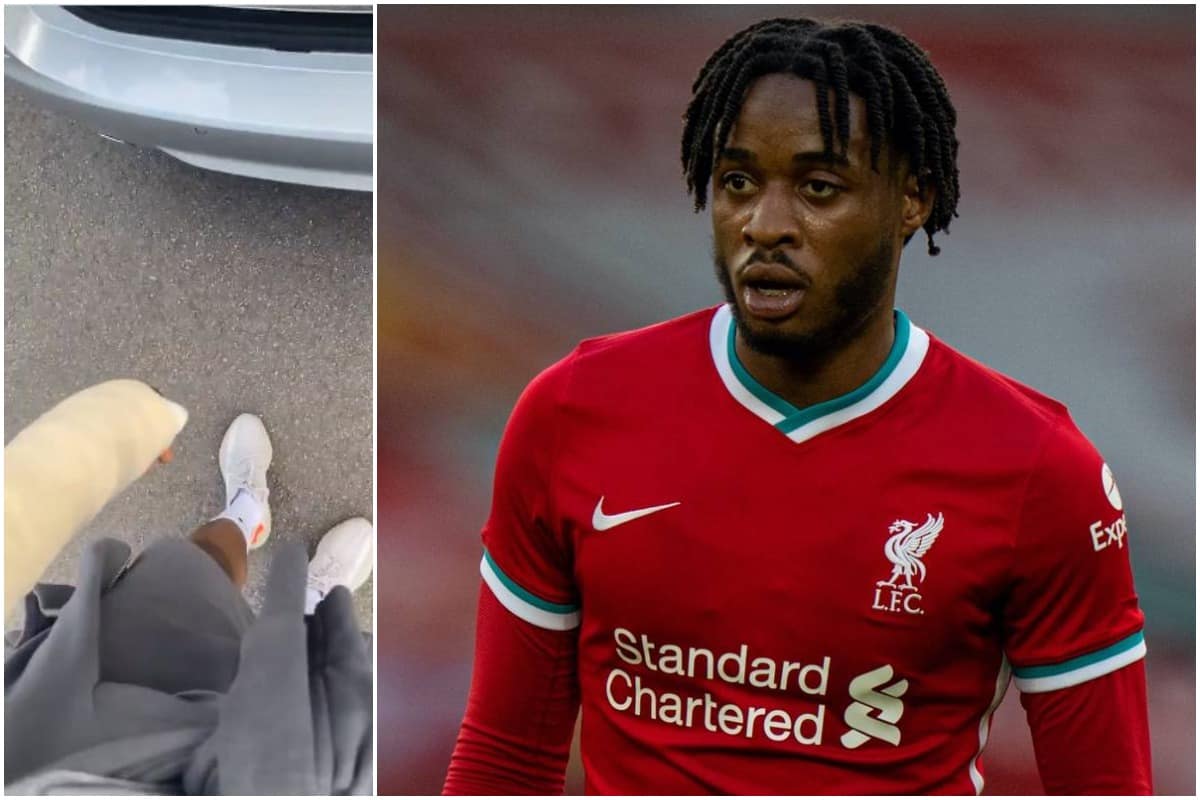 Liverpool are heading off on pre-season to Austria with a number of youngsters involved with Jurgen Klopp‘s squad – but the promising James Balagizi isn’t one.

An attack-minded player who has caught the eye with the Reds’ U18s, Balagizi hit a hat-trick an FA Youth Cup win over Leicester last season and played in the Reds’ defeat in the final. He is also an England youth international.

He is seen as one of the most promising youngsters coming through the Academy system, but circumstances have dictated he won’t get a chance to impress Klopp and the coaches this summer.

It isn’t due to any reasons related to his skill set, though – but as a post on Twitter showed, rather due to an injury which has left him in a cast.

What’s meant for you won’t miss you. Back ASAP?????!! pic.twitter.com/KKgnRqoUnt

There’s no indication as to the precise nature of the injury, nor how long it will keep him out for, but clearly there was no prospect of Balagizi joining in with training – at senior or youth level – at this moment in time.

He has already suffered several setbacks through injury, being in a leg brace last season and seeing spells out of the side as a result in the early part of the year, so hopefully this arm-related absence won’t sideline him for too long.

U18s manager Marc Bridge-Wilkinson has spoken about the improvements in Balagizi’s off-the-ball work in the past couple of seasons, describing the defensive side of the game as something he “probably wasn’t something he was always too keen on” earlier in his career.

But like many youngsters, that application and work rate has come with training and maturation, realising that to make the grade at Liverpool, excellent work in possession has to be aligned with tactical discipline and a team ethic.

Still just 17 years of age, Balagizi has time on his side to make an impression on the senior set-up and he has already trained with the seniors, so they are more than aware of his current level.

One opportunity may have bypassed him in pre-season, but a whole year to build on his progress still lies ahead and this disappointment should only serve to drive him to show his worth once he’s fully fit and the campaign is underway.