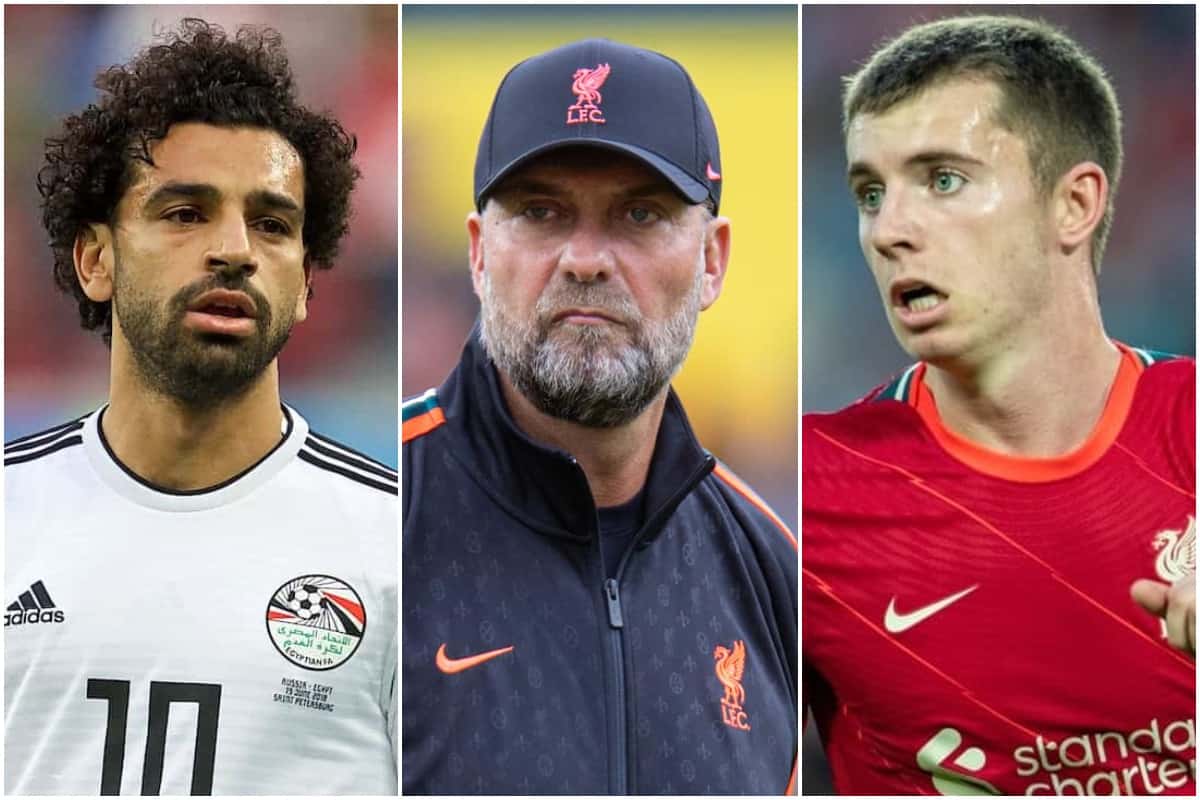 Liverpool have one game left before both the transfer window shuts and the international break starts – so this is the beginning of a busy week!

Two attackers will no longer be part of Jurgen Klopp‘s squad this season – or at all, for one of them.

Xherdan Shaqiri has completed his move to Ligue 1 side Lyon, a deal worth around £9.5m to the Reds seeing him join the likes of Wijnaldum, Grujic and Wilson in leaving permanently this summer, pushing the income from transfers the Reds have received above the £40m mark.

In another attacking exit, Ben Woodburn has completed his loan move north of the border.

The versatile 21-year-old shone in pre-season but really needs some senior action in a positive loan deal this time and he’s off to Hearts for the campaign.

International breaks aren’t just an irritation because of the travel, timings and fact national teams are regularly set to play three matches again.

Now we’ve also got Covid restrictions to worry about once more, with England still having plenty of nations on the red list – meaning individuals must quarantine when they return from them, including sportspeople.

Mohamed Salah‘s call-up for Egypt, therefore, has reportedly been blocked by the Reds as the nation is indeed still on the red list, though there are mixed views on whether he can play one of the games in Gabon.

By the same token, Liverpool’s three Brazilians – Fab, Ali and Bob – are likely to face a call-up for World Cup qualifiers against Argentina, Peru and Chile, but all four of those countries remain on England’s red list. Expect further developments and negotiations during the course of the week.

Tonight’s late fixture sees West Ham and Leicester face off in the Prem.