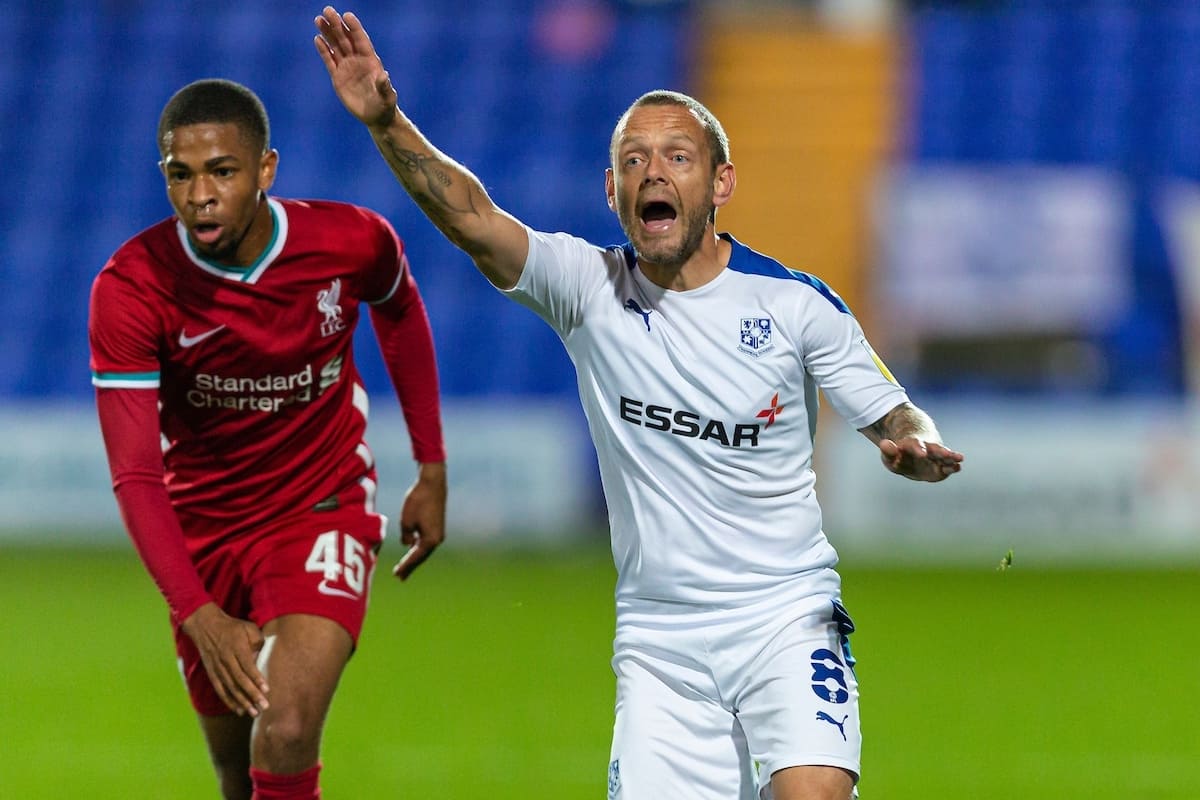 Though his Liverpool dream ended after 55 games in 2013, Jay Spearing is now playing a small role in the club’s future as he works with young striker Paul Glatzel.

For fans of a particular vintage, Spearing will be a very familiar face, having been a regular presence in the Reds’ squad for three seasons between 2009 and 2012.

The combative midfielder from Wallasey came through the youth ranks at Kirkby, captaining the Liverpool under-18s to FA Youth Cup triumph in 2007 before making his first-team debut the following year.

His bow came under Rafa Benitez, who gave him his first taste of life in the senior side with substitute appearances against PSV Eindhoven and Real Madrid in the Champions League, before five more outings in his final season in charge. 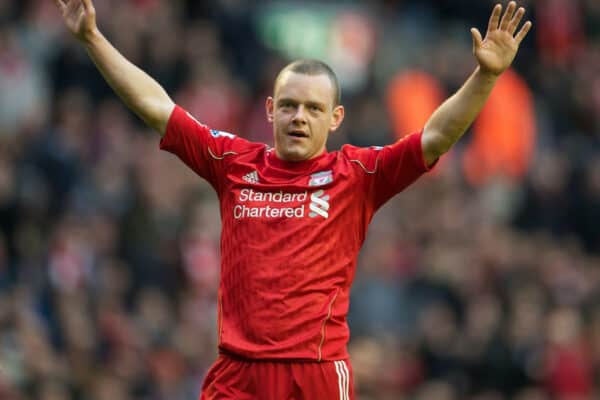 Spearing’s biggest advocate, though, was Sir Kenny Dalglish, who gave him 38 of his 55 outings for Liverpool as he carved out a consistent squad role.

A dogged but limited player, Spearing was a useful figure around the side, but the arrival of Brendan Rodgers soon spelled the end – with a loan-turned-permanent move to Bolton.

Now 32, he has stayed in the north-west throughout his post-Liverpool career, with his time at Bolton followed by spells with Blackburn, Blackpool and now Tranmere.

Back on Merseyside with Rovers, Spearing is a first-choice starter for the League Two side – and now he has a protege in the form of Reds loanee Glatzel.

Glatzel has just made the loan switch to Prenton Park for his first taste of senior football, and This Is Anfield will be sponsoring the 20-year-old throughout his time with Tranmere.

In an interview with This Is Anfield this week, the young striker discussed the advice Spearing has given him in the first weeks of his loan, and how he will “look up to” him.

“He’s given me quite a bit of advice,” Glatzel said.

“He spoke to me quite a bit about that, and obviously there’s other boys in the squad who have got the experience that I need really and that I can learn from.

“So it’s good to be training with a lot of the lads who have had first-team experience. I’m just looking to learn from them and look up to them really.”

Spearing’s dream to follow in the footsteps of Steven Gerrard may have ended prematurely, but he can still help shape the future of one of his academy successors in Glatzel.