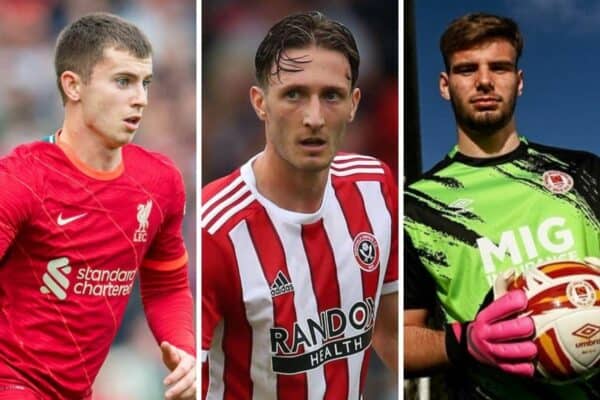 A “shambles” of a yellow card to Ben Woodburn is to be appealed after he was deemed to have dived over the weekend, while another Liverpool loanee took another step towards silverware.

Woodburn was named in Hearts’ XI for the third successive game as they travelled to meet Ross County, with the 21-year-old occupying a central midfield role in Scotland’s top flight.

He finished his 65-minute appearance with one chance created and a key pass to his name, but it was his yellow card in the 42nd minute that proved contentious.

Referee David Dickinson was quick to call simulation as Woodburn went to ground, with both the player and the club insisting he was clipped by County’s Jordan Tillson.

After the 2-2 draw, Hearts manager Robbie Neilson labelled the call a “shambles” as he insisted an appeal will be made on behalf of Woodburn.

“A shambles, I think it was water on the brain from the referee,” Neilson said via the Edinburgh Evening News. “We’ll appeal it and get it.

“I just don’t like the idea. If he’s going to book someone for diving it has to be absolutely blatant. There can’t be any grey area. It soils someone’s reputation to say they are diving.

“We will be appealing it and I’d like to think the referee will look at it and change his decision. It puts the boy [Woodburn] under pressure for the rest of the game.”

Meanwhile, in Ireland, Vitezslav Jaros edged closer to a shot at silverware as a 10-man St Patrick’s Athletic clinched a semi-final spot in the FAI Cup with a comfortable 3-0 win over Wexford.

A goal on either side of half-time and a penalty in the closing stages was enough for St Pat’s despite defender Sam Bone being shown a red card in just the seventh minute.

Jaros proved key to keeping a clean sheet, with his quick reflexes denying a curling effort early in the second half to ensure his side could build on their 1-0 advantage.

A semi-final now awaits, with one of Bohemians, Waterford FC and the winner of Finn Harps and Dundalk a possible opponent.

Elsewhere, Adam Lewis made his return to Scottish Premiership action after a four-game absence as Livingston stunned Celtic 1-0, while Ben Davies was handed his third start for Sheffield United in their 3-1 win over Hull.

And finally, Swansea released a statement on Saturday in support of Rhys Williams following an alleged incident of racist abuse during the 3-3 draw with Luton.

Liverpool were quick to back the statement, insisting “We’re with you.”