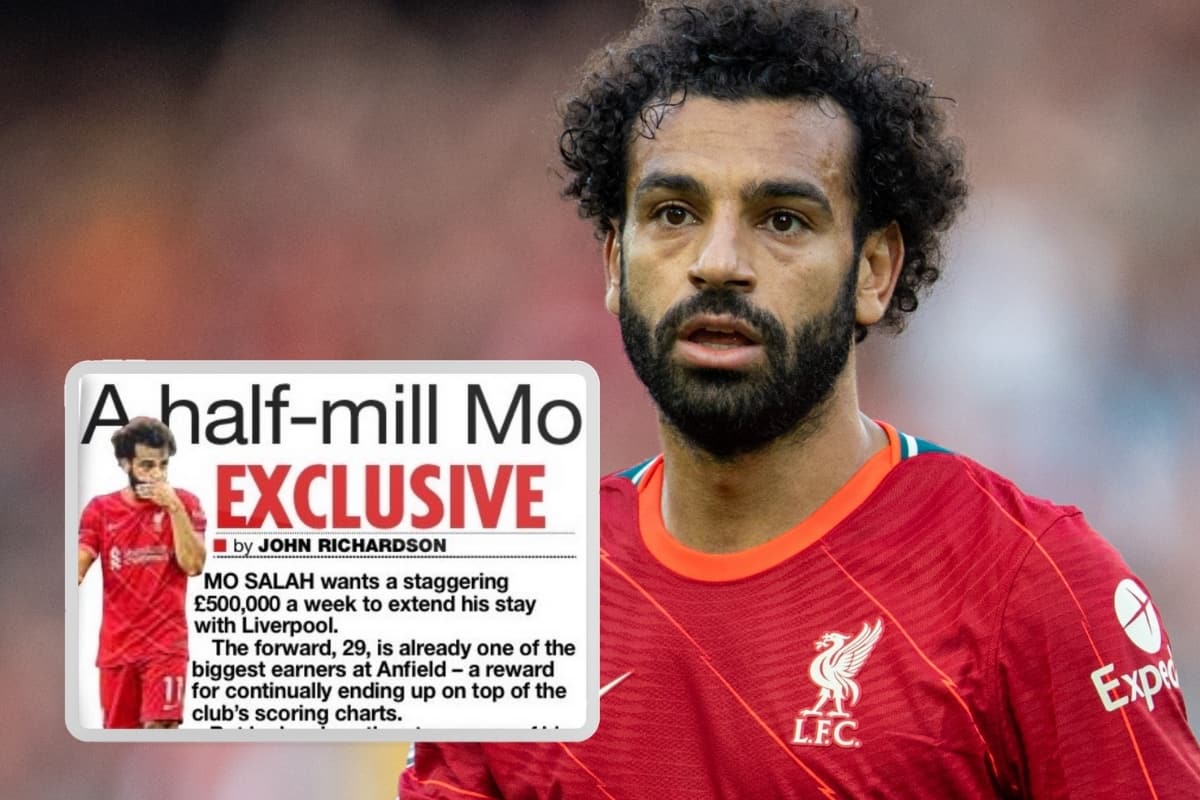 With Mohamed Salah and his representatives in talks with Liverpool over a new contract, one journalist has claimed he is looking for over double his current salary.

Salah is the next in line for an extended deal after Trent Alexander-Arnold, Fabinho, Alisson, Virgil van Dijk, Andy Robertson and Jordan Henderson have all put pen to paper this summer.

Harvey Elliott, Caoimhin Kelleher and Adrian are among those to have also agreed new contracts, with Liverpool tying down the core of their squad during a transfer window that brought only one signing in Ibrahima Konate.

Five other players have only two years left on their existing terms, with Salah now a priority for the club’s hierarchy, as arguably the Reds’ most important player.

Salah is already Liverpool’s highest earner at over £200,000 a week, and is likely to be given a major pay rise if he commits his long-term future to the club.

But the Mirror‘s John Richardson has claimed an exclusive as he alleges that the No. 11 “wants a staggering £500,000 a week to extend his stay.”

“If agreed it would be the biggest ever financial package for a player in Liverpool’s proud history,” Richardson adds, “although so far there have been no signs that Salah will get his own way.”

Given the nature of Richardson’s ‘exclusive’, which was then reproduced on the back page of the Daily Star‘s Sunday edition, it is a dubious claim.

While it can certainly be argued that Salah is deserving of a wage in line with the world’s best players, neither he nor his agent would expect Liverpool to pay close to £500,000 a week.

And having not pushed for a move away this summer, it appears doubtful that he is even looking for a salary close to that.

It has been mooted that Salah would sign an extension worth around £300,000 a week with further incentives, which is more realistic, putting him among the Premier League‘s top earners.

Kevin De Bruyne is believed to be the highest-paid player in the English top flight, with the Man City midfielder agreeing a new four-year contract worth £385,000 a week back in May.

Last month, The Athletic‘s James Pearce described talks between the two parties as “productive,” with there being “no sense of concern” from those within the club as they seek to tie Salah down until 2025.

As for Richardson, it should be noted that he is of ‘Jack Butland to Anfield’ fame – with those claims of a “shock move” to take over from Adrian last year quickly shot down by more credible sources.