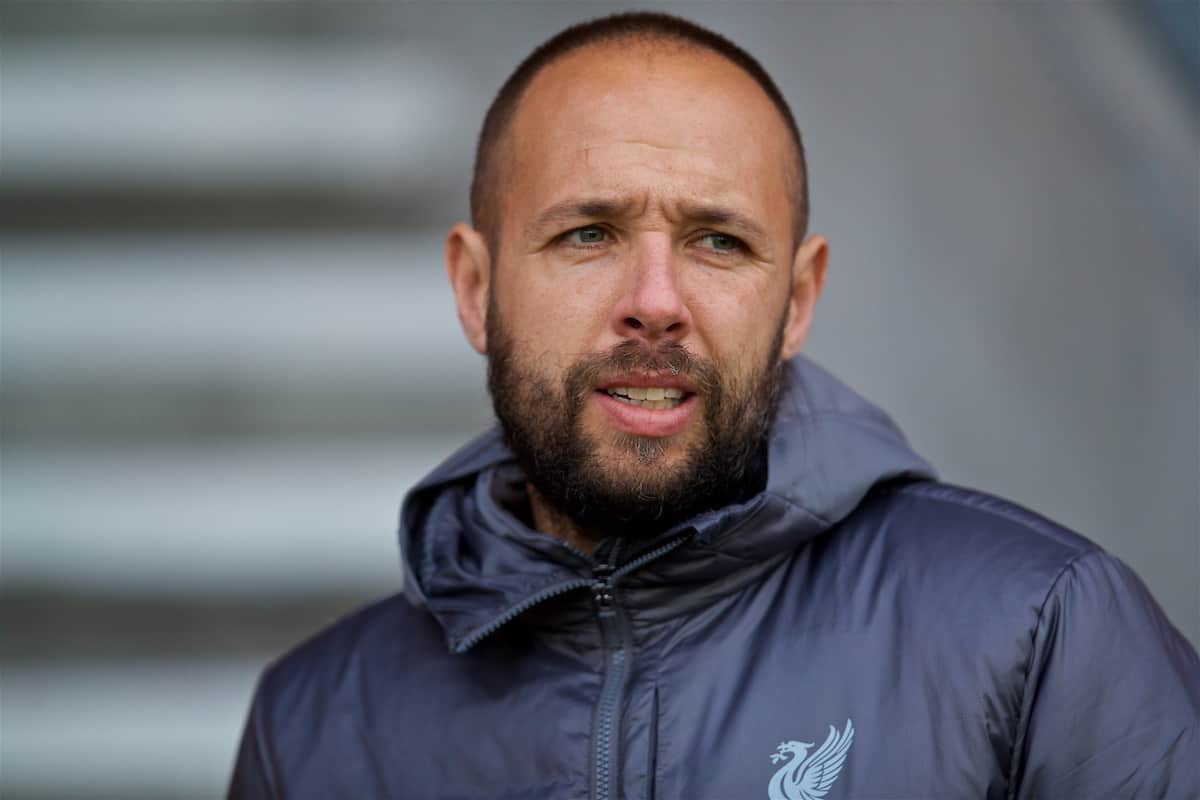 Having joined League Two side Tranmere Rovers on a season loan in July, the 20-year-old striker was a surprise inclusion in Lewtas’ team that lined up on Saturday afternoon, with the academy manager revealing the reasoning behind his surprise return to L4.

“It’s hard. It’s Paul’s first loan and Tranmere are doing well so he hasn’t had as many minutes as he would probably like,” explained Lewtas

“There’s no moaning from him, and when any of the boys are out on loan there is always an opportunity for them to come back here and play. Paul is loving his time at Tranmere and it shows the humility of the lad that he wants to come back and show what he can do.”

The forward, who was born on Merseyside to German parents, enjoyed a prolific spell for the under-18s during the 2018/2019 season as he fired 21 goals in 30 appearances in all competitions as he and his teammates won the FA Youth Cup.

However, in the summer of 2019, he was handed the biggest test of his short career as he suffered an ACL injury during a pre-season friendly for the first-team, causing him to spend over 200 days on the sidelines.

Though, with Lewtas alluding to Glatzel not getting the game time he has craved, it was clear for all those inside Anfield on Saturday afternoon that the 20-year-old had returned to the’ set-up advanced, as a young man who now has experience of the men’s game – something he was able to utilise against the Gunners.

Prior to Saturday, the young Reds had managed just eight league goals as they had tried and tested plenty of formations and personnel changes in the hope of being able to somehow replace the goals they have been bereft of since Layton Stewart sustained an ACL injury in March.

Glatzel, therefore, was able to fill Stewart’s absence on Saturday as he helped the young Reds fire 25 per cent of their league goals for the season as he more than held his own against Mazeed Ogungbo and Omar Rekik, who both towered over his 5′ 7″ frame.

It is a side to his game that his manager had noticed a clear improvement on during his short spell away from the club.

“I thought Paul was fantastic today. His hold-up play was fantastic. Obviously, he’s used to training with men, but I thought when the ball went up to him today it stuck and he brought us into the game.

“He’s not played loads and loads of games, so it was a chance for him to get some minutes, maybe having someone to play off maybe helped us as well. Maybe Paul gave us that little bit of experience today.”

Having the luxury of being able to play Glatzel as a focal point allowed birthday boy Mateusz Musialowski, who turned 18 on Saturday, to start in his favoured position off the left-hand side, where he went on to produce his best performance for the U23s to date.

The Polish forward has found it difficult to acclimatise to the intensity and physical demands of the Premier League 2 during his short time in the division, something that certainly wasn’t helped by him being forced to play more central during the Reds’ striker-less days.

Lewtas was delighted to see the youngster put emphasis on his work going back towards his own goal and insisted that he has now set the benchmark for performance for the remainder of the campaign.

“He was really good in possession today. Obviously, he had quality in his play and scoring, but I thought his work rate was brilliant and I think he can sense it as well,” said Lewtas.