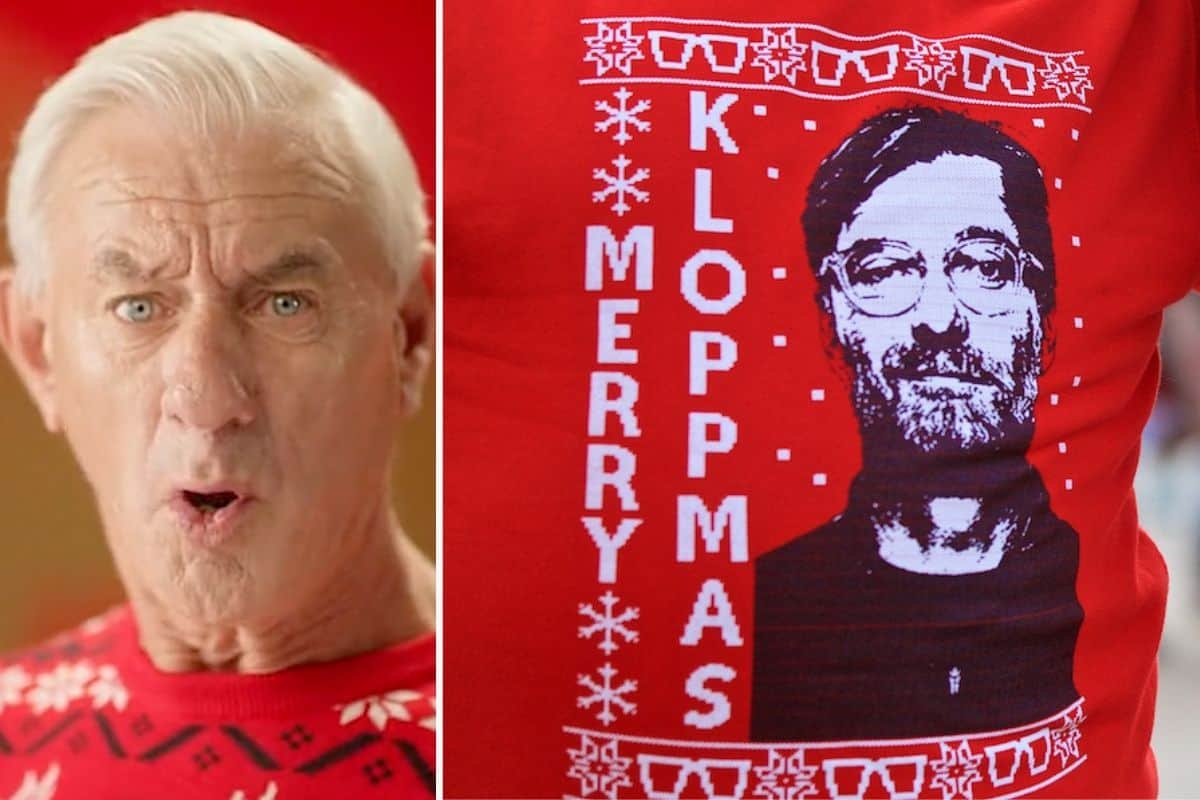 Scoring goals came with ease as well as being consistently available, but acting is another challenge in itself and it’s one Ian Rush took on for Liverpool’s Christmas campaign.

Liverpool Football Club is to provide record-breaking support to local familiar this Christmas through its ‘LFC Operation Christmas Magic’ campaign, with togetherness at the heart of it.

From on the pitch to off it and from the Red half of Liverpool to the Blu…and this is where Rush comes in.

Like Huey Lewis in Back to the Future or Cheech Marin in Ghostbusters II, it’s a one-line delivery from Liverpool’s record goalscorer.

The ruffled eyebrows, the squared shoulders add to his delivery of “To who!” as the narrator takes us across Stanley Park for a Christmas greeting:

A future Oscar winner, we’re not so sure but it’s all for a great cause as Liverpool look to deliver as much joy as they can this Christmas after what has been another tough year for all.

The priority areas for the club to support local people this Christmas are child poverty and food poverty under the umbrella of togetherness, with 13 big activities to be delivered throughout December.

“It doesn’t matter who you are, or where you’re from. Being a Red, we are all one,” is the key message this festive season.