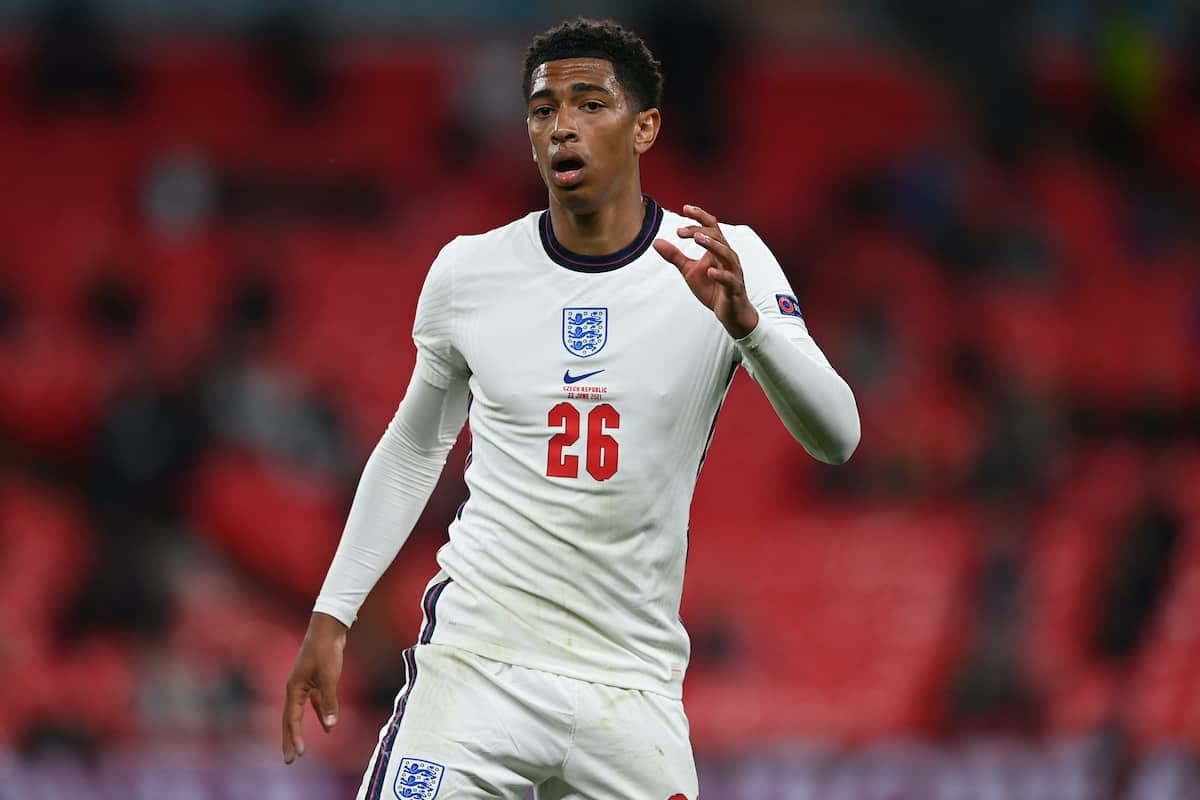 After claims from a bizarre source within football that he was “Liverpool bound” as early as January, Dortmund midfielder Jude Bellingham has laughed off speculation.

Speaking on BBC Radio Merseyside on Monday, former Reds youth player Craig Hignett – who was most recently Hartlepool manager after playing for the likes of Crewe, Middlesbrough, Barnsley and Blackburn – made the claims.

“I can’t say where I’ve heard it from, but apparently he has been saying that he is Liverpool bound,” the 51-year-old said.

“Whether that is January or whether that is the end of the season isn’t sure yet, but I think I have it on good authority that it is almost a cert.”

This follows acknowledgement of Liverpool’s interest in Bellingham from Dortmund assistant sporting director Sebastian Kehl, who insisted: “There are no signs he could leave soon.”

Reports in Germany suggest any deal for the 18-year-old England international would be worth upwards of £100 million, with Dortmund pushing to sign Bellingham’s brother Jobe from Birmingham in an attempt to keep him.

On face value, Hignett’s claims were farcical, resembling something he had heard down the pub rather from a well-placed agent or ex-pro.

But Bellingham moved to further quash the speculation as he took to social media on Monday evening, quote-tweeting FourFourTwo‘s coverage of the story along with a gif of himself laughing.

The youngster has since deleted the tweet, but it says it all regarding the claim he is “Liverpool bound” at this point.

That is not to say he will not make the switch to Anfield in the future, and credible sources have reported on the Reds’ interest, though Dortmund are in a strong position to keep their No. 22.