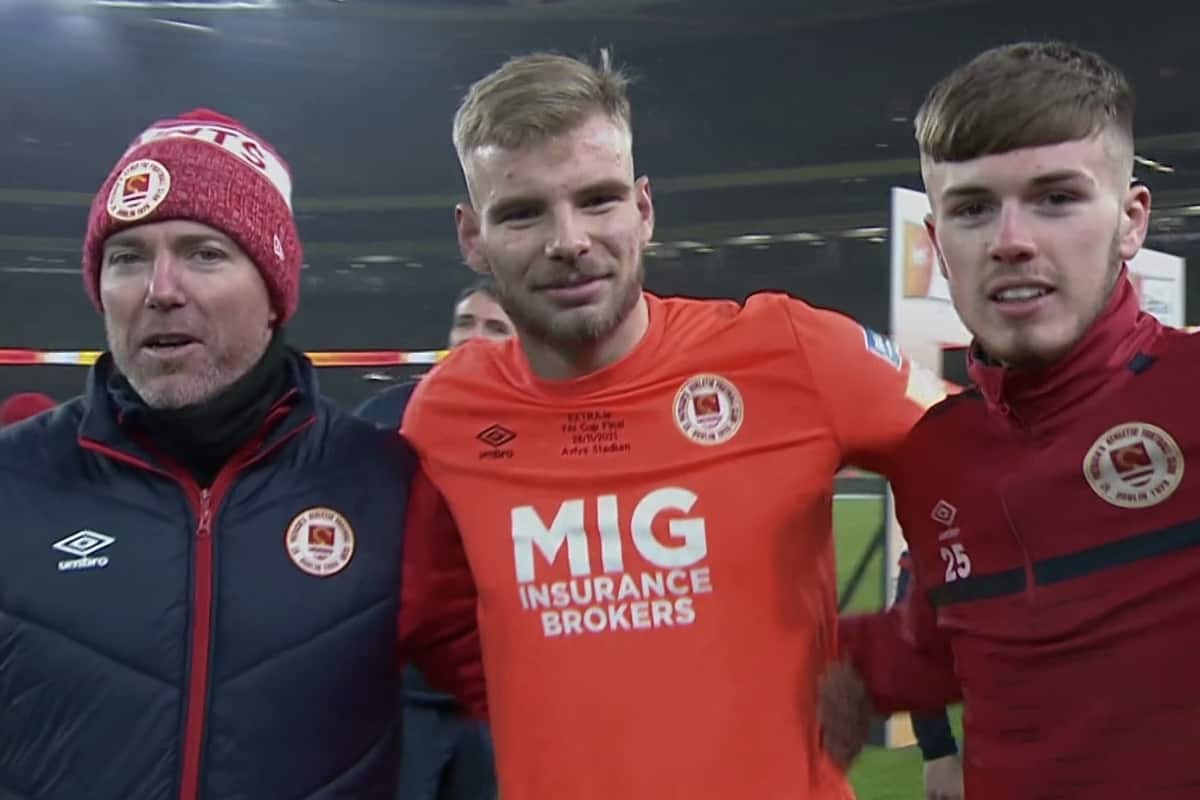 Liverpool goalkeeper Vitezslav Jaros is set to return to the club next month following the end of his loan spell with St Patrick’s Athletic, but he may not be staying long.

Jaros was one of the standouts as St Pat’s sealed a penalty shootout victory over Bohemians in the FAI Cup final on Sunday night, having already been named Player of the Season.

In his first spell away from Liverpool, the 20-year-old goalkeeper excelled, and he looks to have grown in stature throughout his time in Dublin.

The end of his loan, which began in February due to the Irish campaign kicking off in March and running to November, will see him now return to Merseyside.

According to Goal‘s Neil Jones, Jaros is set for a two-week break before reporting back for training at Kirkby, with it likely that he rejoins the under-23s for the time being.

There is a chance he links up with the first team instead, with Loris Karius currently training with Jurgen Klopp‘s squad but expected to depart in January, while Marcelo Pitaluga could even be considered for a loan move.

However, Jones writes that Liverpool anticipate “plenty of suitors,” and while the young Czech is open to another temporary switch, Jaros insists only the “right move” would tempt him.

“I guess it depends what offers come in and what the club needs,” he explained.

“But I’m cool with it. I don’t want to just go on loan for the sake of it, it has to be the right move.”

Likely, the next step for Jaros would be half a season in the Championship, though at 20, it could be a tough task joining a second-tier side in the fragile situation of requiring a new No. 1 mid-season.

There is every chance those within the club decide he is better off spending the rest of the campaign in Liverpool, training and travelling with the first team and playing for the U23s.

It is a tricky scenario to weigh up, with academy director Alex Inglethorpe and director of loan management David Woodfine likely to hold talks with Jaros next month.

For St Pat’s manager Stephen O’Donnell, however, it is “plain to see that he will play at a higher level.”

“I’ve played with a few good keepers across channel who had come on loan to Scotland, he’s the best 20-year-old I’ve ever come across or been involved with regards football, as a goalkeeper,” he added.

This is high praise considering O’Donnell played alongside a 19-year-old Kasper Schmeichel at Falkirk, with the former Arsenal youngster saying: “If you didn’t know his age you would think he was 27 or 28.”