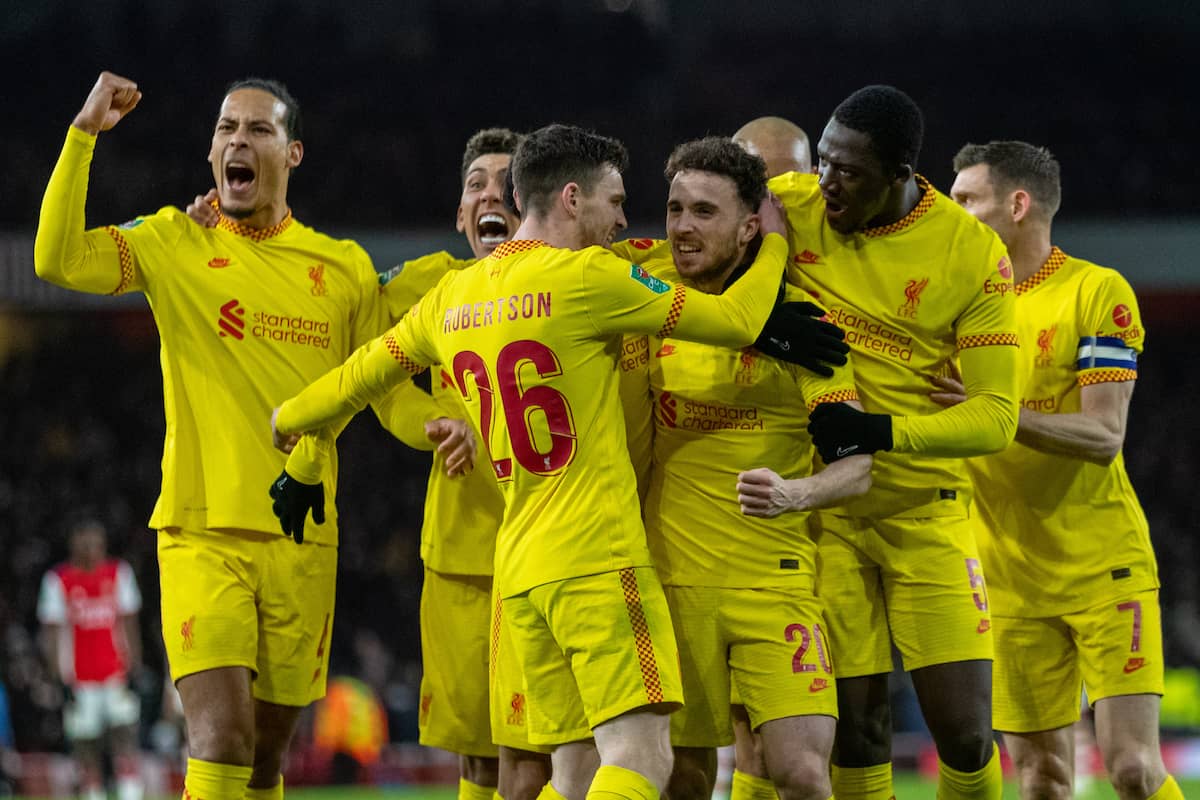 Trent Alexander-Arnold and Diogo Jota were magnificent in Liverpool’s 2-0 win over Arsenal, as the Reds produced an imperious performance at the Emirates.

Jurgen Klopp‘s men comprehensively outplayed the Gunners on their own turf on Thursday, booking a place in the League Cup final in the process.

Jota opened the scoring with a solo effort in the first half, before doubling the visitors’ advantage with a typically clinical strike.

Liverpool now take on Chelsea at Wembley on February 27, as Klopp and his players look for another trophy to add to their collection.

Here we compare our player ratings with those from the Liverpool Echo, the Independent, FotMob and the TIA readers. 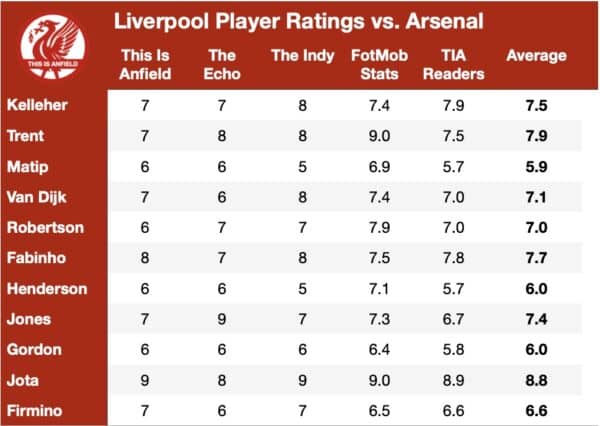 It was Jota (8.8) who unsurprisingly received the highest average rating, as he delivered in the absence of Mohamed Salah and Sadio Mane.

The Portuguese took his tally for Liverpool to 27 goals in just 57 appearances, following yet another influential showing.

TIA’s Danny Gallagher handed Jota the Man of the Match and described his display as “class”, also saying he “had Ben White on toast.”

In second place was Trent Alexander-Arnold (7.9), who picked up two more assists, in what was a virtuoso outing.

The Independent‘s Karl Matchett felt the right-back played endless crosses that were “begging to be finished off”, while FotMob noted that he played three key passes and made seven recoveries.

Fabinho (7.7) was next up, trading his recent goalscoring form for an immaculate defensive midfield masterclass.

Gallagher perfectly summed up Liverpool’s No.3, saying: “cherish this beautiful Brazilian, he won’t be here forever.”

Joel Matip (5.9) was curiously sloppy by his high standards, earning him the wooden spoon as he only lasted 45 minutes.

Next up for Liverpool is Sunday’s Premier League clash away to Crystal Palace (2pm GMT).