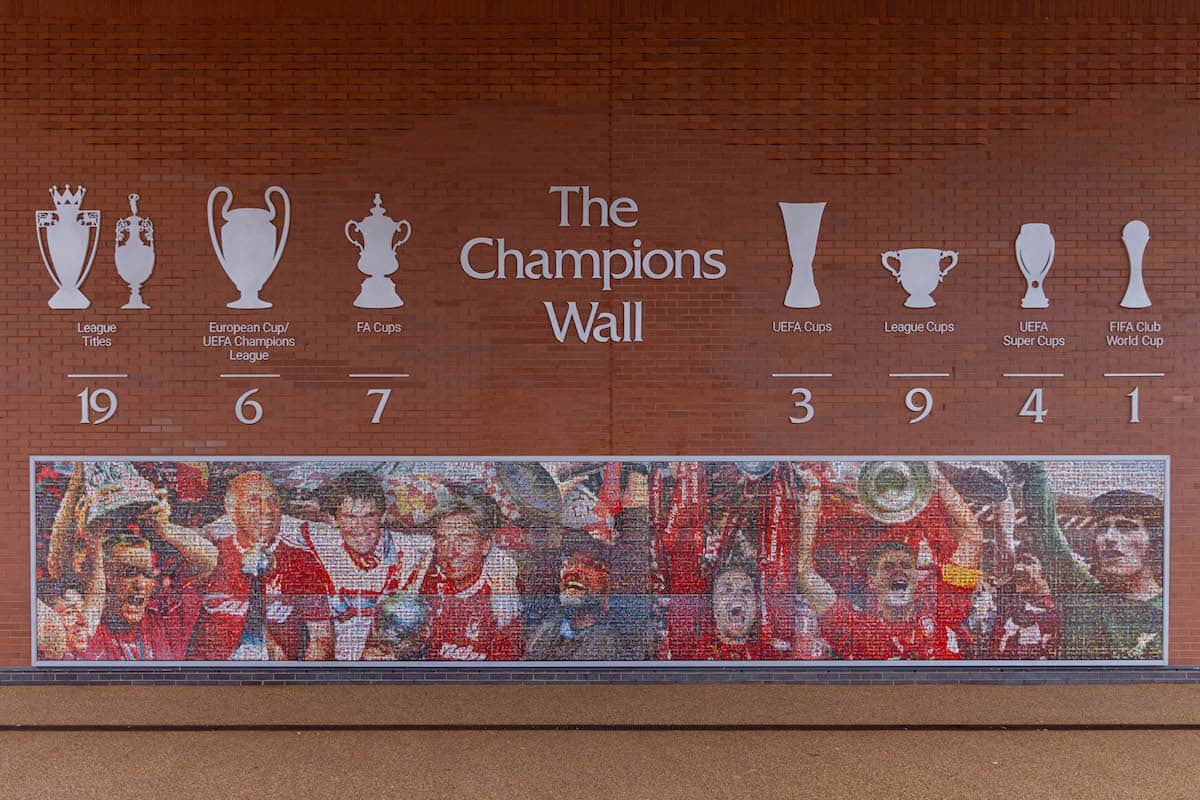 After 120 minutes and no goal to either Liverpool or Chelsea, the game would be decided from 12-yards and what came next was a show of steel by the Reds.

Each of the 11 penalties were perfectly executed and Caoimhin Kelleher would be the man of the moment – perhaps just not how he planned to be.

His would be the winning penalty after Kepa Arrizabalaga skied his effort into the nosebleed section, securing the ninth League Cup in club history – the most of any English club.

It is the fifth addition under the management of Jurgen Klopp and it’s led to another change to the Champions Wall, which was quickly undertaken at Anfield on Monday.

The dust had hardly settled, some Reds yet to arrive back home and it was there in all its glory. Nine League Cups now making up a grand total of 49 major honours. 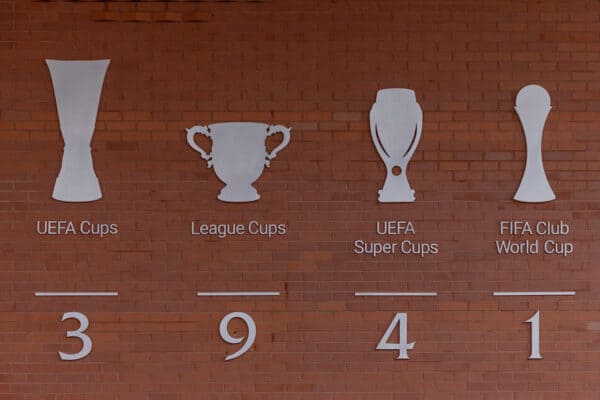 There were, of course, further updates that took place on the Champions Wall at the training ground but the hope, and expectation, will be that is not to be the last this season.

The Reds are still firmly in the fight on the remaining three fonts and will look to take another step forward in the FA Cup on Wednesday.

As Mohamed Salah and Trent Alexander-Arnold both said, it’s “one down” and Liverpool are “hungry for more.”