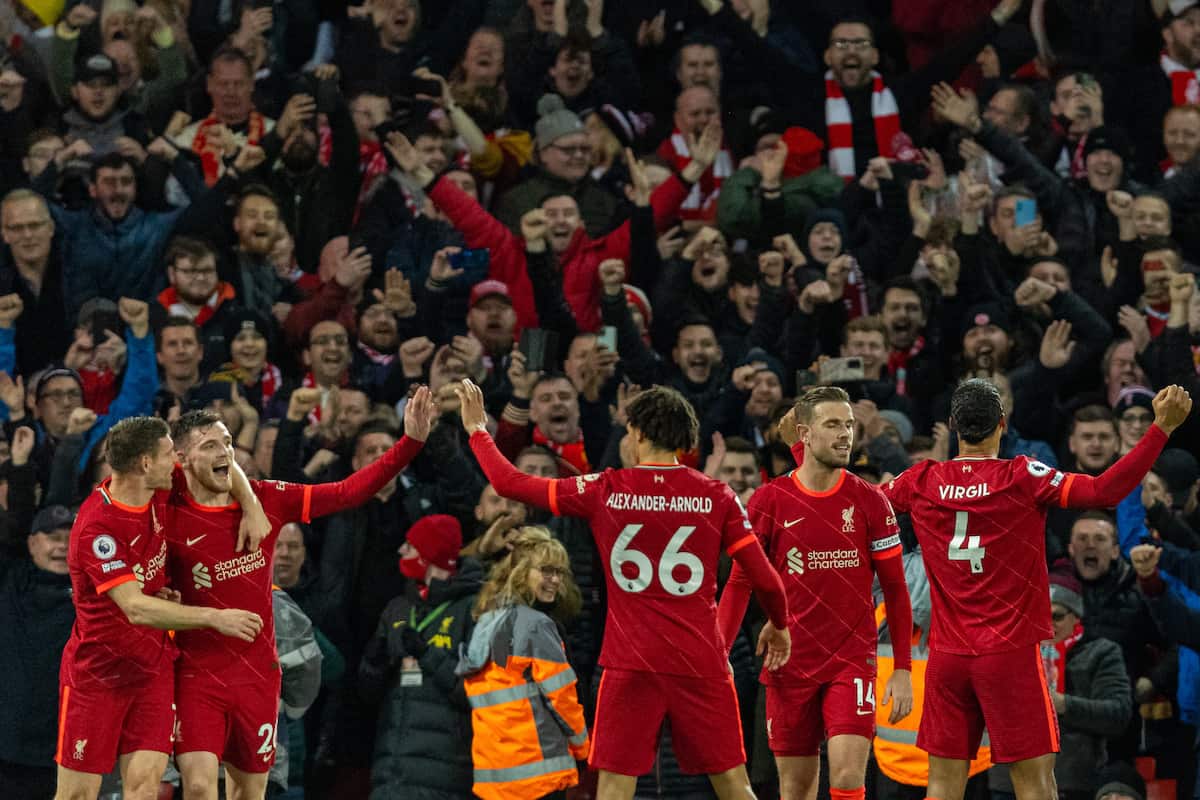 There were several outstanding performers in Liverpool’s 6-0 annihilation of Leeds, as the Reds’ stunning form continues.

Jurgen Klopp‘s men made light work of the Whites at Anfield, as they got to within three points of Premier League leaders Man City.

Mohamed Salah scored two penalties in the first half, while Joel Matip also found the net in between, following a burst forward.

In a memorable finale, Sadio Mane scored twice and Virgil van Dijk bulleted home a header, on a memorable night for Liverpool. 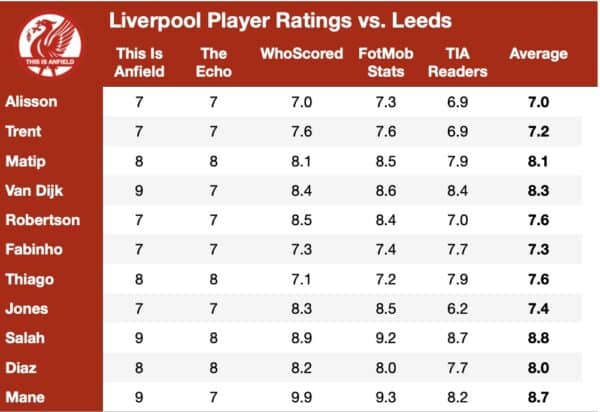 Salah (8.8) is having an astonishing season and he earned yet another highest average rating on Wednesday night.

The 29-year-old added two more goals and an assist to his tally for the campaign, with nobody close in the PFA Player of the Year race.

TIA’s Joanna Durkan claimed Salah produced a “devastating first half” performance, adding that he was “instrumental to the first four goals.”

In second place was Mane (8.7), who may not be on his fellow African teammate’s level at the moment but is still scoring freely.

Ian Doyle of the Echo felt the Senegalese’s “second-half endeavour was rewarded” with his brace of goals, taking his tally to 13 for the season. 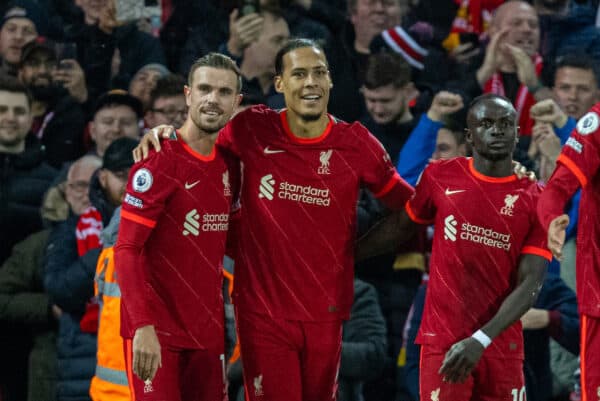 Van Dijk (8.3) took home the bronze medal, with FotMob pointing that he made eight recoveries, three interceptions and two clearances.

Liverpool’s colossal centre-back was at his “effortless best”, according to Durkan, getting a goal for good measure in the dying seconds.

Alisson (7.0) received the lowest average, which says a lot about how dominant the Reds were against Marcelo Bielsa’s beleaguered outfit.

The Brazilian was almost caught in possession by Dan James early on, but he was otherwise a passenger for much of proceedings.

Liverpool’s next assignment is Sunday’s League Cup final against Chelsea at Wembley (4.30pm), as the Reds look to clinch more silverware.