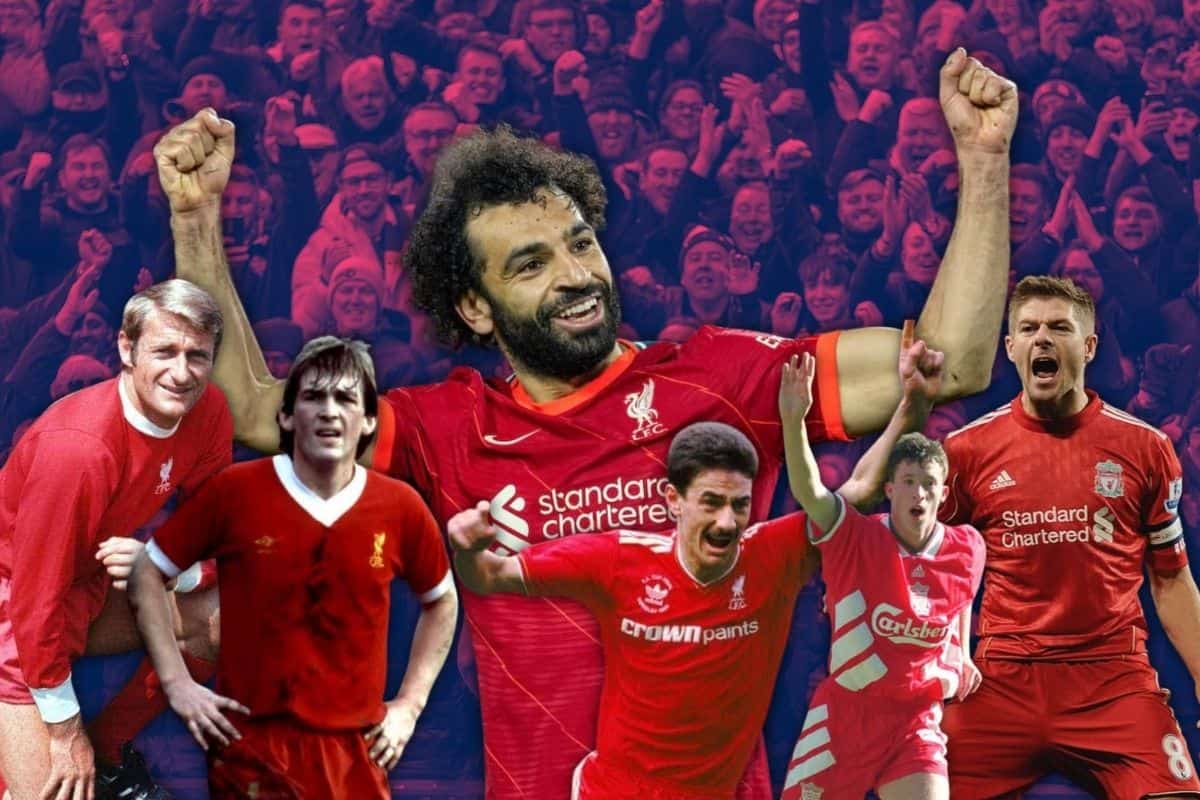 Mohamed Salah became only the 10th Liverpool player in history to reach 150 goals for the club, joining an illustrious list of names and with the promise for more.

The No. 11 showed off his genius once more against Norwich, latching onto Alisson‘s raking delivery before bamboozling the defence and sliding the ball into the net.

Many would have thought the moment had gone but Salah had other ideas and it proved crucial as Liverpool came from behind and ultimately saw the title race take a welcome turn.

The milestone goal to hit 150 for the club left Salah with a sense of pride as he continues to look up Liverpool’s goalscoring charts.

The 29-year-old reached the tally for the Reds in the second-fastest time, in just 232 games, surpassed by only the great Roger Hunt (226).

It sees him join a list including Ian Rush, Billy Liddell, Steven Gerrard and Kenny Dalglish, with Harry Chambers and Michael Owen’s all-time tally on the cusp of being surpassed. 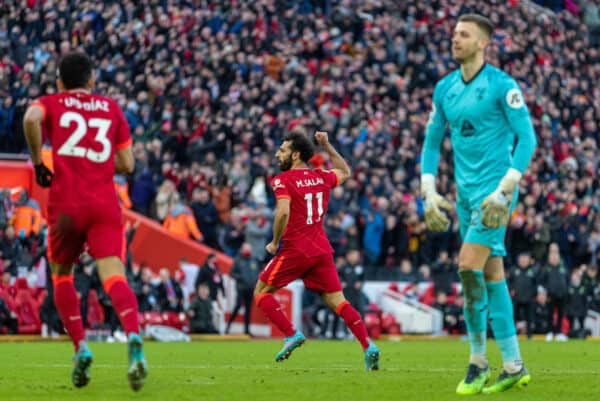 Salah needs nine more goals – certainly achievable this season – to move up to eighth in the all-time goalscoring charts, while Gerrard (fifth) will not be safe with 186.

It’s another nod to the incredible prolificacy of Salah and it’s a journey few could have predicted when he arrived at Anfield in 2017, including Jurgen Klopp.

“The first was at Watford (in August 2017) was probably the easiest,” Klopp said. “No-one could imagine when he scored the first that he could score 149 in such a short period of time.”