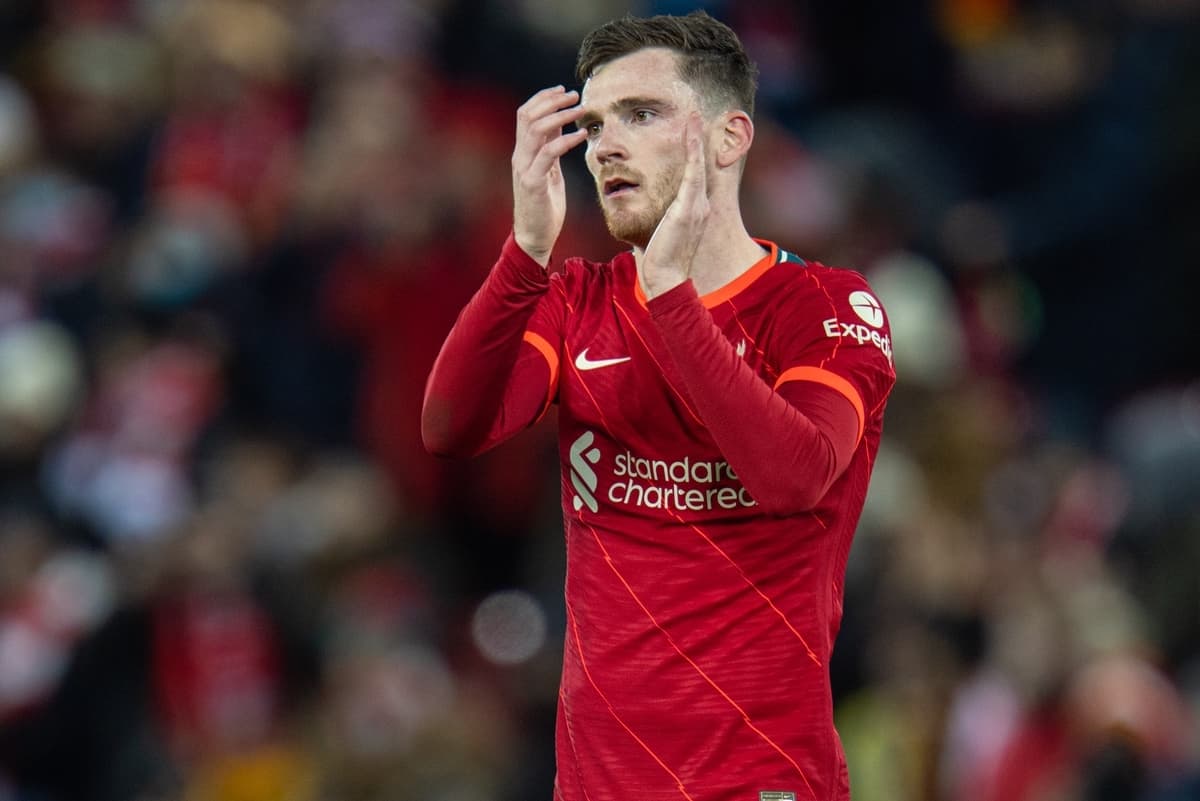 Andy Robertson made sure he was available for Scotland on Tuesday after a COVID-19 enforced absence that also ruled him out of Liverpool’s FA Cup quarter-final win at Nottingham Forest.

Jurgen Klopp confirmed that the left-back had tested positive for Covid after the FA Cup tie, which led many to expect him to miss both Scotland’s friendlies against Poland and Austria.

But after missing the first friendly, Robertson was back in training with his international teammates on Monday before being selected for Steve Clarke’s starting XI on Tuesday night.

Robertson admitted to holding conversations with Klopp over managing his international commitments prior to the game, with the key message to be “sensible.”

“He wants us to be sensible of course, but he knows how important it is to us, just like every Liverpool game, and we always make ourselves available for them,” Robertson said.

“He will probably be happy that I have only played one game and not two.”

In the end, Robertson would play only 58 minutes in the 2-2 draw in Austria on Tuesday, with both goals conceded by Scotland coming after he had departed.

With a taxing run-in ahead for Liverpool, Robertson’s minutes could certainly be regarded as a positive, unlike most international friendlies, as otherwise he would have gone 17 days without a game.

Ultimately, a valuable chance to blow away the cobwebs ahead of Watford‘s visit on Saturday, with Robertson expected to feature prominently.

In his 58-minute outing, Robertson — playing at left-wing back — was as industrious as one would expect and played a key role in setting up Scotland’s second goal of the night in combination with Kieran Tierney and John McGinn.

And navigating the fixture without any issues, Robertson will now venture back to Anfield “fresh and good to go for the run-in.”