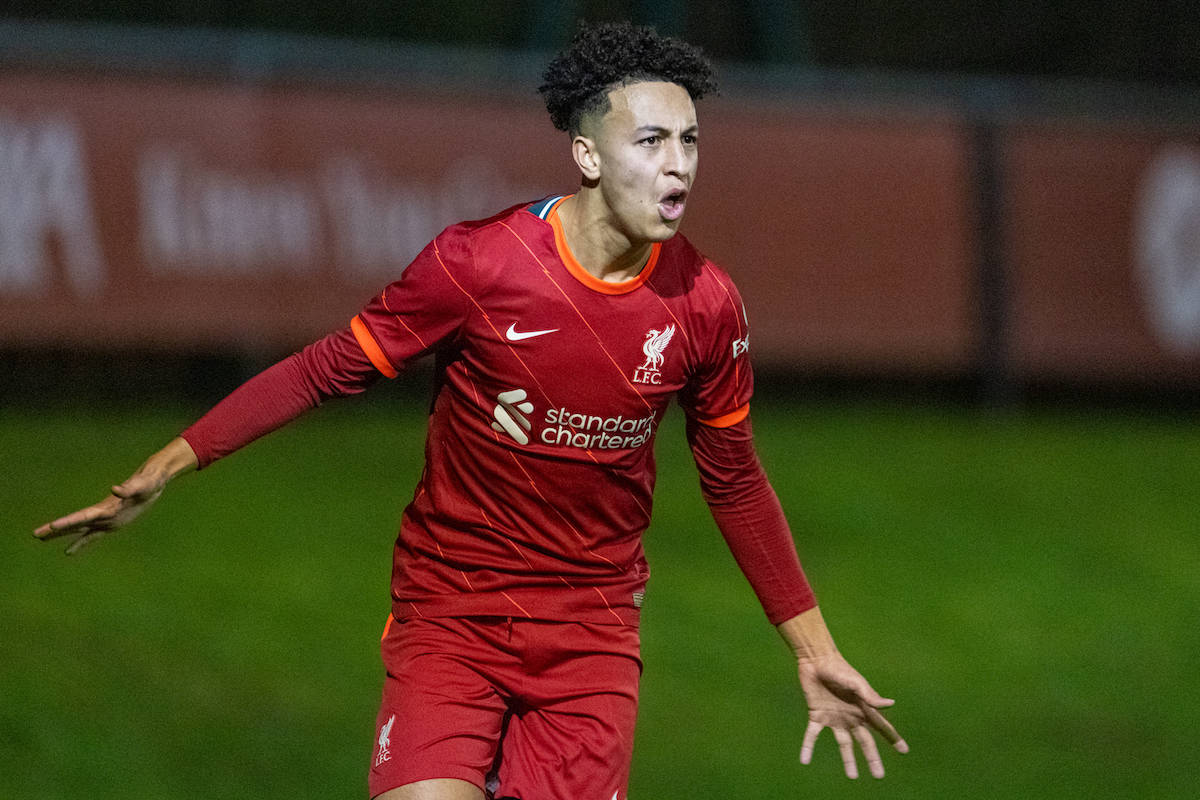 It has been a while since Liverpool fans have seen Kaide Gordon involved with the first team, but Diogo Jota has served another reminder of the winger’s potential.

Gordon was a surprise package during pre-season last summer, earning a regular place in Jurgen Klopp‘s senior squad in the first half of the season.

The 17-year-old has made four appearances for the first team already, as well as making the bench on another six occasions, and he scored his maiden goal for the club in the 4-1 win over Shrewsbury on January 9.

Persistent injuries have kept Gordon sidelined since mid-February, however – though the increase in competition in Klopp’s attack has limited opportunities for youth in any case.

But he has not been forgotten, with Jota namechecking his young team-mate in a recent interview with PlayStation.

“Kaide Gordon,” he said when asked who he could see making their mark in the years to come. “His future looks great.”

It is not the first time Gordon has been singled out for praise from one of Klopp’s key names, with Trent Alexander-Arnold remarking that “the future is bright” after the youngster’s Premier League debut in January. 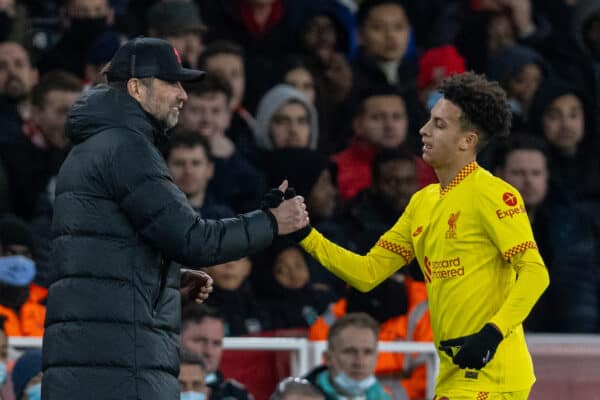 Klopp himself insisted days before that league bow against Brentford that “Kaide is always in our mind,” with the manager eager to clear a pathway for his No. 49.

“He’s an outstanding talent, so he’s here as long as he’s fit, he’s always in my mind and then we will see where that exactly leads,” he added.

Pepijn Lijnders, meanwhile, saw “fire in each moment he touched the ball” during training, noting how Alexander-Arnold and James Milner have played crucial roles in Gordon’s integration.

He is clearly a popular player within the first-team setup, and though injuries have stalled his momentum, a patient approach should see him follow the trajectory laid out for him at Liverpool.