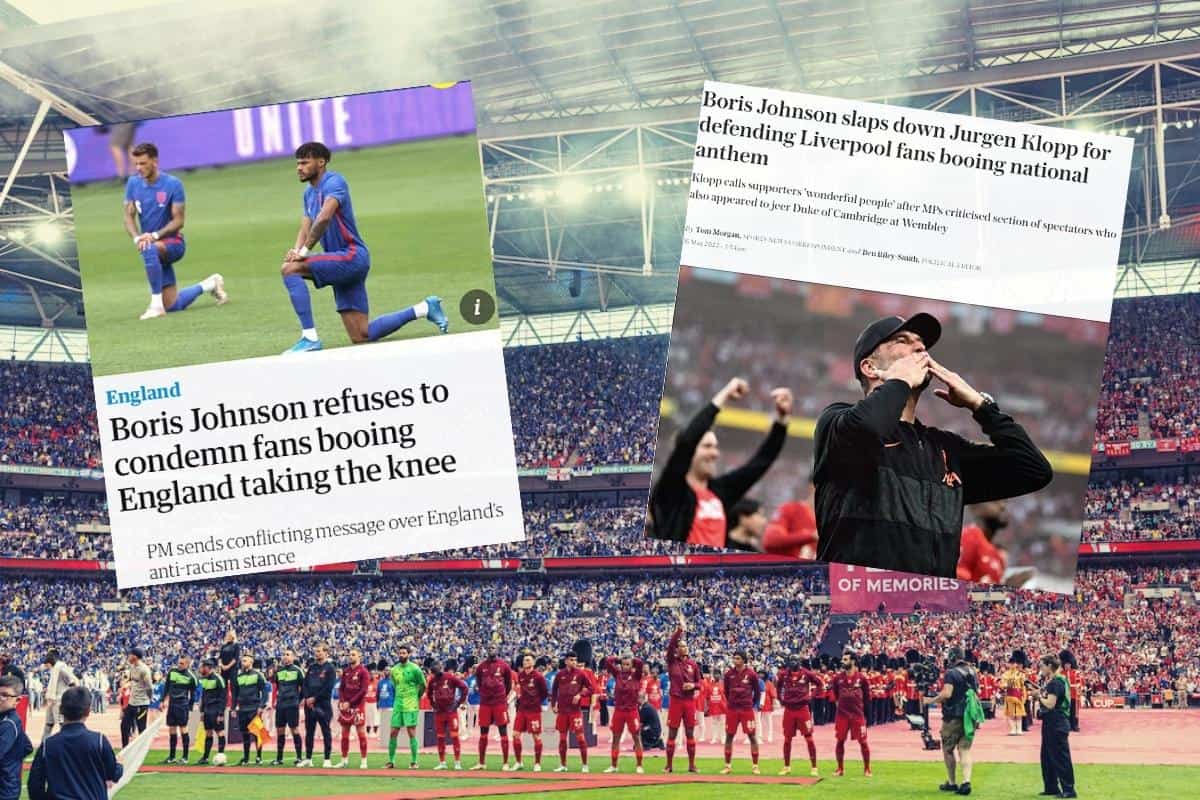 Boris Johnson the hypocrite, not a new sentiment but one that again has been made all too apparent in response to the booing of the national anthem at Wembley.

Liverpool enjoyed another successful Wembley outing on Saturday, collecting their second trophy of the season and their first FA Cup in 16 years thanks to a shootout win over Chelsea.

And yet it was not Jordan Henderson lifting the trophy that had the majority of people talking, but rather a hysterical reaction from select publications, journalists and rivals of the booing of the national anthem.

A reaction that spoke volumes of the lack of willingness to understand the reason behind it.

“Of course I have thoughts, but in these situations, it’s best to ask the question: ‘why does this happen?’” Klopp aptly told reporters when asked about the matter on Monday.

“I know our people that well that they wouldn’t do it if there was no reason for it.”

And there is reason aplenty.

In response to Liverpool fans booing the anthem at Wembley, Johnson’s official spokesperson said there was “no” reason to boo the anthem before saying it was “great shame,” as the FA Cup was meant to “bring people together.”

Compare and contrast those words with his stance on supporters booing players taking the knee against racial discrimination and it paints a picture of who he is, not that it comes as a surprise.

In June it was said, the prime minister “fully respects the right of those who choose to peacefully protest and make their feelings known.”

So booing anti-racism is okay, but the national anthem, on the other hand, is off-limits? Free speech, who knew it had such vast criteria to meet!

It is people like Johnson that the city of Liverpool denounces, from corruption, breaking the very lockdown rules he instated, lying to the Queen and sending the country into poverty while his cronies live it large – the list is endless. 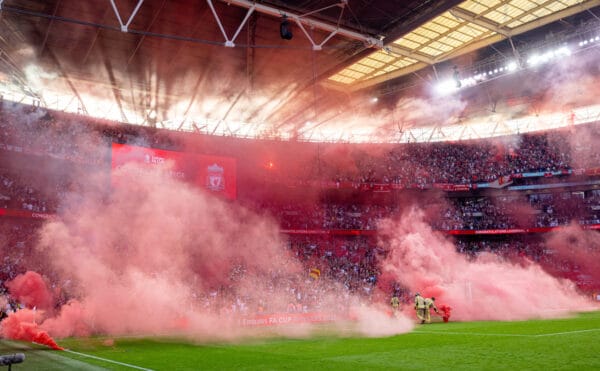 And let’s not forget Johnson’s attack on Liverpool in 2004, where he said Liverpool “see themselves whenever possible as victims, and resent their victim status; yet at the same time they wallow in it.”

But this is only the present day, Liverpool fans have been booing the national anthem since the 1980s following the ‘managed decline’ of the city and the cover-up of the Hillsborough disaster.

When you have a monarch sitting on a golden throne with a crown full of diamonds talking about the cost of living, that does not represent Liverpool or the majority of this country.

Liverpool’s stance is one that stands up for justice, fights for equality and speaks for those who don’t have a voice. Johnson will never be able to see that, and the city of Liverpool will never stay quiet.