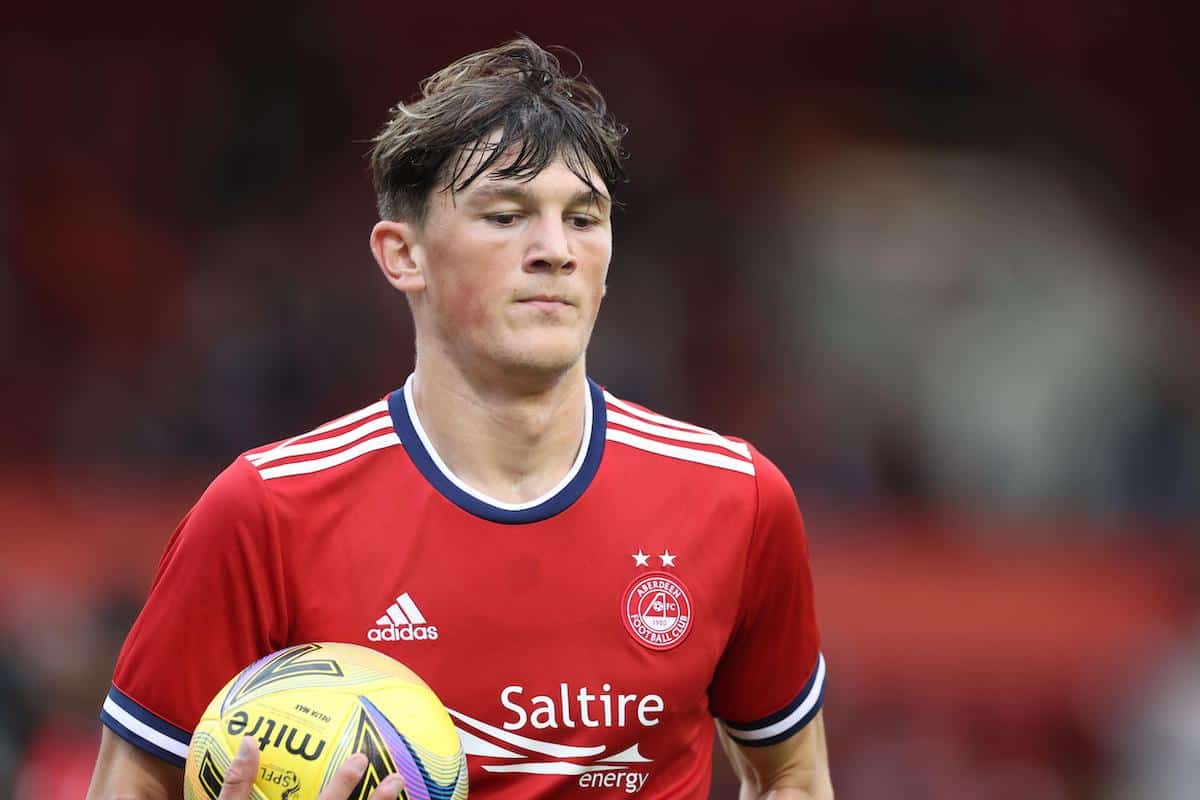 Liverpool’s early transfer focus has been landing the signatures of highly-rated youth players and another could be added to the fold, with the Reds stepping up their pursuit for Calvin Ramsay.

The Reds have already signed 16-year-old winger Ben Doak and while not yet officially announced, Fabio Carvalho‘s switch to Anfield is rubber-stamped.

It represents an exciting injection of youth talent into both the academy and first team, and now Aberdeen’s 18-year-old right-back Ramsay is firmly on the club’s agenda.

Interest in the Scottish defender was reported by The Times‘ Paul Joyce late last month and now the Daily Mail‘s Dominic King, and Daily Record, report Liverpool are eyeing a £4 million deal.

The teenager has attracted interest from Leeds but King states that “Ramsay is leaning towards Liverpool,” despite regular minutes more likely to come at Elland Road.

A £4m deal would be less than the £4.8m Bologna presented and saw rejected by Aberdeen in January, but any Reds deal is likely to include favourable add-ons for the Scottish side.

Ramsay was recently named Scottish Football Writers’ Young Player of the Year thanks to a breakthrough season with 33 appearances and nine assists and a goal.

And any deal for Ramsay would certainly have implications for the future of Neco Williams, who had been touted for a permanent departure before his loan spell at Fulham this year.

But a suitable deputy for Trent Alexander-Arnold is considered a need for Liverpool moving forward and they will wish to see the success they are now witnessing with Kostas Tsimikas and Andy Robertson. 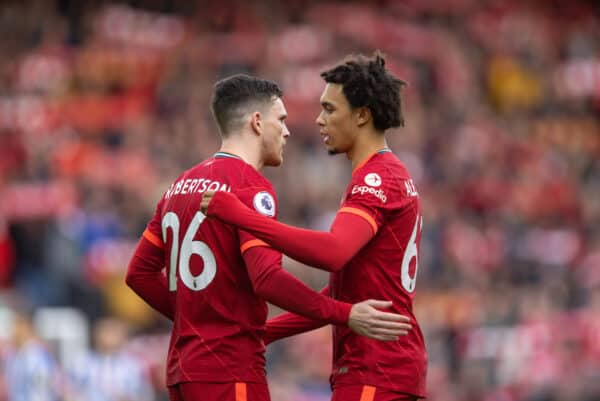 And the young right-back recently namechecked Alexander-Arnold as a player he looks up to and bases his game off.

“As a full-back, watching Trent and his crosses and his technical ability, if I can get to that level then it would be a bonus,” he said. “If I can be half the player of him I will be laughing.”