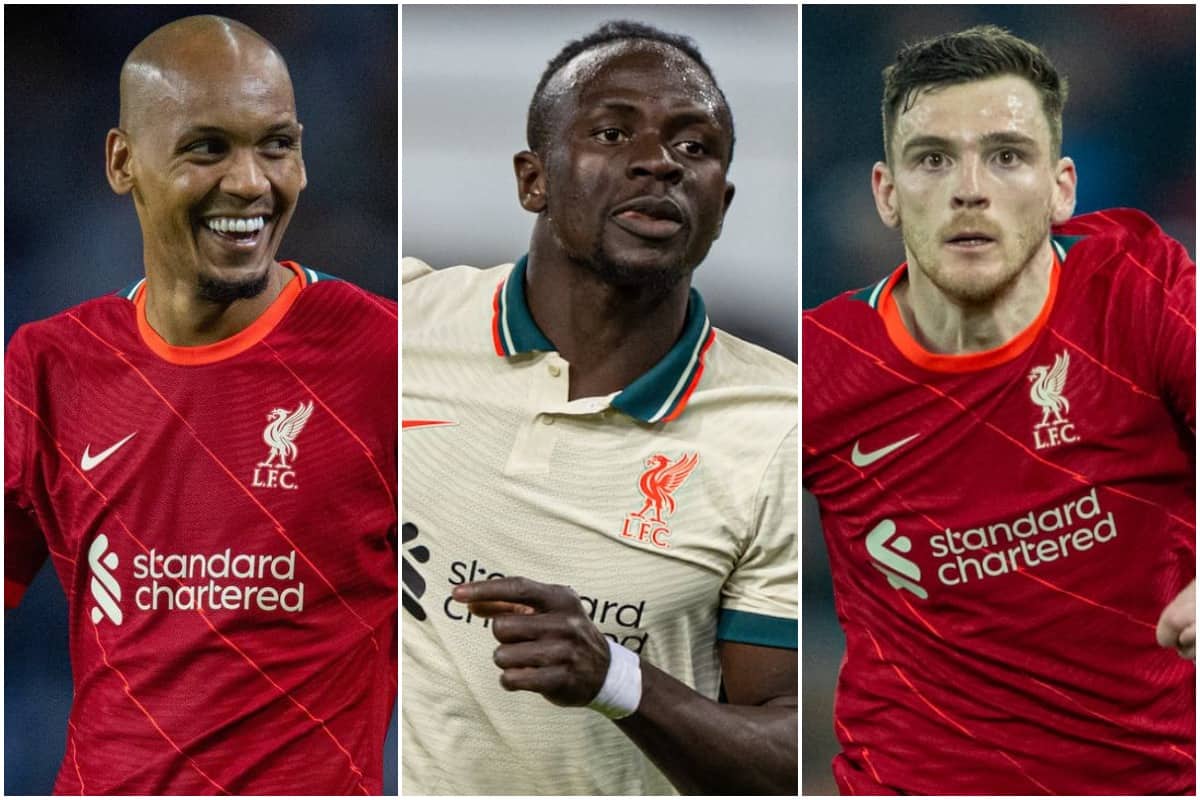 Liverpool have been subject to “quadruple” talk for a long time – but now we can finally focus on winning the next part at the weekend! Before then, it’s team news and transfers.

Sadio Mane has been one of the Reds’ best performers of late, plundering a succession of vital goals from centre-forward in another changed role and adding to his tally with the winner at Aston Villa last night.

That has predictably seen him hit the headlines in more ways than one though; while he was linked last week with Bayern, it’s now Barcelona who are reportedly keen.

This rumour comes out of Catalunya, with local media saying the Camp Nou side have asked him both about the possibility of a move this year and an exit next summer on a free, with Mane apparently set to decide based on the outcome of the Champions League final. That sounds rather ridiculous, that an elite athlete might decide to move on or not based on what might yet amount to a penalty shoot-out lottery, though they do further add that he would be “delighted” to represent Barca.

Elsewhere, one to firmly ignore is restarted Kylian Mbappe rumours. As the Haaland deal has shown, we simply won’t get involved at that level of salary and Mbappe’s is set to be even higher – wherever that ends up being. L’Equipe claim the Reds have “entered” the race after keeping tabs throughout, with the fact it’s a free transfer playing into our hands.

Except, when you factor in reports claim he’ll be on €500k a week if he signs a new PSG deal for two years, it’s very definitely not free, is it.

Elsewhere, Italian media say the Divock Origi to AC Milan transfer is being held up because of our involvement in the Champions League final and the fact Milan are about to face a takeover. While that’s reasonable, it’s also pretty easy to rattle off without any actual new update on the Belgian’s future.

We officially declare French “fan/media vibe” to be absolute confirmation and we’re off to buy our Tchoua replicas.

I don't post this kind of stuff usually, but as I live in France, I thought the view from here might be of interest to Reds fans. The media/fan vibe here is that Aurelien Tchouameni has agreed in principle to join Liverpool. He has supposedly had glowing reports from Konaté.

Tonight’s game is either the Coppa Italia final, Juve vs Inter, or Leeds vs Chelsea in what will hopefully be a knackering, draining and ultimately deflating pre-FA Cup final encounter for the visitors. And either way, we’ll be praying to all the Portuguese gods that are or ever were that Jose Sa has a worldie and Ruben Neves lashes one in.