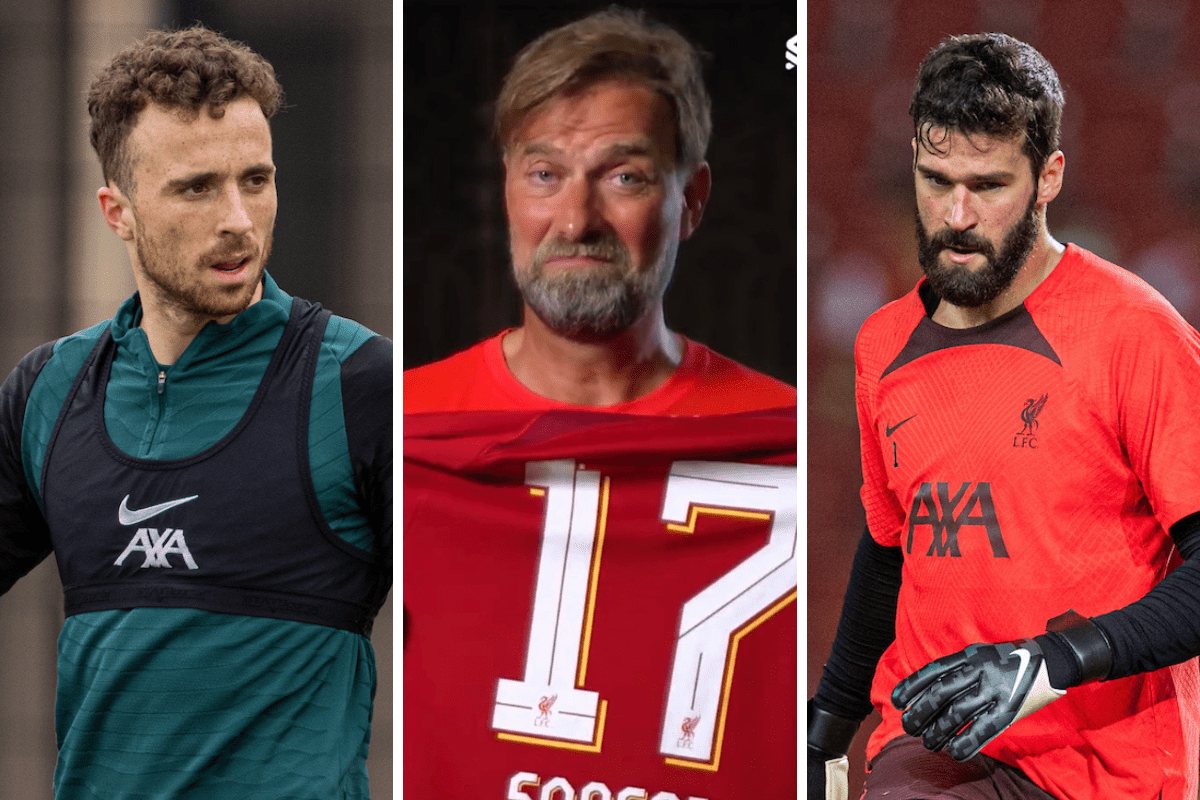 Two Liverpool stars have been setback by injury during pre-season, while the club’s kit sponsor for the next five years has been announced.

There’s been a lot of good news for Liverpool recently, we were bound to get something bad soon, weren’t we?

Diogo Jota and Alisson have both picked up injury issues and, at this stage, it’s unclear how serious, with both players to undergo more medical tests in the coming days.

However, certainly, in Jota’s case, this really is an untimely setback. The forward sustained a hamstring injury while on international duty with Portugal at the end of last season, and this looks to be a recurrence of the same issue.

The Portuguese international was outstanding for large parts of last season but struggled for consistency towards the end of the campaign, and this certainly won’t help him regain it.

Jota didn’t play a part in Tuesday’s friendly against Man United and had only just returned to full training later this week.

With he, Mohamed Salah, Luis Diaz, Darwin Nunez, Roberto Firmino and others all vying for spots in attack, he really could have done with a solid pre-season.

The nature of Alisson‘s injury is less clear, but let’s hope this is just the club being extra cautious as the new season approaches.

? ? Liverpool FC have announced a 4-year extension of their partnership with Standard Chartered 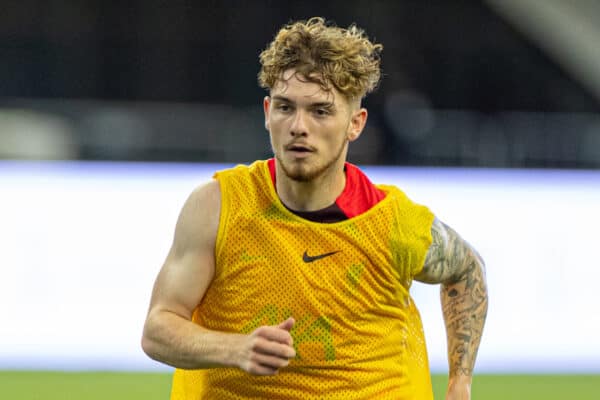 Twitter was down for a lot of the day, but there was still time for us to share some Salah/Tsimikas bromance propaganda.