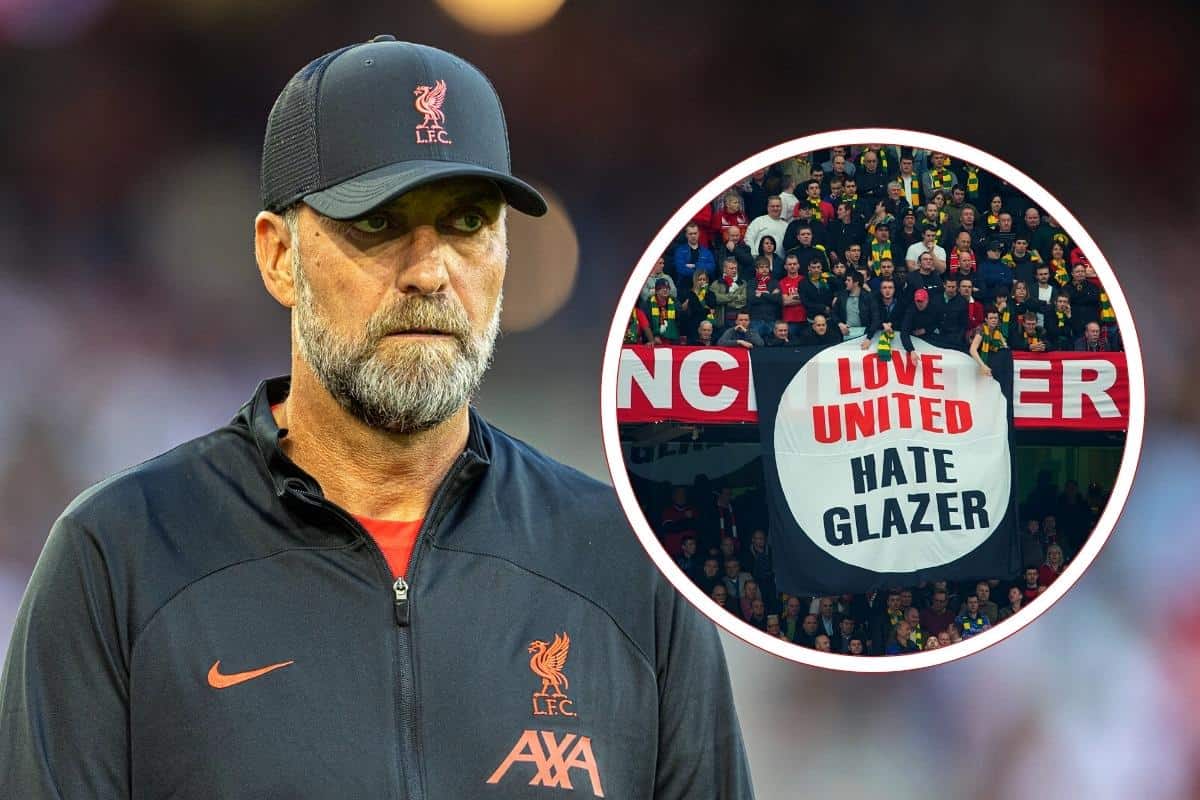 A protest is planned by Man United supporters ahead of the meeting with Liverpool, but if it were to force another postponement, Jurgen Klopp knows where the three points should go.

Liverpool and Man United both head into Monday’s game without a win this season, and in the case of the latter, no points at all.

It has added fuel to the already burning fire of discontent at Old Trafford, with supporters again attempting to demand change from their owners, the Glazer family.

Protests have been widely discussed for this fixture, including plans to boycott the game, while fan group The 1958 announced plans to “march” an hour before the match to stand up to this “vile ownership.”

Whether that will cause a delay to kickoff or even a postponement, as it did in May 2021 when fans broke into the stadium to force – something United never received any sanctions for.

But if the game could not go ahead as planned on Monday evening, Klopp feels the solution is straightforward.

“I really hope it will not happen, but if it happens I think we should get the points,” Klopp told reporters.

“We have nothing to do with the situation. If that happens and the supporters want the game to not happen, we cannot rearrange the game and try and fit it in somewhere…it’s incredibly busy [schedule].

“I don’t think, and I really hope, this will not happen. I have no idea what could happen, I don’t think about it.

“They tell us it’s fine, we go there and play the game, hopefully, and then go home.

“But if [the game gets postponed], I really think, in a situation like this, always the other team should get the points because they have nothing to do with it. They prepared it [the game].”

He added, with a wry smile: “Now you have your headline.”

The events from May 2021 never led to any punishment to deter a similar move and it is understandable for Klopp to take this position, and he will not be alone in thinking it.