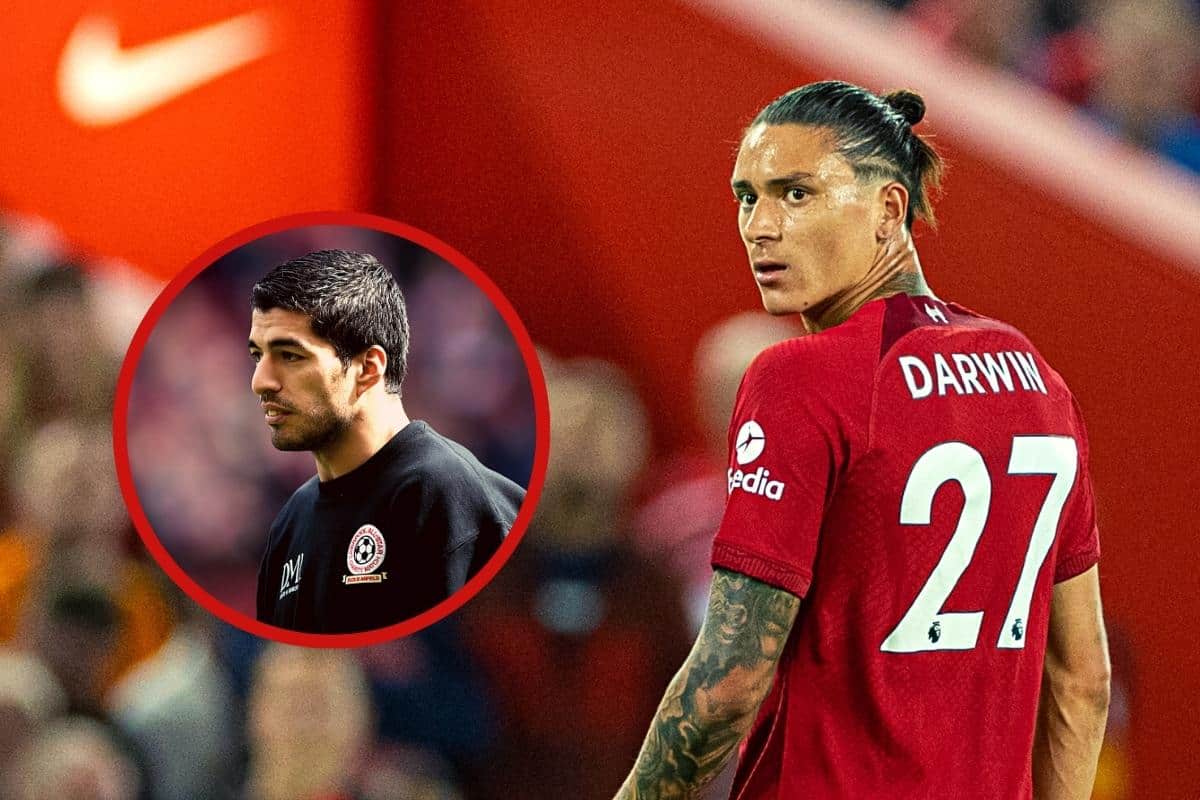 Luis Suarez has revealed he has touched base with Darwin Nunez following his red card on Monday, offering advice and acknowledging he will be targetted with similar treatment again.

For the first time under Jurgen Klopp, one of his players was shown a red card for violent conduct and Nunez has since apologised on social media for his “ugly attitude.”

After the draw against Crystal Palace, Klopp was quick to say that it was “definitely the wrong reaction” but that “he will learn off that,” words not too dissimilar to Suarez’s.

Liverpool’s former No. 7 has shared the pitch with the Nunez at international level and has long been an admirer and sounding board for him, and the pair have been in contact since the red card.

“I talked to him because he is just starting out, and I wanted to make him aware that from now on [opponents] will be seeking him out twice or three times more often,” Suarez told Telemundo de Uruguay.

“Even more so in England. He’s hearing this from an idiot who made mistakes and suffered for them, but falling down and getting up again made me stronger.

“Don’t give them any more chances, it’ll only get worse.

“Darwin is someone who listens a lot. He is very smart that way and I think he will try to turn this situation around.

“It’s not a big deal, we have all made mistakes, we have all been sent off. The problem is that he’s only just arrived in England, to put it lightly, they make a big deal out of everything.”

From someone who has been on the receiving end of scrutiny and controversy, Suarez’s first-hand experiences will no doubt will have been passed on to Nunez, who can now expect similar treatment from defenders across the Premier League.

Liverpool will not be naive about that and Nunez will have time to learn and come back with a greater threshold than what he showed on his Anfield debut.

“The moment that Darwin is experiencing at a football level is spectacular. It is admirable, at his age he is already in Liverpool,” Suarez said of Nunez.

“It is to applaud him. He has to enjoy this stage, keep giving and keep learning.”