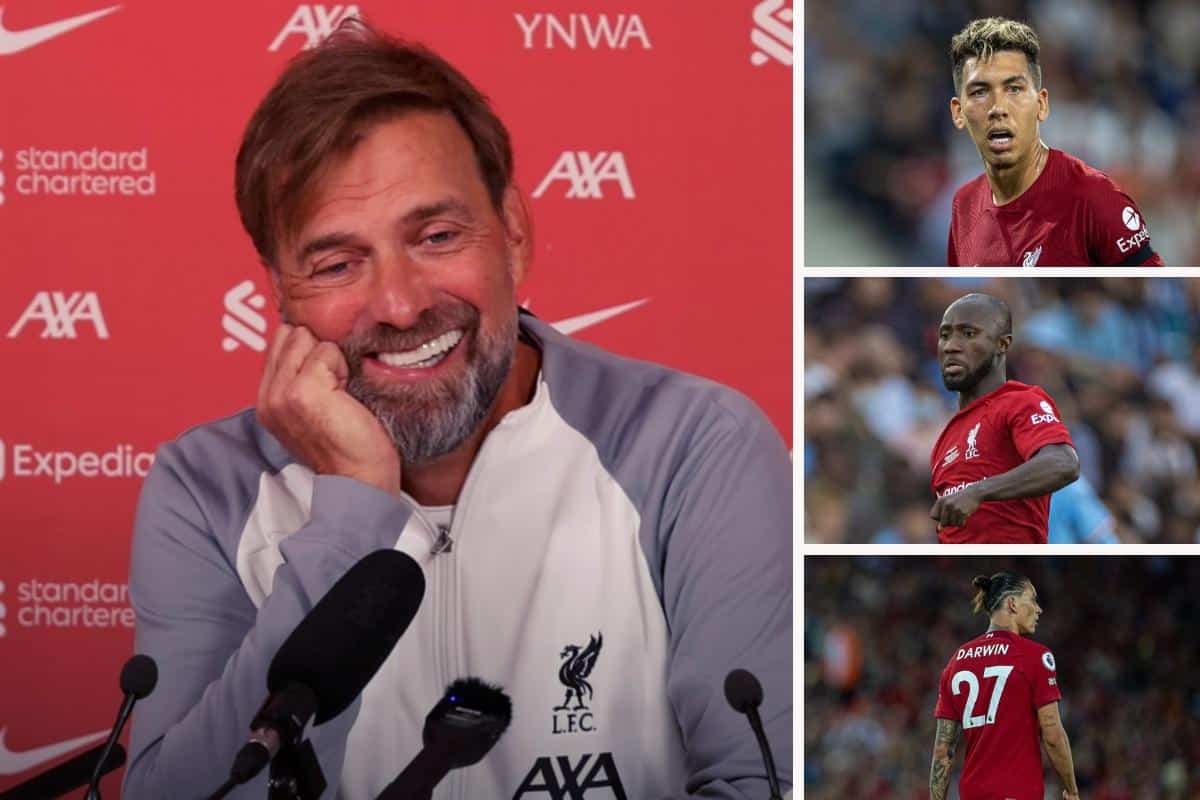 Jurgen Klopp talked all things Darwin Nunez, Naby Keita, injuries, and even had time for a cheeky pop at an ex-player as he fronted the press ahead of the trip to Man United.

Here are five key points from the manager as he looked ahead to Monday’s game:

There are a lot of outs, at least ten players, in fact.

But Roberto Firmino is to be in contention after training “normal” during the week, while the expectation is that Joe Gomez will start after similarly showing no issues.

As for Diogo Jota and Curtis Jones, “they are getting closer, but no chance for this game.”

Straight to the Naby ‘news’

The last couple of days have seen Naby Keita‘s name linked with exit rumours, with reports claiming he was “unhappy with his situation” at Anfield.

But from Klopp’s view, there is “absolutely nothing” wrong on that front and that Keita looks “really good” in training.

“[He is] not a player who is overly happy when he is not playing, but it should not be so,” the manager admitted.

There is still time for rumblings to turn into something more but for now, Keita could well be preparing to make his first start of the season at Old Trafford.

Nunez seeing red on Monday night was a blow for the player and for Liverpool amid a long list of injuries, but after having a talk about the incident it is time to learn and move on.

The manager does not want to see Nunez “walk through the building with [his] head down,” after being “very disappointed with himself that it happened.”

But while not being an “expert” in these scenarios, as they rarely, if ever, happen under his management, Klopp was eager to discuss that Nunez can expect similar treatment in the games to come.

It’s a steep learning curve but the dust has settled and now it’s all about making the most of the time he has to spend on the sidelines.

A cheeky pop from the boss!

We all love a good cheeky dig from Klopp and ex-player Gabby Agbonlahor was his target on this occasion having listened to his criticism of Man United during their 4-0 defeat at Brentford.

For Klopp, it was amusing that a player who he does not remember being “a mentality monster on the pitch” during Aston Villa‘s 6-0 defeat to Liverpool in 2016 had so much to say.

“I watched the first half here [at Kirkby] and I drove home and coincidentally listen to talkSPORT and Gabby Agbonlahor… he lost against us 6-0 in my first year.

‘Need performances to work with’ 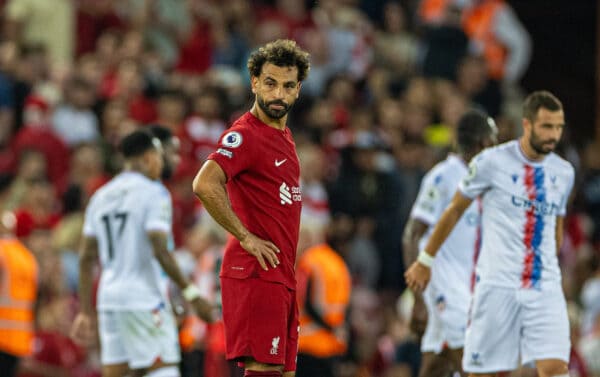 It’s been a topsy turvy start to the season for Liverpool with their three games against Man City, Fulham and Crystal Palace all offering some different, for good and bad.

For Klopp, he wants to see performances he can build from.

“At the start of the season you want to have results, I don’t want to say first and foremost, but they help a lot. But you need performances to work with.

“We now have a lot of good and a few not so good, now we go from here.”