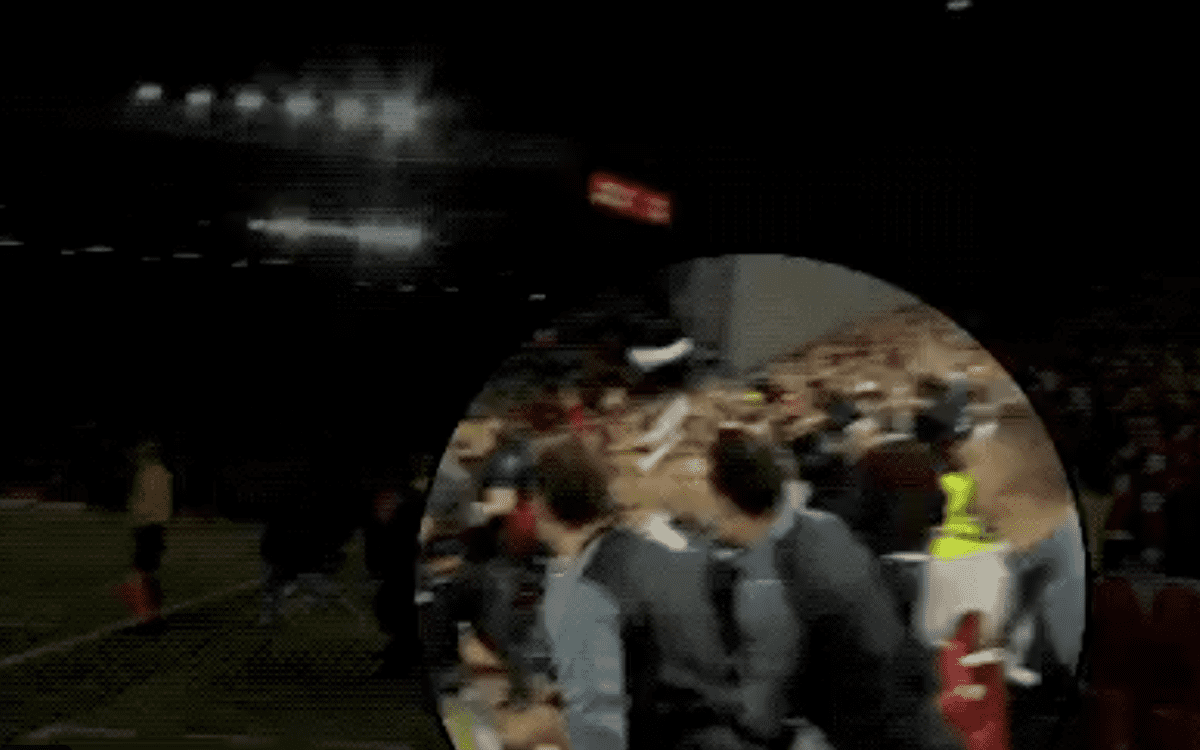 Footage has emerged of a Newcastle staff member appearing to throw an object at the Liverpool bench after the Reds’ late winner on Wednesday, with the FA now investigating the incident.

Fabio Carvalho‘s 98th minute goal sparked wild scenes inside Anfield, not least in the dugouts, where tensions had risen throughout the match.

There were heated discussions between both benches throughout the game, with Liverpool unhappy with Newcastle‘s blatant attempts to run the clock down.

And things boiled over after Carvalho’s winner, with BT Sport sharing footage of a Newcastle staff member appearing to throw an object towards the Reds’ dugout, sparking a scuffle between players and coaches.

According to BBC Sport‘s Alistair Magowan, the FA are now looking into the incident.

The footage clearly shows the moment an object was thrown, which is likely to lead to consequences for the Newcastle staff member in question.

It wasn’t the only eye-catching incident from the wild scenes, and here we’ve picked out four things fans noticed in the aftermath of Liverpool’s dramatic victory.

Darwin Nunez was in the thick of the activity between both benches, with the Liverpool striker, who was serving the final game of his three-match suspension, loving every second of the animosity.

Fan footage has also emerged on social media showing the moment Newcastle were booed off by the Anfield crowd as a result of their attempts to time waste throughout the game.

They quite rightly deserved to be booed off. Awful awful tactics.

They got what they deserved. Nothing. pic.twitter.com/mGnXl4U6Ft

It’s not often you see the Reds’ faithful show such anger towards a visiting team, but given the way Newcastle were intent on wasting time from the early stages of the match, can they really have any complaints?