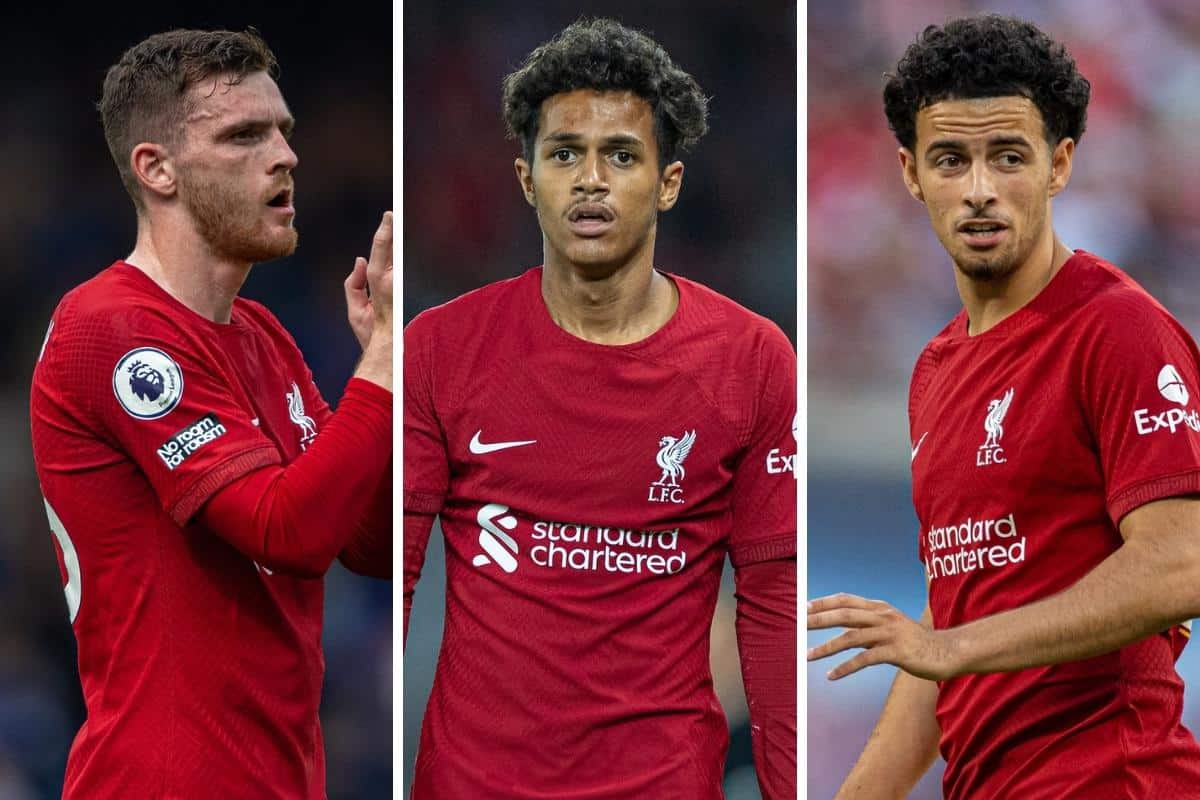 Jurgen Klopp has provided an update on the fitness of Andy Robertson, Fabio Carvalho and Curtis Jones, with only one of the trio ready for the clash with Ajax.

Liverpool take on Ajax in their second group game of the Champions League on Tuesday, with Klopp eager for his side to respond after their 4-1 humiliation at Napoli.

With the weekend visit of Wolves postponed, the Reds have been given almost a full week to prepare for their next tie, though it has barely improved the injury situation.

Robertson has added to Klopp’s worries having picked up a knee issue in Italy, while Jones remains sidelined with a calf problem that has kept him off the pitch for the entire campaign so far.

However, Carvalho is back in full training after recovering from a dead leg suffered in the Merseyside derby.

“Robbo is now not 100 percent. Very late, 93rd or whatever minute, he felt it – actually he only felt it the next day.

“But he’s out for at least [until], I would say, after the international break.”

On Jones and Carvalho, he said: “Curtis, not available. Fabio trained yesterday normal and will be available.”

The manager also revealed that Naby Keita and Alex Oxlade-Chamberlain are expected to return “somewhere in October,” with the midfield duo out with long-term thigh and hamstring injuries respectively.

In Robertson’s absence, Kostas Tsimikas will start against Ajax on Tuesday night, with youngster Luke Chambers potentially named on the bench.

Along with Jones, Keita and Oxlade-Chamberlain, Jordan Henderson is also unavailable from the midfield ranks, leaving Fabinho, Thiago, Harvey Elliott, Arthur and James Milner as the options along with Carvalho.

Ibrahima Konate remains out, while none of Caoimhin Kelleher, Calvin Ramsay or Kaide Gordon are expected back yet.