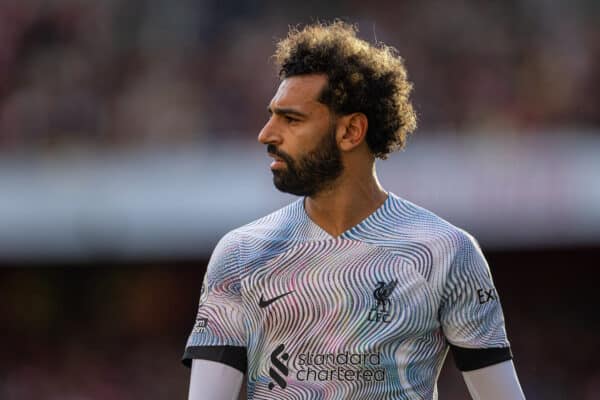 Arsenal 3-2 Liverpool: Player Ratings – What the media and statistics say

There weren’t many players who impressed for Liverpool in their 3-2 defeat to Arsenal, with Trent Alexander-Arnold again under the microscope before injury ended his night.

Jurgen Klopp‘s side were hugely disappointing in their Premier League clash, looking jaded and error-strewn throughout the contest.

Gabriel Martinelli put Arsenal 1-0 up within the first minute of the contest, but Darwin Nunez equalised with a close-range effort.

Bukayo Saka fired home just before half-time and scored the winner from the penalty spot, with Roberto Firmino equalising in between to have offered some hope.

Here we compare our player ratings with those of the Liverpool Echo, the i, WhoScored, FotMob and the This Is Anfield readers.

It was Alexander-Arnold (4.6) who got the lowest rating, with the right-back again a shadow of his former self during his 45-minute appearance.

The 24-year-old’s defending left a lot to be desired and he was culpable for Saka’s goal that put Arsenal 2-1 up.

James Gray, of the i, bemoaned Alexander-Arnold’s “awful decision” to double up on Martinelli for the aforementioned goal, prior to being substituted.

TIA’s Henry Jackson felt he showed a “lack of intelligence” in his defensive work, as his much-criticised troubles continue.

Jordan Henderson (5.2) and Mohamed Salah (5.2) were next in the reckoning, with both way below their best.

The former was “all over the place for much of the opening quarter,” according to the Echo‘s Ian Doyle, and FotMob noted that he failed to win a tackle.

Meanwhile, Jackson said that “much more is required” from Salah, with his performances not close to the level they were at last season.

Next up was Virgil van Dijk (5.4), who produced another lethargic showing that played its part in Liverpool’s defeat.

Doyle claimed that the Dutchman was “conspicuously absent” for Saka’s first goal, with the Reds badly in need of his form improving.

Nunez (7.0) was the bright spark at the Emirates and the only Red to score above a 6, having found the net and looked a threat with his speed and movement.

Liverpool’s next assignment sees them make the trip to Rangers in the Champions League (8pm BST) on Wednesday evening.