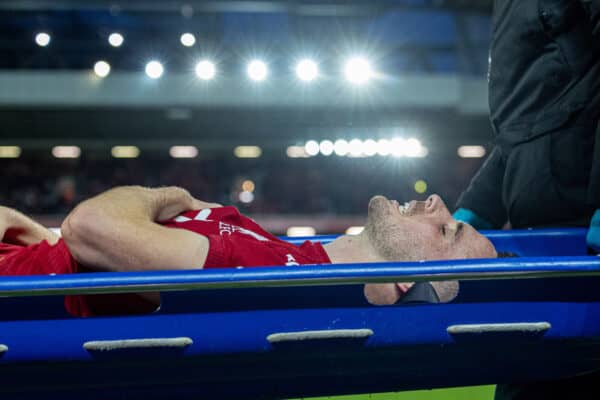 Diogo Jota “fighting to be back” after “dream collapsed” with injury

Diogo Jota has vowed to “fight to be back as soon as possible” after a serious calf injury robbed him of the chance to feature in his first World Cup.

With only minutes left in Liverpool’s captivating win over Man City, Jota dropped to the turf clutching at his leg, many hoped he was simply time-wasting but it was more serious than that.

The 25-year-old had to be stretched off and on Tuesday Jurgen Klopp confirmed that it was “not good news,” with a serious calf injury to keep him out until after the World Cup.

“Pretty serious injury in the muscle, calf muscle. Now the recovery starts, or the process starts, let me say it like this,” Klopp said.

“Very sad news for the boy, for us, for Portugal, for everybody.”

It’s a heartbreaking blow for Jota who was to continue to be instrumental for Liverpool in the next eight games before taking on a prominent role for Portugal in Qatar.

But instead, all focus is on recovery and Jota penned an emotional note after the severity of his injury was confirmed, saying he will be supporting club and country during his absence.

“After such a good night at Anfield mine ended in the worst way! In the last minute one of my dreams collapsed,” Jota wrote.

“I will be one more supporting from the outside, club and country, and fighting to be back as soon as possible.

His post on Instagram saw the likes of Andy Robertson, James Milner, Virgil van Dijk and goalkeeping coach John Achterberg all send love back his way.

Jota will be out for a “long time,” we’re talking a number of months, but he does not require surgery, much like Luis Diaz with his knee injury.

With two players on Liverpool’s left flank now unavailable, Klopp has decisions to make as to whether to stick to the 4-4-2 formation with the likes of Fabio Carvalho, Curtis Jones and Darwin Nunez on the left or revert back to 4-3-3.

For Jota, this is his second injury of the campaign having missed the first six fixtures with a hamstring issue and from Klopp’s words, he will now not be back in action until 2023.