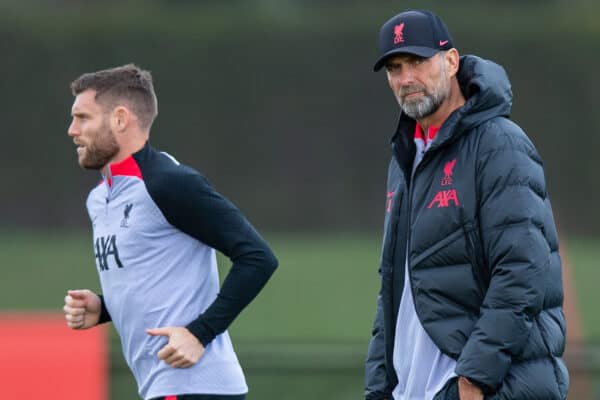 Liverpool will travel to Dubai during the World Cup for a training camp and a second friendly looks to have been confirmed, against Ligue 1’s Lyon.

With the World Cup enforcing a six-week break throughout November and December, Liverpool will base themselves in Dubai for a mid-season training camp.

The plan will see players not involved in the competition enjoy a small break before reconvening for warm-weather training and friendly fixtures.

Earlier this week, it was reported that Liverpool are set to play AC Milan in Dubai during the break, with Arsenal also to face the Italian side whilst in the area.

And now Le Progres, a news outlet based in Lyon, has reported that the French side will meet both the Reds and the Gunners between December 5 and 12.

It is understood that no date has been set for either the Milan or Lyon games, and that it is not guaranteed yet that they will take place in front of supporters.

In a competitive setting, Liverpool last faced Lyon in the Champions League group stage in 2009, with Lyon winning the first fixture and the other ending in a draw.

There is no confirmation as of yet if it is to be part of a sponsored friendly tournament, but the fixtures are likely to be played at Dubai’s main stadium, Al Maktoum Stadium – which has a capacity of 15,000.

The flight time to travel between Dubai and Qatar is just over an hour and it allows any Liverpool player knocked out of the World Cup to quickly transition back into the side.

Pepijn Lijnders explained the move earlier this year, saying: “We decided to go to Dubai.

Liverpool could have up to 17 senior players miss the tournament in Qatar, with only six all but guaranteed a spot in their national squad.

Liverpool players and the World Cup