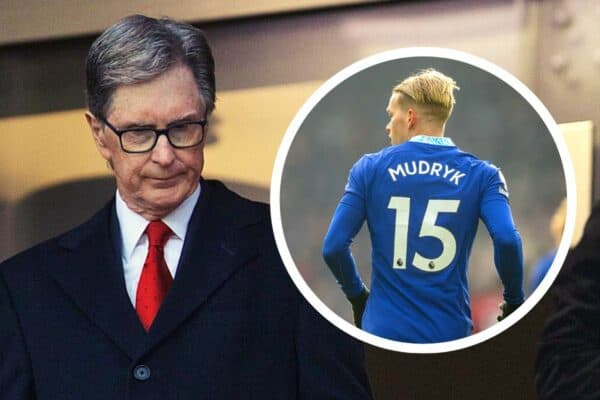 Liverpool to be impacted by new 5-year FFP limit, after Chelsea expose loophole

UEFA are set to introduce a new five-year financial fair play limit on transfers, with Chelsea exposing a loophole in the current system with their recent spending.

In total, they have spent around £190 million in January, and £460 million since Todd Boehly took over as the club’s owner last year.

FFP was introduced to try and prevent the world’s richest clubs from taking up such a scattergun approach with their spending, but Chelsea have managed to find a way around the system.

Mudryk’s move to Stamford Bridge saw him sign the longest contract in Premier League history, with the Ukrainian penning an eight-and-a-half year deal.

Defender Badiashile has committed himself for seven-and-a-half years, with the majority of Chelsea‘s new recruits all signing contracts of similar lengths.

Tying down players to such long contracts has allowed Chelsea to spread the cost of their price tags. In Mudryk’s case, his transfer fee would be recorded as around £10m per year according to FFP calculations. Had he signed a four-year deal, the fee would be around £20m per year.

Now, according to the Times, Martyn Ziegler, UEFA are to introduce a five-year maximum for the length of time over which a player’s transfer fee can be spread.

The new rule looks set to be brought in before the summer transfer window, with a number of clubs believed to have raised concerns over Chelsea‘s spending with UEFA.

There is no restriction on the length of player deals in the UK, despite FIFA’s rule that contracts should be a maximum of five years unless they’re allowed to be longer in certain nations.

Klopp couldn’t help but chuckle in front of reporters when asked about Chelsea‘s spending last week, and did say that Liverpool will also need to invest if they’re to continue competing with their rivals.

There has been plenty of recent talk regarding Liverpool’s relative lack of transfer funds, with Fenway Sports Group on the look out for new investment.

It’s good to see UEFA act quickly to close such a loophole, but not before Chelsea have managed to tie down £460m worth of talent!