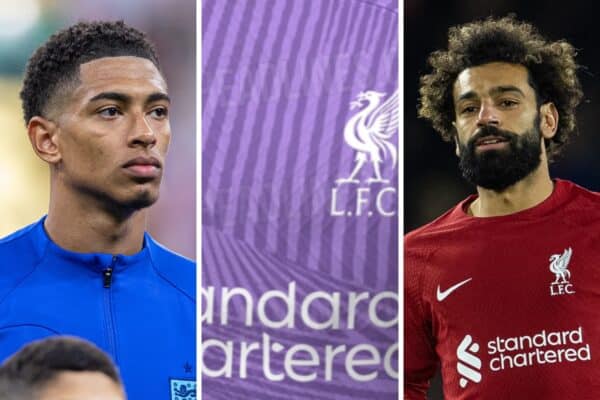 Mohamed Salah‘s agent Ramy Abbas has caused a stir on social media in light of the latest takeover speculation, on a day that has been full of positives after Liverpool’s win on Tuesday.

Liverpool’s takeover rumour mill has been awash with links to Qatar, which has been fuelled by a Liverpool fan account on social media.

This has been furthered by Salah having been spotted meeting with Qatar’s Nasser Al-Khelaifi, the president of Paris Saint-Germain and Qatar Sports Investment, who are reportedly in the market for a minority stake in a football club.

And this is where Salah’s agent Ramy Abbas appears to come into the picture, taking to Twitter to say:

“There isn’t enough shaming of people/outlets who confidently report on stories with ‘hard facts’ which then turn out to be garbage and just random stabs in the dark.”

There isn’t enough shaming of people/outlets who confidently report on stories with ‘hard facts’ which then turn out to be garbage and just random stabs in the dark.

A “random stab in the dark” is certainly on the nose and we sense that his comments pertain to speculation over Salah and Al-Khelaifi’s relationship and a Liverpool takeover that has brought these comments about, and not a report from the Athletic’s James Pearce.

Pearce relayed word from senior sources within FSG on Wednesday that the club are not “on the brink” of selling the club to “a Qatari consortium or anyone else.”

The report goes on to reinforce the belief that FSG will agree to terms with a minority investor, rather than sell the club in its entirety.

Never a dull day, is it?

The Reds won, read all about it!

Highlight reel & match of the night

There’s no need to go over the top but I think you may enjoy this highlight reel of a certain 18-year-old.

The way he invites pressure & beats it. How he opens up his angles. The reading of play, which once he speeds up the thought-process, will make him a ball magnet.

You’ve got two choices tonight, either the FA Cup or the Premier League. In the former, Leeds host Cardiff in the fourth round replay (7.45pm), while Crystal Palace welcome Man United (8pm).

I know which one I’m opting for, what about you?