Liverpool are at home to Southampton in the Premier League on Saturday, looking to make it seven victories in succession to start their season.

Not since 1961/62 had the Reds won their opening six matches in a campaign, but they achieved that feat on Tuesday night.

The dramatic 3-2 triumph over Paris Saint-Germain got Liverpool’s Champions League journey up and running in style, but attention now returns to the league.

On paper, the weekend visit of Southampton is their easiest match since beating Brighton on August 25.

Saints have made an iffy start to their season and we have reached a point where Liverpool are simply expected to win these games, which says a lot about their progress.

That’s not to say that the result is a done deal, by any means, and there is a feeling that Mark Hughes’ side have more quality than just one win in 2018/19 suggests.

Jurgen Klopp‘s men are still yet to fully click in the league, with last Saturday’s victory at Tottenham their best performance yet, and a big display is on the horizon.

Let’s hope Anfield witnesses a masterclass on Saturday, taking Liverpool back to the top of the table. 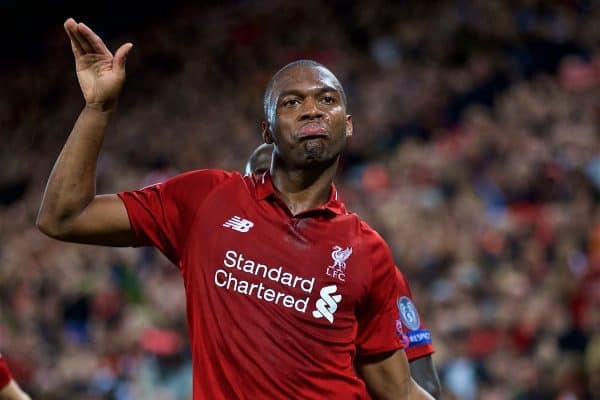 There are no new injury concerns for Klopp, who still has Adam Lallana (groin), Alex Oxlade-Chamberlain (knee) and Rhian Brewster (knee) unavailable.

Dejan Lovren is back in training, as is Dominic Solanke, but neither are set to feature, while Divock Origi is pencilled in for a return on Sunday.

With a League Cup clash with Chelsea to come on Wednesday, and a league meeting with the Blues following three days later, it will be interesting to see how Klopp rotates his squad.

It may be that he goes with another strong-as-possible lineup this weekend, using the cup as an opportunity to ring the changes.

Naby Keita will hope to return to the midfield after sitting on the bench against PSG, but the performances of Jordan Henderson, Gini Wijnaldum and especially James Milner won’t make it an easy decision for Klopp.

Daniel Sturridge shone leading the line on his first Champions League start since March 2012, but Roberto Firmino is expected to start after recovering fully from an eye issue.

Mohamed Salah is yet to find his best form, so Klopp could bring in Xherdan Shaqiri, or play both Sturridge and Firmino.

Danny Ings is ineligible for Southampton due to the terms of his loan move, while Manolo Gabbiadini is out with a hamstring problem.

Last 5 at Home to Southampton 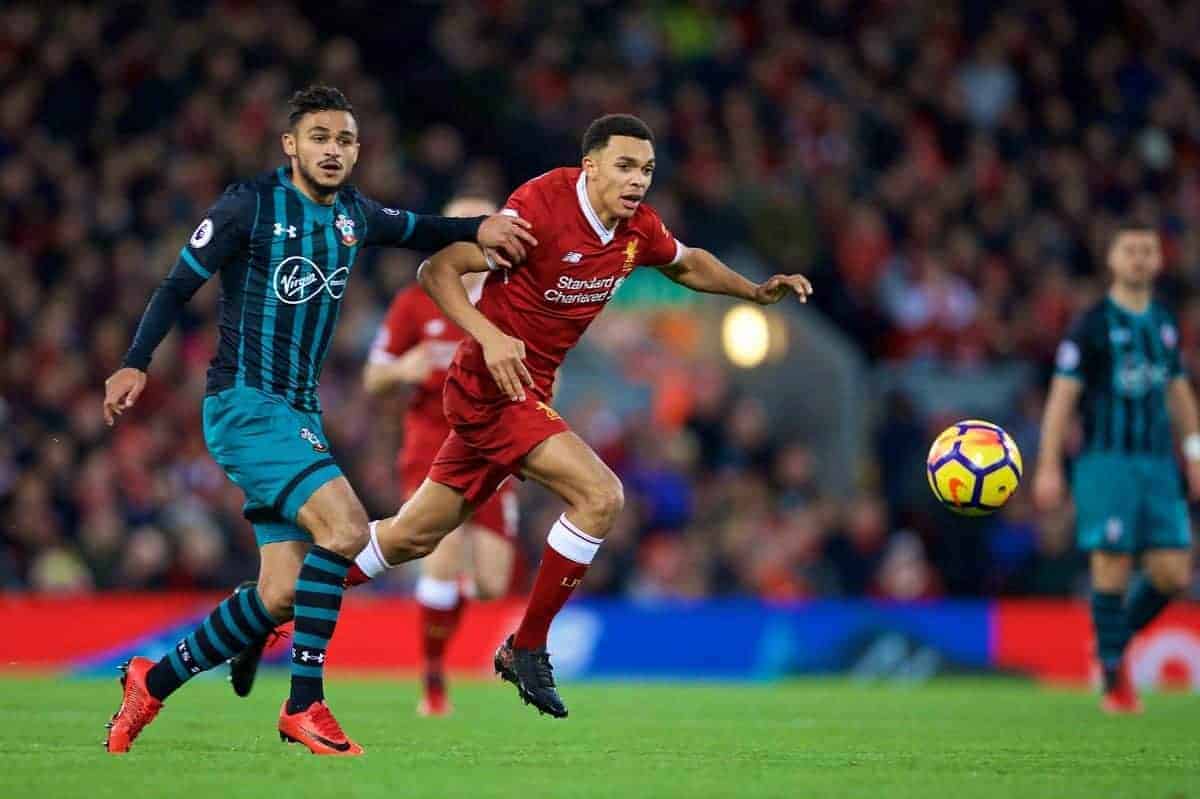 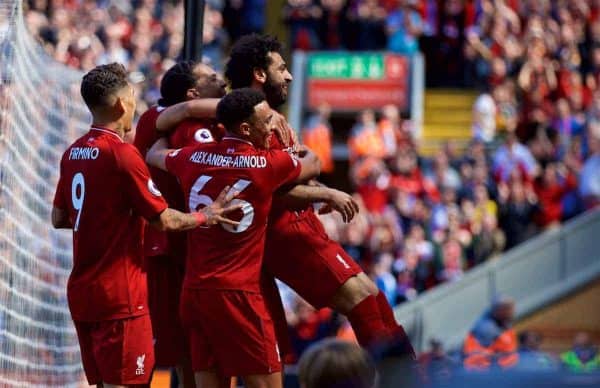 Liverpool have lost just once at home in the Premier League since February 2017—a 2-1 defeat to Crystal Palace in April of that year.

That’s 29 league matches in total, with 19 wins and 10 draws in that time. Thirty not out, this time around?

Speaking in Friday’s press conference, Klopp laughed off claims that Salah is struggling for goals, following criticism of his performances:

“We want him to score as often as possible, that’s how it is. But that’s completely normal that everybody expects that.

“We constantly have to deal with new situations; people are very positive about this player or this player.

“I decide if I talk to him or not, leave him, but with Mo everything is fine.”

It is a rare Saturday 3pm (BST) kickoff for Liverpool—our first of the season, in fact.

There is, therefore, no live coverage of the game on UK TV, so come and join us on our matchday live blog for minute-by-minute updates from Anfield.

Chris Williams is in charge from 2.15pm, keeping you informed and entertained throughout the afternoon.