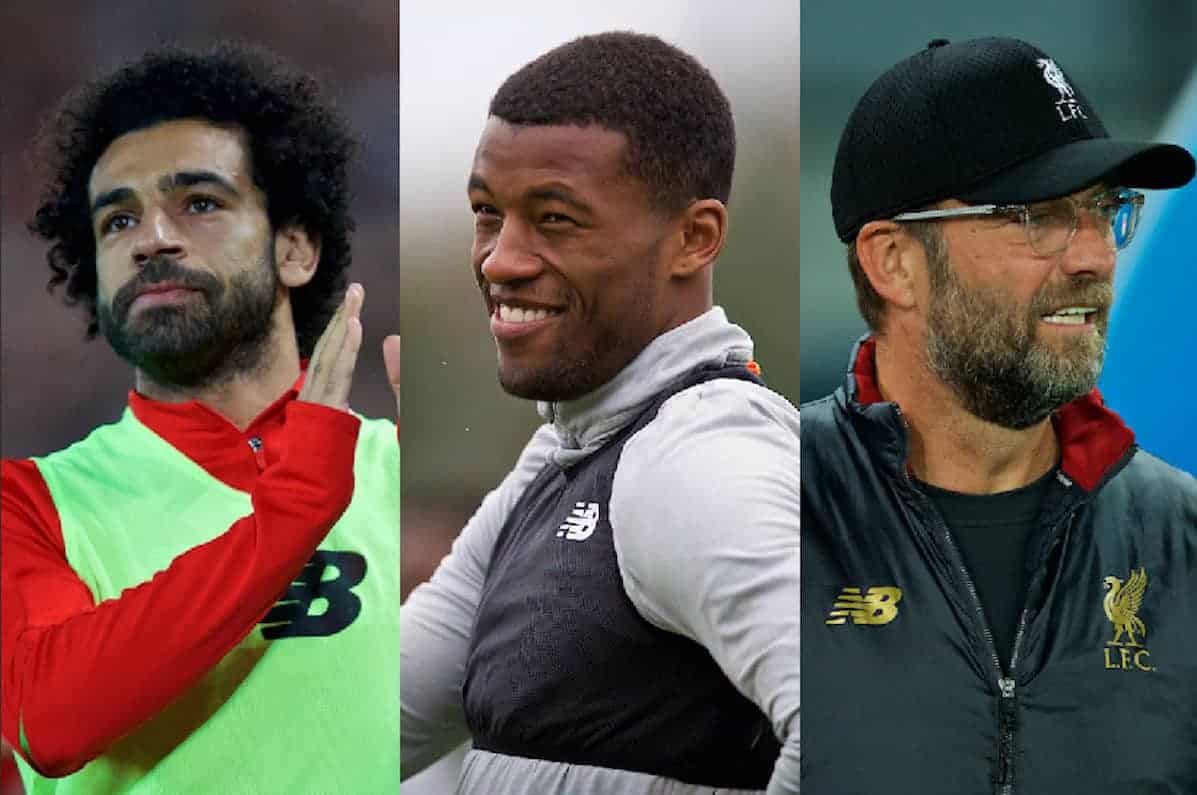 We round up the latest Liverpool news and transfer rumours on Monday, as Joe Gomez prepares to start for England against Spain.

Gomez to Start for England

The Reds’ internationals play their final games of the October break today and tomorrow, with England taking on Spain in Seville tonight.

While Jordan Henderson is conveniently suspended after picking up a yellow card in Croatia on Friday, Gareth Southgate has confirmed that Gomez will start.

“Joe Gomez will be coming in for John [Stones]. He’s in really good form for his club,” the manager explained.

“His matches for us, against Spain and Brazil, have been really polished performances. He’s a young defender, but a very good defender.

“It’s another opportunity to look at a couple of younger players. We’re slowly building a squad who are comfortable at this level.

“The only way for these guys to learn and improve is to play matches like this.”

While this will be a great opportunity for Gomez, and perhaps Trent Alexander-Arnold, to prove themselves on the international stage, it is likely Jurgen Klopp would rather they miss out.

Two players who won’t be in action in midweek are Virgil van Dijk and Mohamed Salah, who have both returned to Liverpool with minor injuries.

Van Dijk’s omission from the Netherlands’ friendly clash with Belgium on Tuesday night was pre-planned, as he continues to carry a rib problem.

Meanwhile, Salah was forced to withdraw from the Egypt squad after limping off with a suspected groin issue in their 4-1 thrashing of Swaziland on Friday.

According to the Times‘ Paul Joyce, Van Dijk, Salah and James Milner are now due to be assessed at Melwood this week.

Milner is set to miss Saturday’s trip to Huddersfield Town, but both Van Dijk and Salah can still be considered likely to feature. 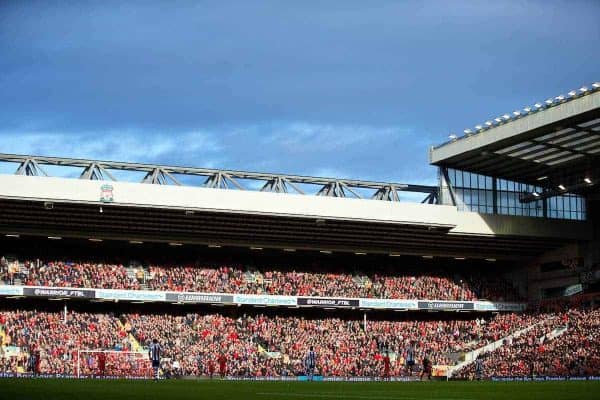 Liverpool are yet to confirm their intentions regarding the expansion of the Anfield Road end, though they continue to explore the possibility.

Speaking to the Business Post this month, CEO Peter Moore explained that the club may apply for further planning permission if required:

“We are looking at a range of options to ensure we have considered all aspects before making any decision.

“These include working up design, feasibility, cost, capacity and economic viability options.

“After that work is completed, and if there is a smarter design option that does not fit with the current outline planning permission, then we would submit another planning application.

“Only once we have completed this comprehensive process and come to a conclusion will it be the right time to move forward.”

This certainly suggests there will be a delay in any announcement regarding the expansion, with the current outline planning permission expiring in September 2019.

Salah’s injury is an undoubted blow, amid claims Liverpool agreed with the Egyptian FA that his game time would be managed carefully.

This has been denied by EFA spokesperson Osama Ismael, however, who told ESPN FC that the accusations are “incorrect”:

“Liverpool’s report did not require anything. But Salah was injured in the first game.

“He will not be able to play the second game.”

Salah scored directly from a corner in that victory over Swaziland, and the hope is he returns having recaptured his goalscoring touch to fuel Liverpool’s title charge.

Klopp is known for demanding a lot from his players, working them tirelessly and ensuring their fitness levels are impeccable.

Gini Wijnaldum is one of those who knows all about the German’s methods, having become a key figure since joining the Reds from Newcastle United.

Wijnaldum’s former Netherlands boss Danny Blind has revealed what the 27-year-old told him about training under Klopp.

“Gini said to me ‘in training with Klopp we play 3v3, with very high intensity, for a certain amount of time’,” said Blind.

This is likely why neither Fabinho or Naby Keita are regular fixtures under Klopp at this stage, with the Brazilian in particular needing time to adjust. 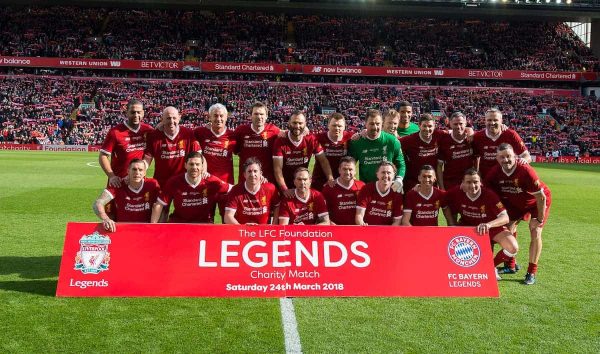 Anfield hosted a memorable Liverpool Legends match back in March, as a star-studded group of former Bayern Munich greats took on their Reds counterparts.

It was a wonderful occasion and the club have now revealed that the sell-out game raised £1 million for the LFC Foundation.

Speaking about the news, Liverpool’s captain on the day Robbie Fowler said he was delighted:

“Raising another £1m for the LFC Foundation is a fantastic achievement, and I couldn’t be happier knowing that it’s going to help fund projects like this.

“[These projects] give fantastic opportunities for local kids to prove themselves and make positive changes in their local community.”

Alder Hey Children’s Charity, Into University and the Liverpool School of Tropical Medicine have also benefited from Legends matches such as the one held earlier this year.