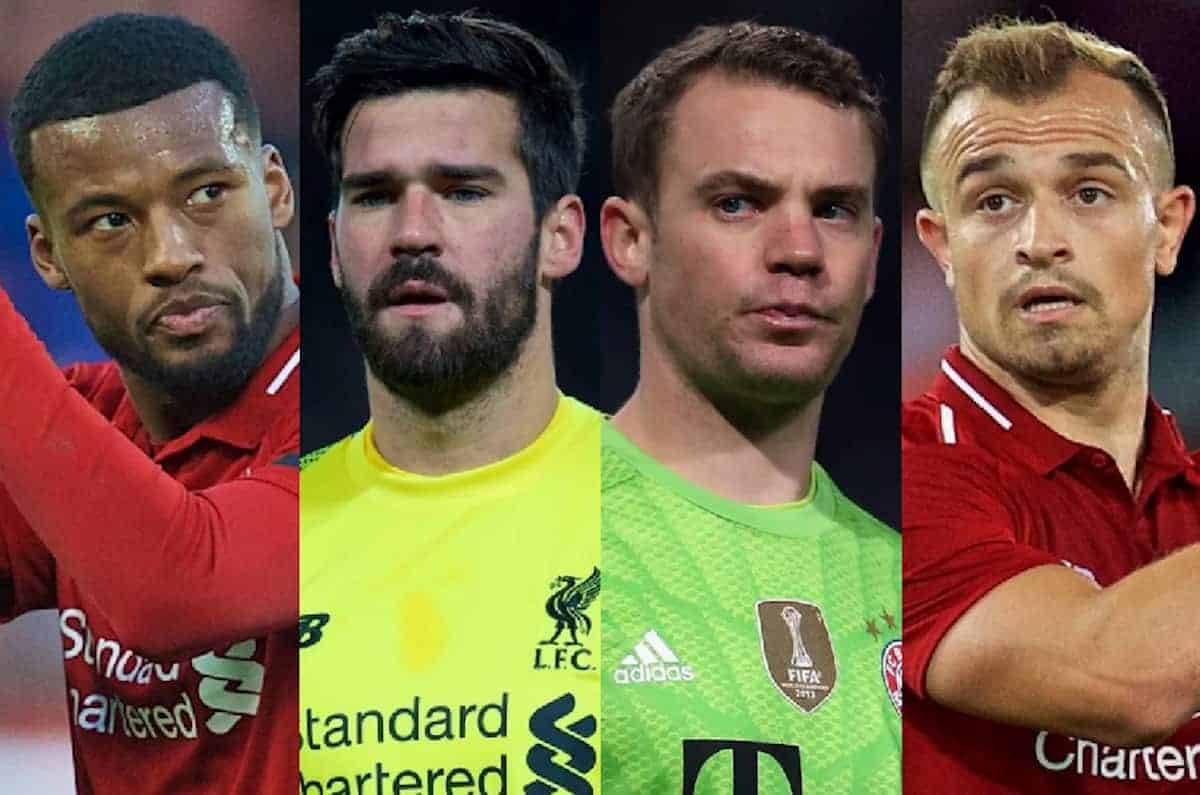 We round up the latest Liverpool news and transfer rumours on Monday, on a day dominated by pre-Bayern Munich content. 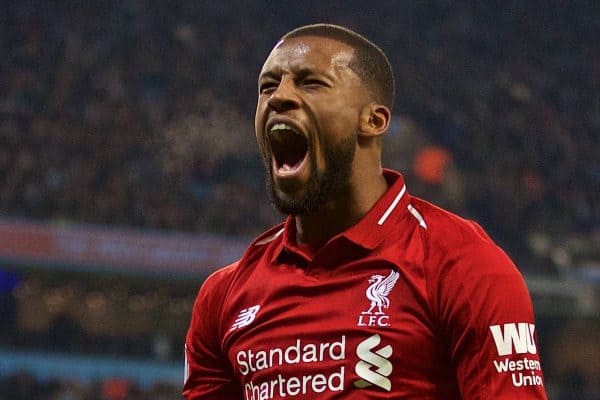 Serge Gnabry has singled out Gini Wijnaldum for special praise ahead of the visit of Bayern, hailing the understated influence he has on the team.

“He works in the background, bridging the spaces between defence and midfield and has a very large impact on the Liverpool game.”

Wijnaldum has been outstanding this season and his performance against Bournemouth was one of the best individual displays of the season by a Liverpool player.

Meanwhile, Manuel Neuer revealed his admiration for Alisson in an interview with ESPN‘s Raphael Honigstein, saying, “I like his style. I’ve seen him at Rome, and I’ve seen him in the Brazil team, he’s doing a great job.” 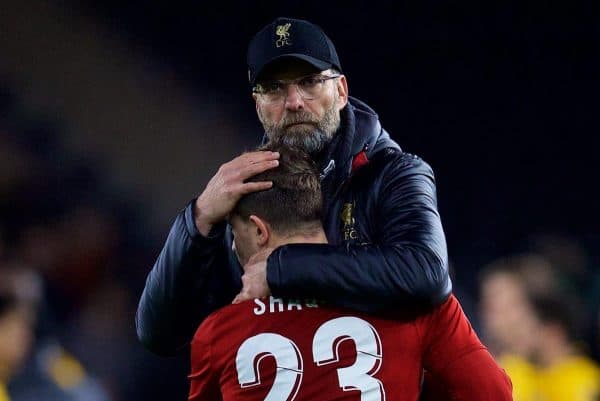 Xherdan Shaqiri has been a worthwhile signing, adding depth to Liverpool’s squad and scoring six goals this season, including a match-winning brace against Man United.

The Swiss has revealed to Sport1 how a FaceTime conversation with Klopp persuaded him to move to Anfield:

“My brother (Shaqiri’s adviser) got a call [from Klopp]. Then Jurgen wrote me an SMS and asked if I could be reached by Facetime. Then I wrote: ‘Sure’.

“So, he called me on the first call with Facetime. That was funny.

“Jurgen called me and wanted to have me in the team. I did not hesitate too long, because I really wanted to play under him in this great club.”

Shaqiri will hope to face former club Bayern on Tuesday night, although a place on the substitutes’ bench seems most likely.

Liverpool will be without Virgil van Dijk against Bayern, with the Dutchman suspended after being booked against Napoli in December.

Alisson is confident that the Reds will be okay without arguably their most important player.

“All the defenders have played so when one comes in and one leaves, we don’t feel that loss because we’re all used to each other,” Alisson told Premier League Productions.

“That the backline are all able to communicate with each other, and know each other really well, is vital for any team.

“Once you’ve cracked it, you’ve got it – and we seem confident.”

It looks set to be Fabinho and Joel Matip partnered at centre-back.

Many are tipping the Reds to the get the better of Bayern over two legs and on-loan midfielder Marko Grujic is one of them.

The Serb was also quick not to dismiss the Bundesliga champions, though, adding that he hopes to possibly watch next month’s return leg at the Allianz Arena.

“It’s changed. Now everybody is like: ‘Liverpool will go through, 100 percent,” Grujic told ESPN FC.

“But with Bayern, you cannot be sure that much that Liverpool will go through. Looking from the form point of view, Liverpool is a much bigger favourite, I would say.

“I’m looking forward to it. Maybe I have the chance to go see it in Munich because it’s not too far.

“They are two really quality teams and two of the biggest teams in the world. It will be enjoyable for us to watch the game.”

Joshua Kimmich will hope to star for the Bundesliga giants at Anfield, but the young right-back is not exactly brimming with confidence.

In an interview with the Telegraph, Kimmich said he feels Liverpool’s favourites’ tag is justified, following an up-and-down season for Munich:

“Liverpool are the favourites.

“They have lost one league game all season and have let in only 15 goals. But when you look at us, we are not as consistent as before.”

Kimmich is considered the future of Bayern and one of the best young right-backs in Europe, along with Trent Alexander-Arnold.

It has been a frustrating 13 months for Rhian Brewster, with a serious knee injury keeping him out of action since last January.

Liverpool’s U23s manager Neil Critchley has outlined that a return to action is close, explaining that he will reassess things in “the next few weeks”:

“It’s great to see Rhian back. He’s been out for too long really but injuries are part and parcel of football.

“He has remained positive throughout his rehabilitation programme, he has had good support from the physios at Melwood and the players down there.

“He would have been hugely frustrated at not playing but he’s a very positive boy and hopefully he can remain injury-free and start to build up his general fitness, get his rhythm back and we’ll see where he is in the next few weeks.”

Klopp is believed to be a big admirer of Brewster, seeing him as a future first-team player once he returns to full fitness.

The U23s head to West Ham on Monday night for a Premier League 2 clash.

United Pair Could be Fit

According to the Mirror, Man United duo Jesse Lingard and Anthony Martial might be fit to face Liverpool on Sunday afternoon.

Ole Gunnar Solskjaer had seemingly ruled them of contention after they picked up respective hamstring and groin issues in the 2-0 defeat to Paris Saint-Germain last Tuesday.

The report states that the injuries as are “not as bad as first thought”, however, with Lingard and Martial pushing hard to start this weekend. We shouldn’t be too surprised.