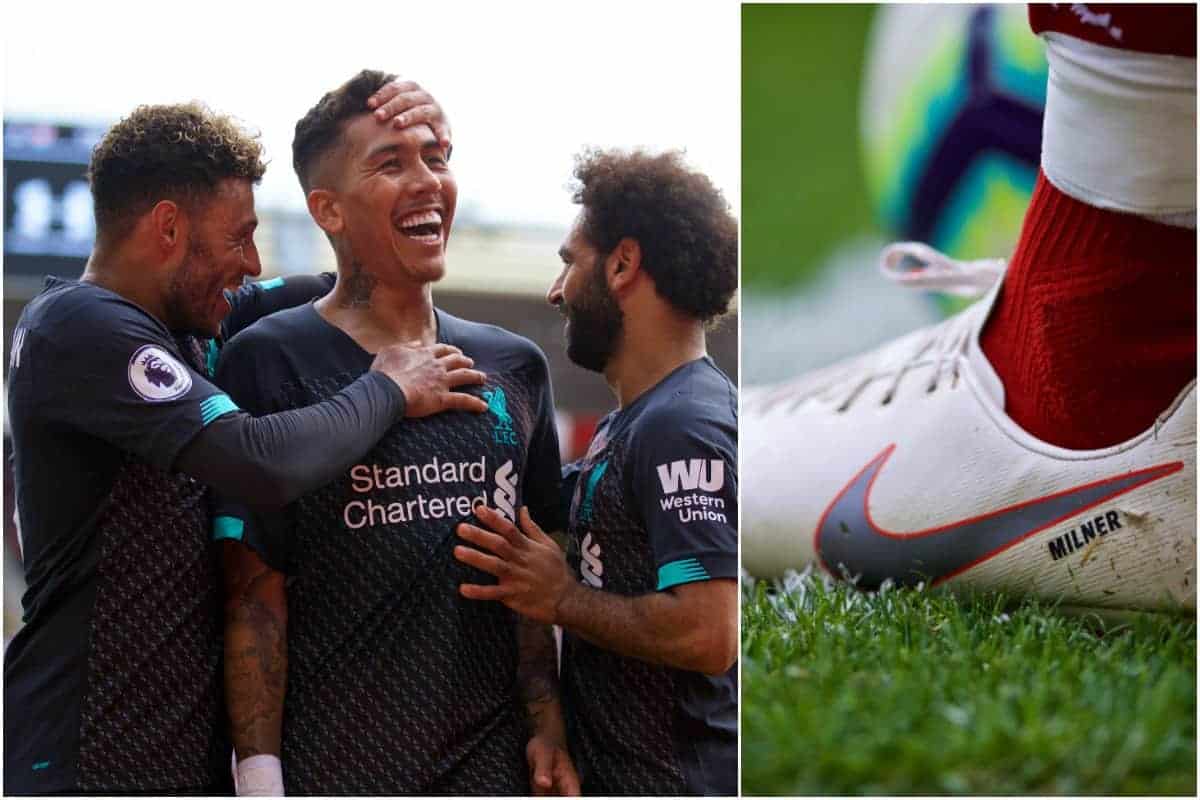 Liverpool are claimed to be “on the verge” of agreeing a new long-term kit deal with Nike which “could be the richest in the Premier League.”

The Reds’ current terms with New Balance expire at the end of the campaign, and the club have been weighing up their options as they seek to capitalise on their recent growth.

Winning the Champions League in June and establishing themselves as genuine contenders for the Premier League title under Jurgen Klopp has boosted their profile significantly.

And with their deal with New Balance worth just £45 million a year, the aim is to secure an increase to at least £75 million a year, surpassing Man United‘s record deal for an English club with Adidas.

Back in April, it was reported that Liverpool were in “advanced talks” with Nike, though Adidas also emerged as a possible candidate.

Now, Forbes claim in their profile of the Reds’ finances that the club “is on the verge of signing a new kit deal with Nike that would begin with the 2020/21 season and could be the richest in the Premier League.”

It is important to note that this may be a throwaway line based on previous speculation, but Forbes are a well-respected source when it comes to finances.

Four months ago it was stressed that Liverpool were “not yet close to striking an agreement,” but this would indicate that there has been a major step forward in talks.

Nike’s biggest kit deal to date is with Barcelona, paying the Liga side £1 billion over 10 years, while their largest with an English club is a £900 million, 15-year agreement with Chelsea.

New Balance retain first refusal over an extension with the Reds, but would need to match the offer of any prospective successor, which they are unlikely to be able to afford.

Either way, Forbes‘ claim could speed up the process of either an announcement or a dismissal, with Liverpool now in the final year of their existing deal.