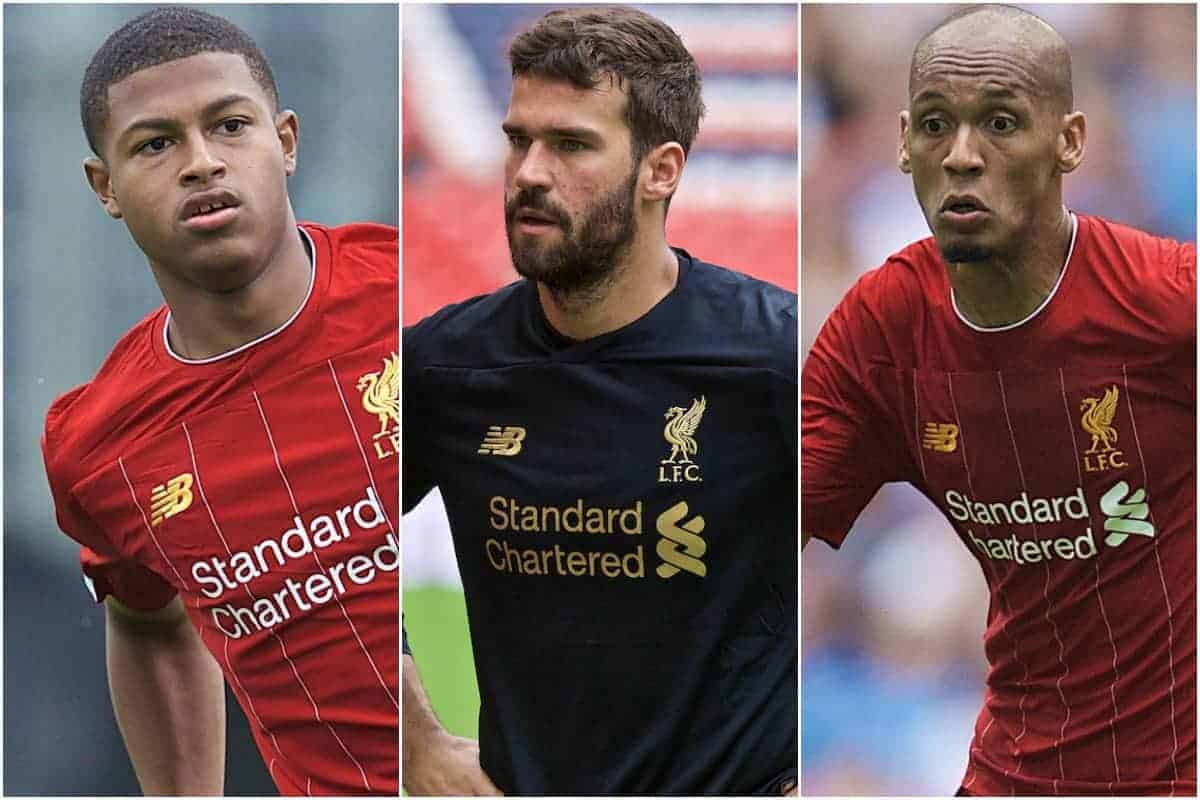 We round up the latest Liverpool news and transfer rumours on Thursday, as preparations continue for the weekend trip to Chelsea.

Liverpool’s all-important home clash with Man City in November has been rescheduled for broadcast.

The game will now be held at Anfield on Sunday, November 10, kicking off at 4.30pm (GMT) and will be live on Sky Sports.

It is the only Reds fixture moved for the Premier League that month, meaning Jurgen Klopp‘s side are set for three Saturday 3pm kickoffs. 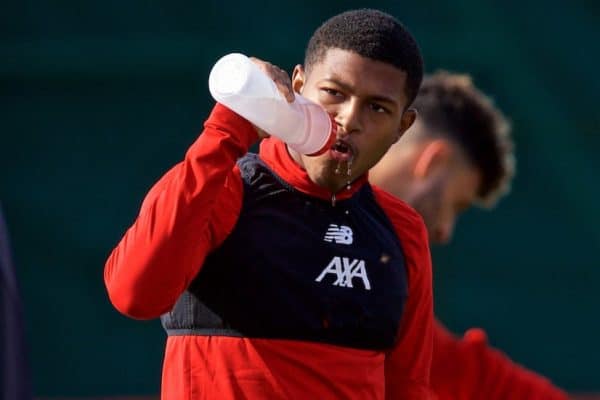 Rhian Brewster was tipped to be a firm fixture in Liverpool’s first-team squad this season, but it has been a slow start for the youngster.

The 19-year-old has only been in one matchday squad—the UEFA Super Cup win over Chelsea—as he still awaits his senior debut.

According to the Liverpool Echo‘s Paul Gorst, that could come on Tuesday against MK Dons, giving his opinion on the matter in a lunchtime Q&A:

“The upcoming game against MK Dons is viewed, from the academy’s perspective at least, as the ideal match for Brewster’s senior debut.

“Roberto Firmino’s excellent early season form has made Brewster’s wait extend ever so slightly, but there is no concern that he will become agitated in the same way Bobby Duncan did.

“Brewster has been assured that he has a real future at first-team level. We will see him soon, no question.”

It will be a hugely exciting moment if Brewster is handed his Liverpool bow, considering what a special talent he is.

Alisson is expected to miss out on winning the Ballon d’Or later this year, with Virgil van Dijk the clear front-runner for the award.

Fear not, though, because the Brazilian could be in line to scoop a new prize instead.

France Football have revealed that the world’s best ‘keeper from this year onwards will receive the Yachine Trophy, named after legendary stopper Lev Yashin.

Alisson should only really have competition from Ederson and Marc-Andre ter Stegen, but it’s hard to see him not winning it.

The inaugural winner will be announced during the Ballon d’Or ceremony in December, with the nominees revealed on October 21.

Shaqiri “Downbeat” but Realistic at Liverpool 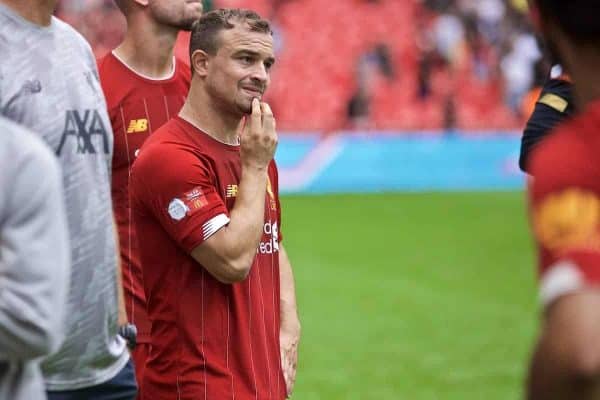 Xherdan Shaqiri just cannot force his way into Klopp’s plans at the moment, with a late cameo at Napoli the best he could hope for in midweek.

The Swiss admits it is a testing period in his career, having become accustomed to being a regular elsewhere.

“It is not easy for me, of course I am a little downbeat,” Shaqiri told Teleclub.

“You have to be able to handle that and you have to accept it, I was always still in the squad. You cannot ask the coach to play every match.”

It’s extremely difficult for Shaqiri to earn playing time at the moment, given the brilliance of the front three and Klopp’s faith in five different midfielders.

Kante Back for Chelsea

Fabinho has been hailed as the best defensive midfielder in the business this week, by none other than Gary Neville.

The Brazilian faces stiff competition from N’Golo Kante in that respect, though, with the Frenchman colossal over the past four seasons in England.

Kante has been an injury doubt for Chelsea‘s clash with Liverpool on Sunday, but trained with his team-mates on Thursday.

Antonio Rudiger and Mason Mount were both unavailable, however, and they face a race to recover from respective groin and ankle issues.

Left-back Emerson Palmieri should be in contention after returning to full fitness, but young English pair Ruben Loftus-Cheek and Callum Hudson-Odoi are still out. 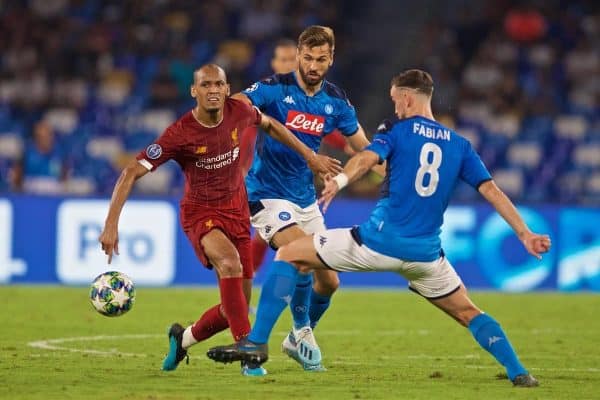 Fabinho was magnificent in a losing cause on Tuesday night, shining in all facets of his play.

One of the most unsung aspects of the 25-year-old’s game is his subtle use of the ball, with an ability to thread incisive passes between the lines.

In an interview with LiverpoolFC.com, Fabinho said the effectiveness of the front three helps in that respect, allowing him to be forward-thinking.

“I try to read the game as to when I can pass the ball forward or not,” Fabinho said.

“I know with the players we have up front there are always going to be options there, especially as we have Bobby [Firmino] who comes deep a lot and helps in the creation of plays.

“With the quality of our attacking players we know that if the ball comes to them, even if it’s not that good a ball, you know they’ll do something with it and start a good attacking move.

“That’s why I like to play the ball forward.”