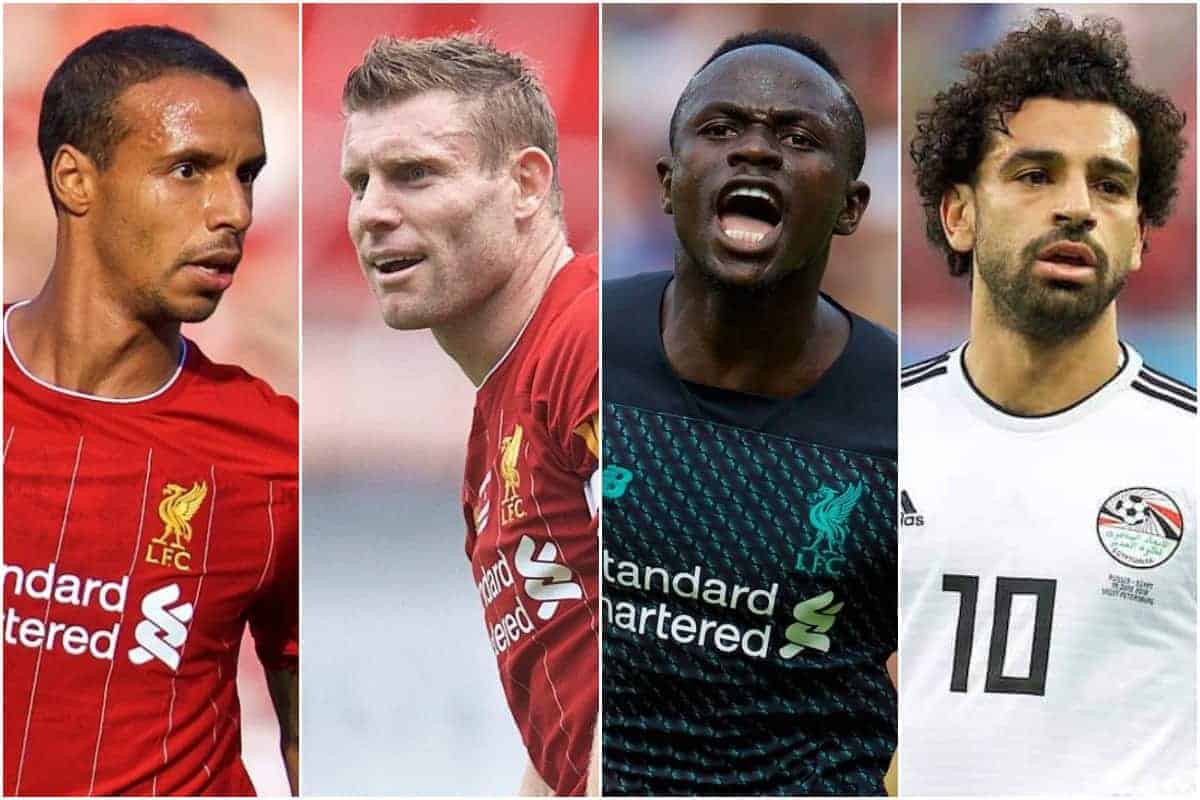 We round up the latest Liverpool news and transfer rumours on Tuesday, with the first-team squad making their way back to Melwood after the international break.

Along with Gini Wijnaldum and James Milner, Joel Matip was considered one of the Reds’ biggest priorities at this stage in terms of contract extensions.

However, there had been some confusion over the length of the No. 32’s current deal, having reportedly signed for a four-year spell on his switch from Schalke 04 in 2016.

Matip himself revealed he had two years remaining with Liverpool in a recent interview, and it transpires this is due to the club triggering an automatic extension on his existing terms.

The Athletic‘s James Pearce has relayed the news, insisting that ensures that Matip and Wijnaldum “aren’t currently a priority.”

One player Pearce stresses should be a priority, however, is Milner, whose contract is set to expire next summer.

The vice-captain turns 34 in January, and though his game time is diminishing, he is considered a positive influence for the Reds both on and off the pitch.

Pearce reports that, after the club turned down an approach from Milner’s representative towards the end of last season, they have now held “preliminary talks” over an extended stay at Anfield.

He adds that “more dialogue is set to follow,” though there is no indication at this stage that a new deal is guaranteed.

One Liverpool player who does not require a new contract is Sadio Mane, who signed a new five-year deal in November worth around £150,000 a week.

The No. 10 has been tentatively linked with a move to Real Madrid in recent months, but there is no chance Mane will be leaving Merseyside, as he told Complex:

“To be honest, I’m really happy to be a part of the club, the family here.

“We have the best fans in the world here, so I’m always so thankful for the support.

“It’s not just great for me too—it gives the whole squad more motivation to perform.

“It keeps us hungry to get better and better together…I really struggle to describe how happy I am to be here!”

It was revealed on Monday that Mane, Alisson, Virgil van Dijk, Fabinho, Andy Robertson, Mohamed Salah and Roberto Firmino were all in the top 100 rated players in FIFA 20.

Now, as reported by the Liverpool Echo, ratings for the entire first-team squad have been released:

The demo for FIFA 20 was released on Tuesday afternoon, with Liverpool among the playable sides; the full game is available from September 27.

Jurgen Klopp has enjoyed the luxury of many of his key players missing international duty this month, chiefly Salah and Mane.

Neither Egypt or Senegal organised friendlies for September, which allowed the pair to spend a week off before reporting back to Melwood on Monday along with a host of youngsters.

However, it has been claimed that Salah could have been required to play after all, but an issue with paperwork saw Egypt pull out of a proposed clash with Ukraine in Dnipro.

Ukrainian journalist Igor Burbas took to Twitter to report that a contract between Egypt and Ukraine required Salah’s participation, but “there were not enough signatures on the paper.”

Nigeria took Egypt’s place, and Klopp will no doubt be thankful.