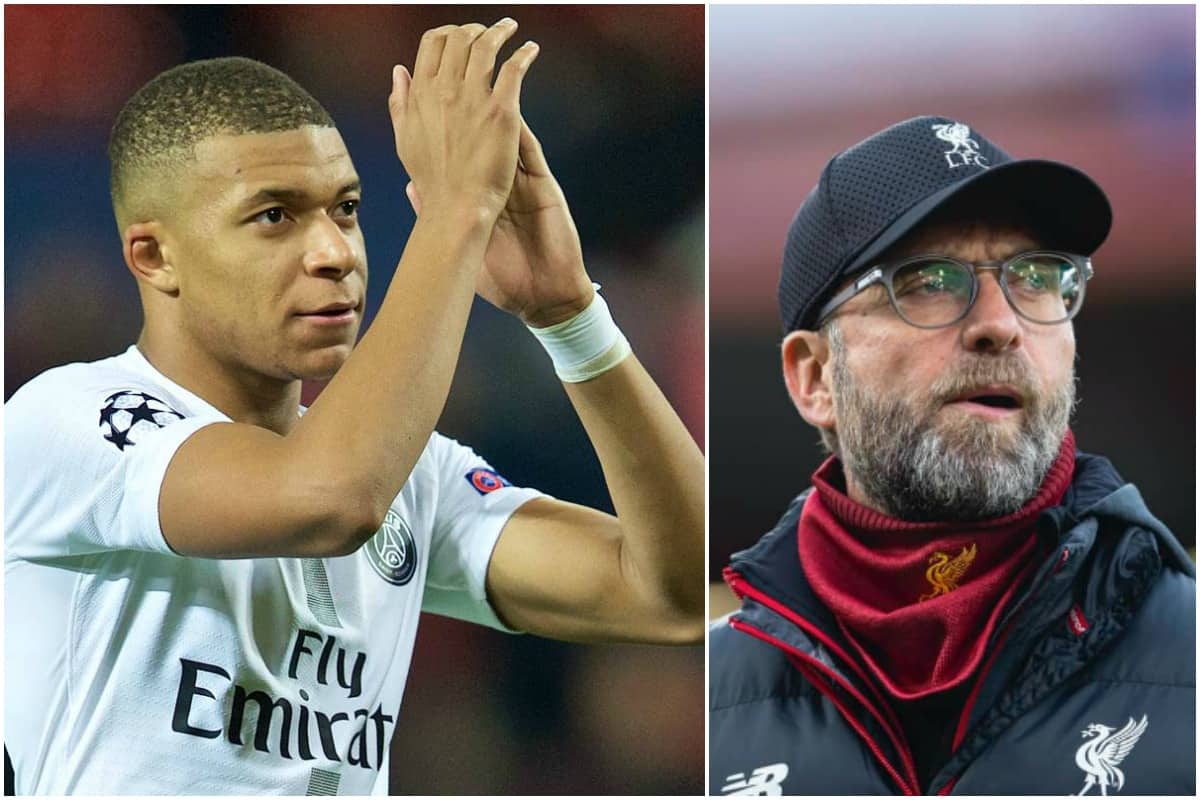 A report in France this weekend has claimed that Jurgen Klopp has contacted Kylian Mbappe’s father to seek out his son’s interest in a move to Liverpool this summer.

Liverpool’s interest in the 21-year-old forward has been longstanding, dating back to 2016 and his time at Monaco when the then-17-year-old was not the global superstar he is today.

And in 2017 it was claimed Liverpool made a £87 million bid for the French forward, with the Liverpool Echo’s James Pearce later insisting Liverpool’s forward options were ‘Mbappe or nobody.’

Since then, Liverpool have remained with Roberto Firmino, Sadio Mane, Mohamed Salah and Divock Origi as their forward options.

But with the Africa Cup of Nations scheduled to take place mid-season in January 2021, a new forward is high on Klopp’s priorities this summer, with Timo Werner so far heavily linked with a move to Merseyside.

Now, according to LeSport10 in France, Klopp has phoned Mbappe’s father, Wilfried, regarding a potential transfer for the prodigiously talented player.

It’s said that Klopp personally declared Liverpool’s interest in the World Cup winner and explained his vision for the player.

Mbappe signed for PSG from Monaco in 2018, reportedly for €145 million plus €35 million in add-ons, which made him by far the most expensive teenager in football. His current contract with the Parisiens expires in 2022.

This season he has 18 goals in 20 appearances, plus seven assists. Overall he has scored 117 goals in his 181 career appearances – a phenomenal strike-rate.

It’s claimed that Mbappe would cost £250 million, with some English reports suggesting this would be funded by the sale of Sadio Mane to Real Madrid for £150 million.

However, perhaps Klopp and Liverpool see a potential opportunity with transfer fees likely to be affected the coronavirus pandemic.

Liverpool’s interest in Mbappe was stoked after the Reds signed a lucrative sponsorship deal with Nike last year, leading to a somewhat speculative and ironic #Mbappe2020 campaign on social media that then gained traction in the mainstream media.

Klopp said of the player last year: “I saw Kylian Mbappe when he was 16, everybody knew: ‘Yeah, wow, that will be absolutely amazing’.

Last November, the Liverpool boss said of the links: “Buying this calibre of player is difficult. I don’t see any club at the moment who can buy Kylian Mbappe from PSG. 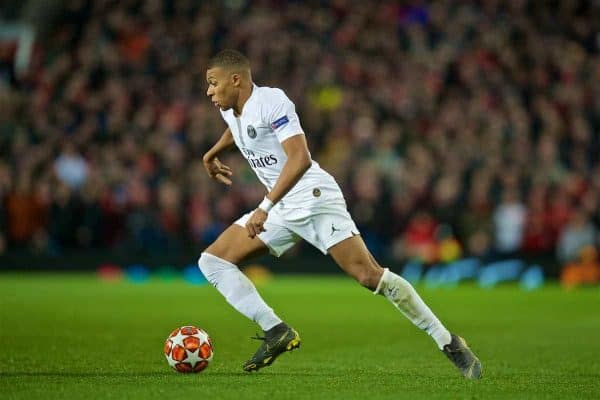 “I don’t see any club; that is how it is. And we are involved in the clubs that cannot do it. It is as easy as that.

“OK, from a sporting point of view, there are not a lot of reasons to not sign him. What a player he is.

“But it is about the money, of course. No chance. Absolutely no chance. Sorry for killing that story!”

Mbappe himself was full of praise for Klopp’s side, praising last year: “What Liverpool do in this moment is amazing. They’re like a machine, they’ve found a rhythm and are like we play again, we play again.

There have been hints at Mbappe’s unrest at PSG and the club themselves have reportedly accepted that the player himself will move on for new challenges, but whether Liverpool can be that club we can only wait and see.